Millie Bobby Brown may use brute force against demon monsters in “Stranger Things,” but the teenage actress relies more on intelligence to outsmart the 500-foot-tall behemoths in the new Godzilla film. Brown plays Madison Russell, the quick-witted 14-year-old daughter of two divorced scientists who are each thrust in the middle of an epic earth-shattering battle in “Godzilla: King of the Monsters.”

“The characters are completely different. One’s got superpowers, and one doesn’t,” said Brown, who portrays the mysterious Eleven, who wields telekinetic superpowers in the Netflix sci-fi series “Stranger Things.” “I’ve never played a daughter before, so that was actually really quite different,” she said. “Usually I’m like adopted or like an orphan or something like that. I’ve never had a good upbringing in a project I’ve done.” The film, out Friday, is the first starring film role for the British actress.

Vera Farmiga, who plays Madison’s mother Dr. Emma Russell, called Brown a professional who made the jump from TV to the big screen in a “confident stride.” “She’s an old pro at it,” Farmiga said of the 15-year-old Brown. “She’s a student. If she wasn’t on screen, she was at the screen like looking at the different ratios of film and studying everything. She’s a quick study.” 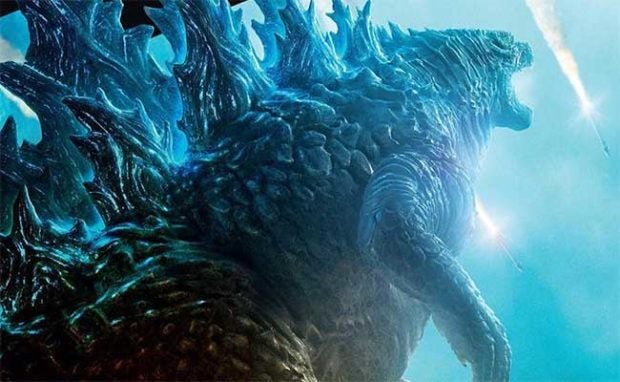 “Godzilla: King of Monsters” is a follow up to 2014’s “Godzilla” reboot and the 35th film in the franchise that began in 1954. The sequel highlights the battle between Godzilla and other monstrous creatures called the titans including Rodan, Mothra and his three-headed nemesis King Ghidorah.

Brown said director Michael Dougherty helped her evolve in scenes where her character had to grow from being “pretty simple” to become “complicated.” The young actress will also star in the sequel “Godzilla vs. Kong,” which recently wrapped up filming and is expected to release next year. The films are part of Warner Bros.’ MonsterVerse featuring Godzilla and King Kong, which underwent his own big screen makeover in 2017’s “Kong: Skull Island.” Brown said the new Godzilla film is a culmination of the cinematic legacy of the radiation-spewing reptilian monster, who she jokingly called “a bit of a diva. Hard to work with occasionally, but all right.”

O’Shea Jackson Jr., who plays a military officer, said as a child he would park in front of the television and watch Godzilla movies with his father, rapper Ice Cube, and brother and uncle. “I was born to play in this film,” he said giddily during a recent interview. “I never thought in my wildest dreams, except for playing as a little kid knocking down Legos with Godzilla.” Brown said the new Godzilla is suited for fans like Jackson. “Imagine all the others that like, teenage boys have created in their bedroom with Legos, you know? So for me, it’s part of a love story with all of these incredible movies and these die-hard fans that literally come here, not to see any of us, but to see that monster. I think it’s so powerful,” she said at the film’s premiere.

Dougherty said the new film is sort of a passion project because he’s been a fan of the Godzilla story since he was a child. He praised film production company Toho for originally creating Godzilla and pioneering the “concept of a cinematic universe. “I grew up with the guy. I feel like I’ve been best friends with Godzilla since I was old enough to walk,” said Dougherty, who also co-wrote the film. “I used to draw Godzilla in my Bible in Catholic school. Much to the chagrin of the nuns. He was sort of my spirit animal growing up in the weirdest way.” “Godzilla: King of Monsters” follows the efforts of the secret crypto-zoological agency Monarch as it faces off against the ancient monsters who were thought to be myths at first, but rise up to once again put humanity in jeopardy. The film touches on overpopulation and the monsters’ impact on climate change through radiation that causes earthquakes, forest fires, hurricanes and tsunamis.

Dougherty said he wanted to highlight Godzilla and other monsters as iconic figures. He also felt the need to show compassion toward the main character, who he says is misunderstood.

“You know with Godzilla and the other creatures, they have something to tell us if we are willing to listen,” he said. “They’re not just monsters for the sake of having monsters. They’re truly mythic. I really wanted to elevate the creatures in a way and really portray them as sort of these ancient deities. Go biblical with them. I just felt like that would make them resonate a little bit more than just seeing big animals, beating the crap out of each other, really giving them personalities and souls.”