Father and daughter Ganthel and Lexy Vergara hope that justice will finally be served 16 years after the Rebeny Grageda’s murder. CONTRIBUTED

OAKLAND, California — The family of a murder victim hailed United States authorities and local Philippine police for the recent deportation and detention of the alleged perpetrator– a Filipino fugitive who hid in California after committing the crime in 2003.

Ganthel Vergara, husband of murder victim, Rebeny Grageda Vergara, and their daughter, Alexandra or Lexy, heaved a big sigh of relief that murder suspect Ezra Dave Maling was deported on May 15, 2019 and is now behind bars in Cainta City, where he allegedly strangled Rebeny with a leather belt.

The victim’s then five-year-old Lexy found her mom lifeless when she tried to wake her up on that fateful morning of March 17, 2003. 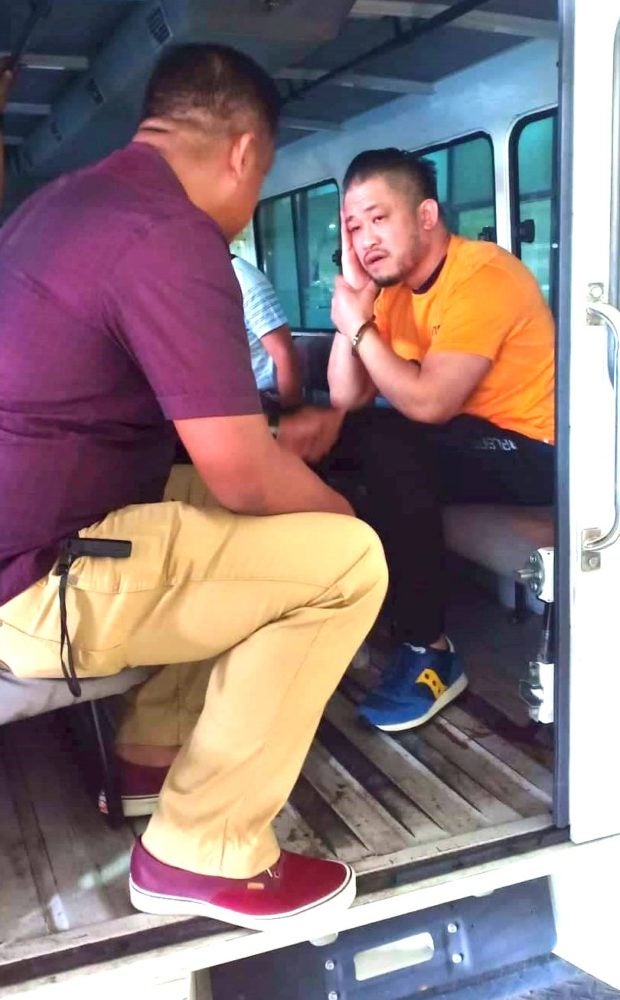 Ezra Dave Maling (in orange shirt) aboard a police vehicle in handcuff was clueless that he was going to be arrested by police after being deported from the United States. CONTRIBUTED

Lexy had to see a psychiatrist to recover from the trauma she suffered after the gruesome discovery and leave for the United States to avoid being in the home where the crime was committed.

It took 16 years before the Vergaras saw a glimmer of hope that justice would be finally served even as Maling proved determined to avoid prosecution.

Now a chef at a Filipino restaurant in Virginia, Ganthel wants Maling to be found guilty and given capital punishment of life imprisonment, or death if death penalty is restored in the Philippines.

Ganthel continued monitoring Maling’s movement right after Maling allegedly stole money from a local Hayward, California church and disappeared. The same church had worked for Maling’s permanent resident status after hiring him as musical director after he escaped from the Philippines.

Maling, who turned out to a have wife and three children in Fremont, was not heard of then, until he was reportedly arrested by Yuba City California Sheriff’s operatives on February 7, 2015 for immigration fraud and was also being considered for deportation.

As this developed, Lexy, now a working student based in Washington, DC, received private messages and pictures on Facebook messenger supposedly from a Philippine policewoman trying to reach her.

But frustration got the better of Lexy when she was not able to hear from the policewoman again. She thought that it would be another case of having her hopes high but ending up with nothing again.

That was until Ganthel himself texted her to say that Maling would finally be deported through Immigration and Custom Enforcement (ICE) agents and would be turned over to local police once he landed in Ninoy Aquino International Airport in Manila. Ezra Dave Maling in Cainta Police custody after his arrest on May 15, 2019 upon landing at the Ninoy Aquino International Airport. CAINTA POLICE

Lexy did not respond to his dad’s text messages as she was in shock and did not really know how to react.

It turned out that Ganthel was also contacted by Cavite Intelligence Group policemen, also through Facebook messenger, to inform him that Maling was facing deportation and would be turned over to them once he landed.

Their initial contact bore fruit as Ganthel was constantly informed of developments and sent pictures — from the arrival of the handcuffed Maling to his final turnover by the Cavite Intelligence Group to the Cainta City Police, which has jurisdiction on the case.

“As Maling was being turned over to the police officers, he had the temerity to ask for the arrest warrant against him. He then dismissed what was shown him for being an old warrant. It turned out that Maling never knew he was going to be turned over to police authorities after deportation to face the murder charges he tried to escape from,” Ganthel narrated.

Rebeny’s twin sister, Rebedy, and other relatives were also there to give a detailed account of the proceedings and even sent pictures to both Ganthel and Lexy through their smart phones.

“It was only when I saw the pictures that he was in the custody of the police that it hit me and I just cried. I am mad, frustrated but I definitely felt much better. I feel happy that at least right now my Mom is resting in peace although justice is on the way yet but at least we are getting there,” a sobbing Lexy recalled.

“I feel like I can talk about it more comfortably just because there is justice now somehow that he is in custody. He is gone now and can no longer do this with somebody else. He is going to pay for his crime now.” 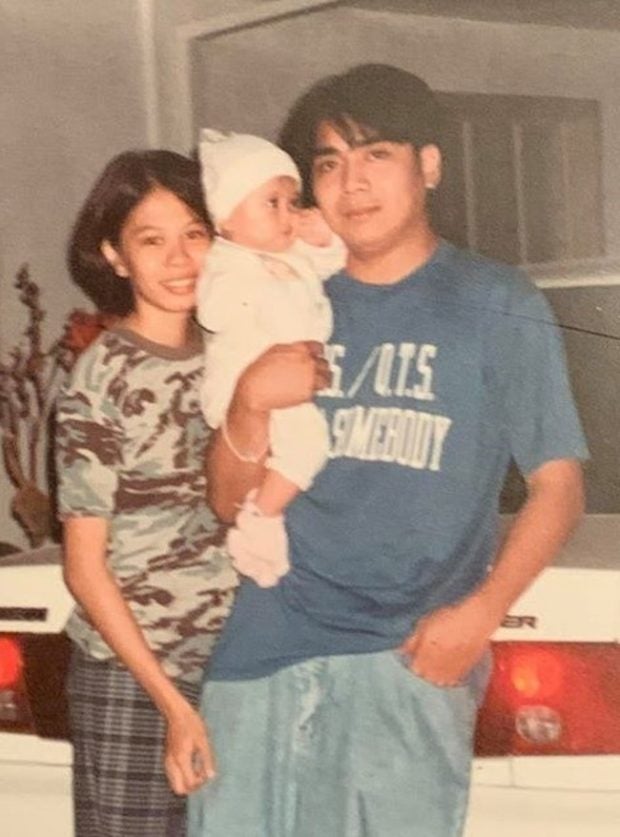 Lexy admitted that she initially considered forgiving Maling if ever they met, but everything changed after learning from her cousins that Maling dared ask them where Lexy was and then smirked.

“Suddenly, I was very angry because I felt like he did not regret any of it. Why would he smirk at us? It is like rubbing salt on the wounds of the past,” Lexy said.

“For the last sixteen years, I didn’t like Mother’s day. Nakakainggit (I feel envy). It makes me feel bad that I could have taken my mom to places. But I was thankful for the time that my Dad was there. He was there all the time. There were times that we didn’t understand each other. With me being a girl he cannot understand what I go through like a mom would. He tried. He did his best and I am very grateful for that.”

When asked how challenging it was growing up without a mom, Lexy confessed not feeling comfortable particularly when being asked where her mom is.

“My close friends knew what happened to us but not a lot of people do. (To other friends) I always say that she got into an accident and is gone. I never talked about it to them because it would be too much for me to do that,” confided Lexy.

In the coming days, both Ganthel and Lexy hope that Maling remains in jail and not be granted bail.

“I just want him to be away for sure by remaining locked up in jail. I also hope that he admits it. It is so crazy how he denies it and keeps saying he is innocent. I hope he admits it and that something in him would make him admit it. Oh, my God… crazy man, crazy man,” insists Lexy.

Ganthel is wary that Maling’s lawyer-brother may be able to help him get out on bail and may even get him acquitted. But he is confident that the case against Maling is strong as Maling supposedly emailed Rebeney’s twin sister, Redeny, right after the crime was committed, apologizing for Rebeny’s death.

Unlike Lexy who does not feel for Maling’s family, Ganthel feels bad that they would not have a father physically with them, but he reiterates that this is the price Maling has to pay.

Ganthel also want those who hid Maling from authorities to be charged in court for harboring a criminal.

“I don’t feel for his family either, for they hid him from us. I am not going to have my mom for the rest of my life, so it is like a fair thing if they are not going to have that man with them in the family. I hope that everybody who loses somebody in their lives gets the justice they deserve and not have to wait for it for 16 years like we had to.”

There is a Go Fund Me account to help defray the Vergaras’ legal fees in their efforts to get the justice Rebeny deserves. https://www.gofundme.com/justice-for-reb?utm_source=facebook&utm_medium=social&utm_campaign=fb_co_campmgmt_w&fbclid=IwAR1YpfHKBO7FyvQ39NZ0Egdzkwe7U4rjZYDNJwyeWroIt7IpigT233NtUDo.