Arcenas was born in Cebu, studied in University of the Philippines in Diliman, for pre-med, went to London for theater studies and found work in New York where he is currently based.

Arcenas’s Ebb Tide is about a grieving widow who returns to her estranged husband’s family’s island estate to scatter his ashes. Seemingly the perfect couple, their marriage fell apart, marked by her being unable to bear children, which led to rumors of his infidelities and the illegitimate children he fathered with island women. 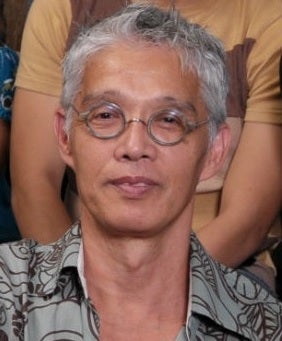 Asn in the Philippines where he is now known as a theater director, Arcenas also first made his mark abroad in theater as a stage set designer.  His works are top class: the Steppenwolf productions of Topdog/Underdog; Beauty Queen of Leenane and Nomathemba; Goodman productions of Good Person of Setzuan, Cry The Beloved Country and The Night of the Iguana; the premieres of Love! Valour! Compassion!, Prelude to a Kiss, Once On This Island, Spunk, Dessa Rose, Blue Window, Corpus Christi, A Man of No Importance; and the off-Broadway and national tours of The Vagina Monologues, to name a few. He has received Drama Desk nominations, L.A. Drama Critics Circle Award, Jeff Award, Bay Area Critics Circle Awards, and the Obie for sustained excellence in set design.

Arcenas also ventured into directing in theater in the U.S. and among his credits are Jorge Ignacio Cortinas’ Blind Mouth Singing for Teatro Vista and Victory Gardens’ The Romance of Magno Rubio; Warren Leight’s No Foreigners Beyond This Point; Lonnie Carter’s The Romance of Magno Rubio (Obie); Han Ong’s Middle Finger, Swoony Planet and Watcher; and Philip Gotanda’s Floating Weeds.

Cinematografo was made open to all U.S. citizens and/or U.S. permanent residents of Filipino descent, 18 years or older. The contest awards a $100,000 production grant. This is a path to have stories realized on the big screen. Cinematografo Originals Contest winners will highlight the Cinematografo International Film Festival to be heldthis November in San Francisco.