President Donald Trump on Thursday unveiled a new $16 billion aid package to help farmers caught in the crossfire his trade war with China.

“The farmers have been attacked by China,” Trump told reporters at the White House. “We’re going to help out our farmers and we’re giving them that level playing field that is so important.” Trump again claimed that China is paying the 25 percent tariffs he has imposed on $200 billion in imports, which economists agree are paid by businesses and consumers.

“Some of that money will go to the farmers to help them out during a period where trade has been very unfair to them,” Trump said.

Agriculture Secretary Sonny Perdue said the bulk of the funds will go to direct payments to crop and livestock producers, while a small portion will be used to purchase food to use in US aid programs like food banks and school lunch programs.

“The plan we are announcing today ensures farmers do not bear the brunt of unfair retaliatory tariffs imposed by China and other trading partners,” Perdue told reporters in a conference call.

“Farmers would rather have trade than aid but without the trade they are going to need some support.”

Trump’s aggressive tariff strategy, especially against China, has drawn stiff retaliation from Beijing and others designed to hit the United States where it hurts: farm country.

Lawsuit: Apple vs. Qualcomm With Billions at Stake

Soybeans and pork have been primary targets, but many other crops have suffered directly or indirectly. Soybean exports to China fell 75 percent in 2018, according to Commerce Department figures.

The Trump administration ramped up the aid from the $12 billion provided last year but officials said they increased and redesigned the program this year to make it easier to understand.

There were high hopes early this month that a resolution with China was within striking distance but that optimism largely evaporated when Trump said Beijing had backed away from commitments considered already settled.

Not Playing by the Rules 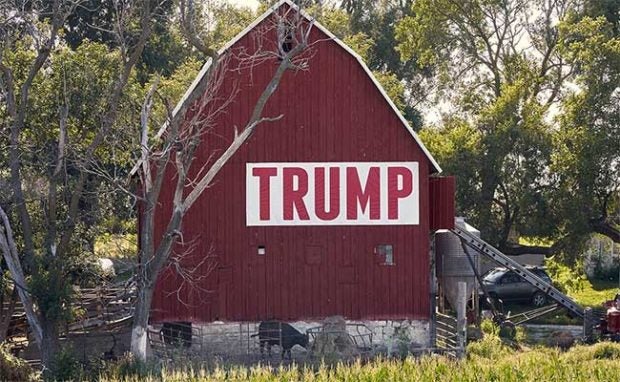 He more than doubled existing punitive tariffs on $200 billion in Chinese goods, and threatened to hit all the goods that had been spared so far.

“China hasn’t played by the rules for a long time and President Trump is standing up to them, sending the clear message that the United States will no longer tolerate their unfair trade practices,” Perdue said.

The US Department of Agriculture will calculate damage done by the retaliation, and officials said the first of three payments is expected to go out in July or August.

The officials did not indicate the expected size of the payments, but Perdue said the aid will be “heavily skewed” towards the first payment, while the others will depend on the market and the status of the trade talks.

But reaching an agreement now “depends on China.”

USDA officials said the amount each farmer receives will be based on the damage calculated to each US county, with equal payments made to all farmers based on the acreage planted, regardless of crop, to prevent distorting planting decisions.

Dairy and pork producers, as well as growers of cherries, cranberries and nuts, also will receive support, officials said.

Trump is set to roll out a $16b aid to farmers amidst trying times due to the ongoing US-China tariff war. Farmers have been hit hard throughout negotiations.