As I write, Prime Minister Modi in India has secured another victory in parliament with 300 out of 543 seats won based on a national security-grounded Hindu nationalism. Add China to the mix, and you have the ancestral politics of the Big Three Asian American communities in the U.S. (Chinese, 4.9 million; Asian Indian, 4.1 million; Filipino, 3.9 million).

And isn’t it great we’re in America?

I still have family ties in the Philippines, but haven’t been there in more than 30 years. The last time I was in Asia in 2014, I was in Thailand and Malaysia. Close, but not the Philippines. 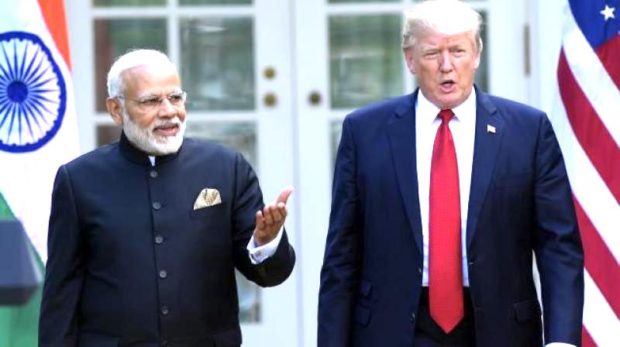 Both my parents were naturalized U.S. citizens from the Philippines, but they passed away before I could invoke my right to become a dual citizen. And now I don’t know if it would have been worth it.

Does the Philippines even want us to be “bi-“ in that way, as in bi-national?

Judging from the latest midterm elections, I’m not sure.

The Philippines sent out ballots to an estimated 228,500 voters in the U.S.–but forgot to pay the postage. The ballots were delayed, and the Philippine government had to send out $1 million to cover the postage due. On top of that, some ballots were misaddressed, leaving some dualers upset at why their registrations were abruptly changed.

All of this acted as a coincidental monkey wrench in an effort among liberal to moderate left Filipinos to assure a voice in the Philippine Senate that would be strong enough to say no to the resident autocrat, President Rodrigo Duterte.

Of the 12 seats that were open, none of the liberals won a spot. The closest one came in 14th, an incumbent senator, Benigno Bam Aquino, the nephew of People Power’s Cory Aquino. Surely, the overseas ballots could have helped. But as I tried to get the results last week, they were still accounting for ballots and had only counted a fraction of the U.S. dual citizens.

So, the counting will continue amid protests from dual citizens in the U.S., who are worried that a pro-Duterte Senate will be a rubber stamp for the autocratic move away from the democracy modeled after the U.S. (See my earlier column on Philippine journalist Maria Ressa’s concerns.) Duterte has actively promoted a kind of parliamentary idea that would really be a throwback away from the U.S.-style democracy in the Philippines after World War II, and a move toward the kingly operations we revolted against.

But now it seems everyone would rather be king.

The reporting of the situation in Manila has been scant in the U.S., unlike reports of the victory in India declared by Modi, whom Trump was quick to congratulate.

To date, both Modi and Duterte have exhibited traits Trump admires. Trump especially likes the way Duterte uses extrajudicial killings to fight the drug war. Sure, it saves on court costs, but there goes that rights thing.

Ressa said the Philippines should be a cautionary tale for all of us here. And she’s right. Trump seems to emulate Asia’s governing styles, as he veers away from the rule of law by stonewalling on subpoenas and preventing Congress from doing its job.

It’s been said that Nancy Pelosi is slow-rolling impeachment based on the polls. There’s enough evidence of Trump’s misconduct just from the Mueller Report to go ahead, but I guess we’re all Missourians and it’s show me time.

What more is needed? A Trump tantrum this week, along with placards of lies, and two court decisions against him that force the release of his financial records and  tax returns  for public scrutiny–that should be enough to push public opinion through the roof.

And from the first decision on Trump’s taxes emerges a new AAPIHM hero. That would be Judge Amit Mehta from the U.S. District Court in DC who used history (comparing Trump aptly to James Buchanan, considered one of the worst presidents in history and to whom some say led us to the Civil War), and precedent to determine that Congress has the right to investigate illegal conduct of a President, before and after taking office.

It was a star turn for Mehta, born in India, and an example of real merit immigration in action—not Trump’s fake notion. And it’s Mehta’s ruling that is paving the way for the Constitution.

Trump of course called the ruling “crazy.” But he probably didn’t read it. The path is clear. Time to let Congress bring Trump back to earth.

Dual citizens are fighting for democracy on two fronts. We’ve got our problems here at home. But maybe it’s time to begin the nationalistic debate. Is it time to let the Philippines be the Philippines without us?

Emil Guillermo is an award-winning journalist and commentator, and writes a column for the Inquirer’s North American bureau. Twitter @emilamok. Listen for him on Apple Podcasts.