Nearly 1-in-4 Americans get no paid vacation or holidays

Nearly 1-in-4 Americans get no paid vacation or holidays 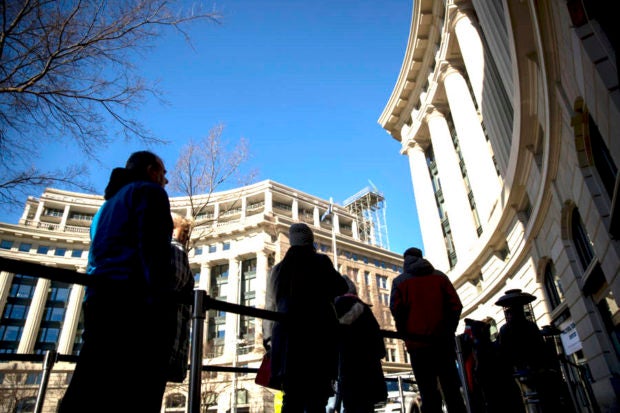 WASHINGTON – A newly revised report, No-Vacation Nation, Revised, by the Center for Economic and Policy Research (CEPR), finds that the United States is still the only advanced economy that does not guarantee its workers any paid vacation time or holidays.

“If New York City passes pending legislation, it will be the first city or state in the nation to mandate paid vacation,” said CEPR’s Adewale Maye, who updated this revised edition.

CEPR first published a study comparing paid vacation time in the U.S. with other rich countries in 2007 and again in 2013.

The revised report is a comprehensive review of the latest available data on international standards for paid vacation and paid holidays in 21 rich countries, including 16 European countries, Australia, Canada, Japan, New Zealand, and the United States. 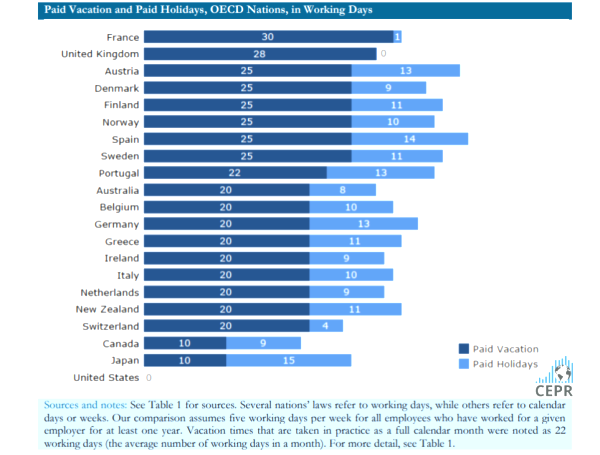 This graph illustrates where the US ranks among these other nations when it comes to providing statutory paid vacations and holidays.

“In the US, paid vacation and holiday benefits are based on luck in the boss lottery, not federal policy. Since we did this study in 2007, there’s been no progress on the national front to catch up with other rich countries. We can’t depend on the largesse of employers to do the right thing,” said Eileen Appelbaum, CEPR’s co-director.

There are a few differences worth noting between today’s revised study and the 2007, and 2013 editions within the areas of part- and full-time and high- and low-wage workers:

Workers in the European Union are legally guaranteed at least 20 paid vacation days per year, with some countries mandating 25, or even, 30 or more days. Although significantly lower than countries in the EU, Canada and Japan guarantee at least 10 days of paid vacation per year.