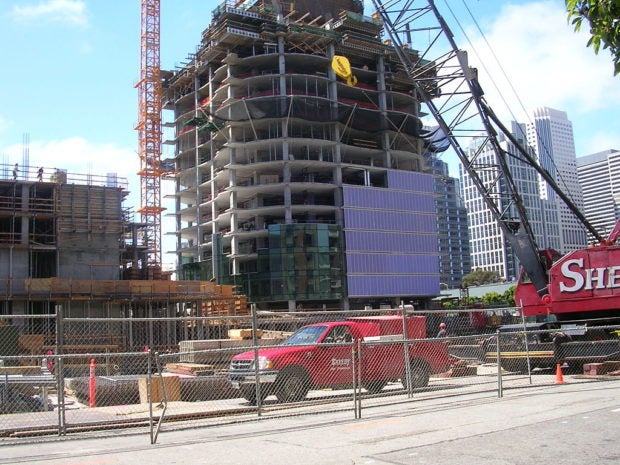 SAN FRANCISCO – Several members of the city’s Board of Supervisors announced new legislation to increase the Jobs-Housing Linkage fee to fund affordable housing, which if passed would benefit the low income working class Filipinos, among other residents.

The majority of those affected among the Filipinos are residents of the South of Market district also known as SOMA Pilipinas, the Filipino Cultural Heritage District.

In recent years, these residents have been facing evictions and constant threats due to the imbalance in the housing market created by rise of large-scale commercial developments.

The Jobs Housing Linkage fee, based on the impact of new large-scale commercial developments on demand for affordable housing in San Francisco, is meant to be updated and increased regularly to meet current housing needs, but it hasn’t been updated since 1997.

“Our jobs housing ratio in our city is completely out of whack There are tens of thousands of jobs being created, but very few new units of affordable housing that can house that workforce. By updating this fee, we can take immediate action to create more balance, and get thousands of seniors, formerly homeless people, and low wage workers into stable and secure housing.”

Construction costs have increased nearly 200% since the base Jobs Housing Fee was last updated legislatively in 1997. Supervisor Haney’s legislation would raise the fee to reflect those rising costs of construction.

The fee generated $30 million in 2015, and $67 million in 2016 for low- and middle-income housing. But now, almost a quarter of a century since the 1997 “nexus study” was last prepared, the fee is based off of 22-year-old data about the number of workers per square feet of office space, the costs of construction, and the demand for affordable housing. The latest jobs-housing balance report shows that office densities have increased by at least 12% since 1997.

The City is expected to release a new “nexus study” this summer, but advocates have been asking for the new study–which would likely justify an exponential increase in the fee–for years.