As US Auto Tariffs Stay at a Standstill Global Stocks Rise

European and US markets that had been in negative territory suddenly jumped higher, with German auto manufacturers among those posting strong advances. US auto giants General Motors and Ford also gained.

Wall Street “has shown a propensity to bounce on any positive-sounding trade headline, and today was no different,” said Briefing.com.

The European Union is finalizing a list of American goods to target with retaliatory tariffs in the event that Trump, who is expected to make a decision by May 18, imposes levies on car imports, Bloomberg reports. https://t.co/KE8WntHl5N

Adding to the market’s hopes, US Treasury Secretary Steven Mnuchin told a Senate panel that Washington was close to resolving its differences with Mexico and Canada over steel and aluminum tariffs that have created friction among the trading partners.

Mnuchin also repeated his expectation that US negotiators would return to Beijing to pursue stalled talks aimed at resolving the US-China trade war.

“These developments helped assuage investors that the US would not be distracted in its trade talks with China by also having to deal with other tariff disputes,” said Briefing.com. 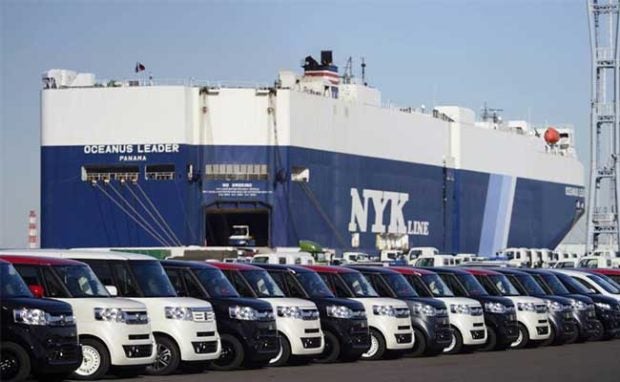 The International Energy Agency confirmed that the world’s oil supply fell last month as US sanctions on Iran tightened and OPEC+ members produced less crude in line with their pact. Among individual companies, Google parent Alphabet jumped 3.9 percent, unveiling new promotional formats as it competes with Amazon and Facebook for advertising dollars. Other large tech shares were also solidly higher, including Amazon, Apple and Netflix, all of which rose more than one percent.

LATEST
Serial Entrepreneur Dennis “Donato” Agalli Steps Up to Help NYC First Responders During COVID-19
Will Covid tracking apps really help?
NY Times writer to keynote Filipino Food Movement online summit
Who would be the first to get a COVID-19 vaccine?
PH trade centers in US hold business, work, livelihood webinar
Everything You Need to Know to be a Successful Inventor
MOST READ
usa Kellyanne’s part-Filipina daughter, 15, scorches Trump
usa Filipino bus rider in Vancouver told to ‘speak English here’
usa Filipino in NY kills own mother, a Covid survivor
usa Why leaders who terrorize people need ‘anti-terrorism’ laws
usa Police in So. California arrest woman who harassed Asians
usa Hundreds of Filipinos at risk in California have yet to be tested – survey
usa Anti-Terror Act is itself an act of terror