Microsoft and Sony Team up to Build a Better Cloud

Longtime video game console rivals Microsoft and Sony on Thursday announced an alliance to improve their platforms for streaming entertainment from the internet cloud.

Microsoft’s Azure cloud computing platform will be used by the two rivals to support game and digital content streaming services, according to a statement from the companies.

Sony PlayStation and Microsoft Xbox have for years battled as the two leading video game consoles, with exclusive titles often used as weapons to win the loyalty of players.

Sony and Microsoft will also collaborate on semiconductors and artificial intelligence, potentially combining the Japanese company’s sensors and chips with the US computer titan’s cloud systems and artificial intelligence. “For many years, Microsoft has been a key business partner for us, though of course the two companies have also been competing in some areas,” said Sony chief executive Kenichiro Yoshida.

“I believe that our joint development of future cloud solutions will contribute greatly to the advancement of interactive content.” He added that Sony’s mission is to evolve the PlayStation platform into one that uses the internet cloud to provide players top-quality entertainment experiences any time, at any place. 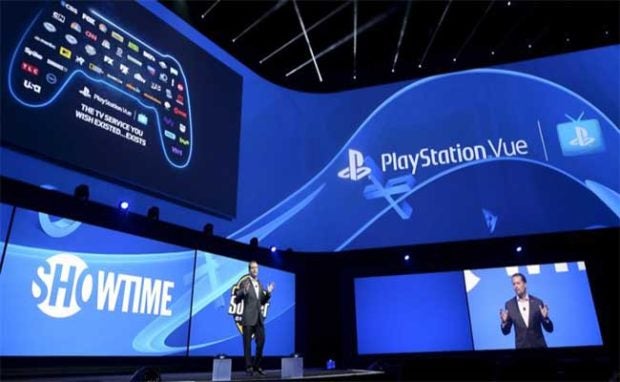 Microsoft chief executive Satya Nadella said in the statement that the tie-up  “brings the power of Azure and Azure AI to Sony to deliver new gaming and entertainment experiences for customers.”

The partnership between the makers of Xbox and PlayStation consoles comes as Google works to disrupt the video game world with a Stadia platform that will let players stream blockbuster titles to any device they wish.

The Stadia platform will open to gamers later this year in the United States, Canada, Britain and other parts of Europe.  Google is focused on working with game makers to tailor titles for play on Stadia, saying it has already provided the technology to more than 100 game developers.

The Stadia tech platform aims to connect people for interactive play on PCs, tablets, smartphones and other devices. Google’s hope is that Stadia could become for games what Netflix or Spotify are to television or music, by making console-quality play widely available. Streaming games from the cloud brings the potential to tap into massive amounts of computing power in data centers.

For gamers, that could translate into richer game environments, more creative play options or battle royale matches involving thousands of players. The Microsoft-Sony deal stopped short of any specific plans or services to counter the Google Stadia offering.