Fil-Canadian owns what could be world’s biggest pearl

Fil-Canadian owns what could be world’s biggest pearl 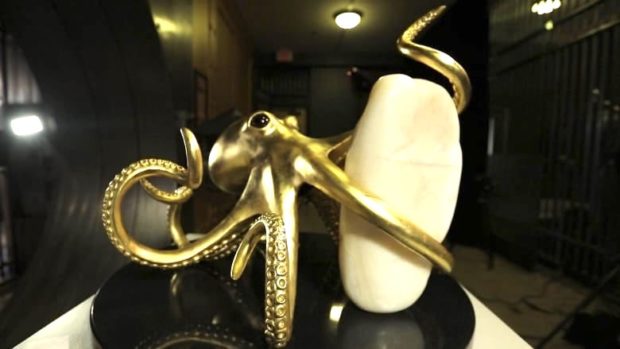 The giant pearl taken from a giant clam near Camiguin Island, Philippines is as big as an infant. CBC

MISSISSAUGA, Ontario – A Filipino Canadian owns what could be the world’s biggest natural pearl.

The white and cream colored pearl from a giant clam was given to Abraham Reyes, 34, of Mississauga, as a family heirloom by his aunt some years ago.

The pearl weighs 27.65 kilograms, four times the weight of the Lao-Tzu Pearl, also called the Pearl of Allah, which until recently was thought to be the world’s largest, according to a CBC Toronto. It’s dubbed the Giga Pearl. 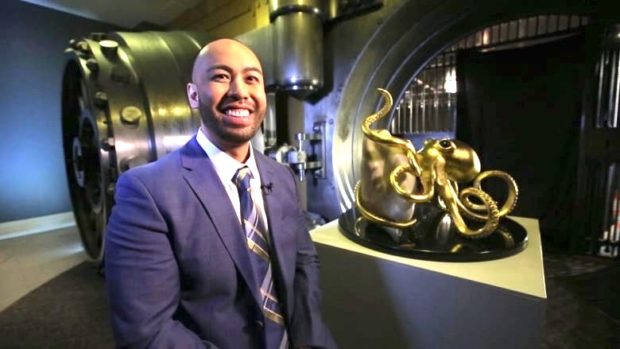 Abraham Reyes with his Giga Pearl during an exclusive viewing for CBC Toronto. He had a golden octopus made, designed by artist Bethany Krull, to hold the gem. (CBC Toronto)

Reyes, a mineral broker, kept it in a bank safe deposit box, although his family did not know it was a pearl and if it was worth anything. He had a 22-karat gold-leaf octopus made to hold it.

Insurance appraisers say it may be worth between $60 million and $90 million. Reyes and an Asian art expert had it authenticated at the Gemological Institute of America in New York City.

“I want to find a place for it to be showcased,” he told CBC Toronto, adding that he believes the pearl has scientific importance. The pearl is believed to be more than 1,000 years old. 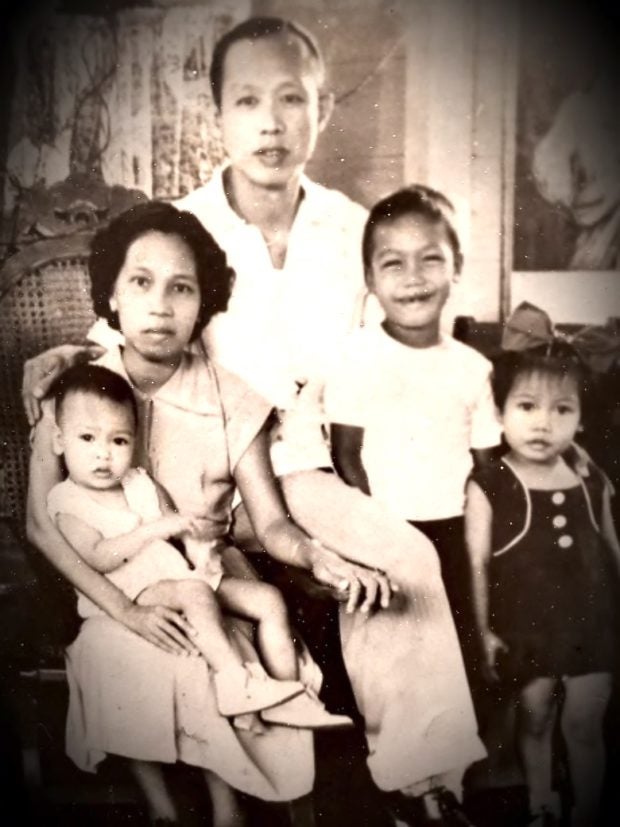 Reyes’ grandfather, center, brought the giant clam that contained the pearl to Manila as a gift for his family in 1959. (Courtesy of Abraham Reyes)

Reyes’ grandfather bought the giant clam in 1959 from a fisherman in Camiguin, an island southeast of Manila, to give as a gift to his aunt. They used to be commonly found and the shells were often used as baptismal fonts or garden ornaments said Reyes.

Giant clams are mostly found in seas around the Philippines along coral reefs and are now a protected species. Recently, Filipino environmentalists denounced Chinese fishermen for poaching giant clams from reefs in disputed waters claimed by both the Philippines and China.