Of Orcs and the Matrix, Part 2: Transparency is key

NEW YORK—In order to dispel the obfuscations, the lies, the chicanery, the odious hate propaganda put in the public sphere by the orcs doing the bidding of the dark tower of Malacañang, now more than ever, a free press is necessary. As Maria Ressa, head of Rappler, stressed in her New York appearance, transparency, above all, is paramount in detailing the goings-on that affect the citizenry.

Ressa made it clear that transparency was key, rather than that old, overused buzzword, “objectivity.” The latter implies an observation or observations supposedly arrived at in neutral fashion—the previous gold standard in journalism. Hence, old-school journalism generally frowned upon the use of the first person, for that implied that the journalist was making herself part of the story. 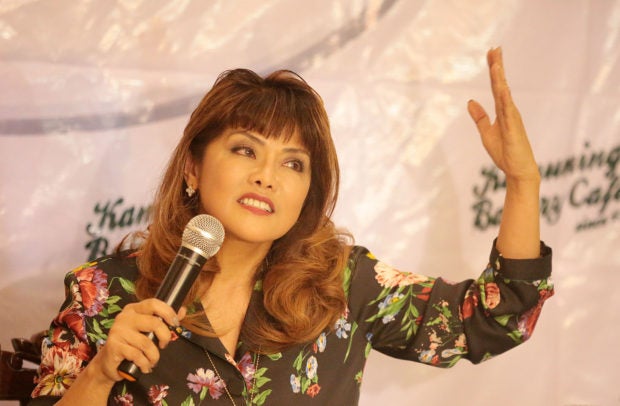 The underlying problem with this is that the inescapable fact of a human observer is taken out of the equation. But that very element—someone’s humanity or lack thereof—inevitably affects what is being observed. This is a simple application of the Heisenberg Uncertainty Principle, wherein the very act of measuring colors what is being measured, thus rendering imprecise the measurement obtained.

Transparency, on the other hand, recognizes and makes clear biases, points of view, cultural predilections, in reportage. If such necessary, human elements are acknowledged, then the consumer or reader can get a fuller and more nuanced story.

That the ridiculous, laughable diagram, or matrix, that the Duterte government has put out lacks transparency should be immediately clear—no, transparent—to anyone with a modicum of intelligence. But perhaps that may be asking too much of the orcs.

As for the lack of transparency, innumerable examples abound in an atmosphere where curses emanating from the president’s tongue, or inane tweets from another president’s itchy fingers, have become commonplace. A recent instance concerned Imee Marcos’s supposedly sterling academic record.

It seems that the eldest daughter of Ferdinand and Imelda has made claims about her student days that are at odds with reality. In keeping with the time-honored family tradition of fitting facts to a political agenda, this is hardly a surprise. Remember her father’s claim to be the most decorated war hero of World War II? That was debunked conclusively just before the 1985 snap elections that eventually resulted in the ouster of the Marcoses and the installation of Corazon C. Aquino as president of the republic.

According to Imee’s official CV, she graduated from the private California-based Santa Catalina School as class valedictorian. But Santa Catalina’s assistant head of school John Aimé told the independent news agency, Rappler, that Marcos indeed studied at the Santa Catalina School for a “brief period” in 1972. He added, “While the student you inquired about attended our school for a brief period in the fall of 1972, she is not a graduate.” She could not therefore have been class valedictorian.

Regarding Princeton University, which Imee Marcos attended between 1973 and 1979 taking courses on religion and politics, in response to Rappler’s investigation, the deputy university spokesperson Michael Hotchkiss said in an e-mail, “Our records do not show that Ms. Marcos was awarded a degree,” said Hotchkiss. She never graduated, even though she did attend Princeton, according to Hotchkiss, “during the Fall 1973 to Spring 1976 terms, then during the Fall 1977 to Spring 1979 terms.”

I do remember the attendant publicity surrounding Imee’s enrollment at Princeton at the time, particularly the fact of having her own security detail and living a rather lush life off campus, and the protest lodged by the Asian-American Students Association against her admission to the Ivy League university. Her non-graduation renders absolutely baseless her claim to be, from her Facebook biography, “one of the first female graduates from an Ivy League School – Princeton University, graduating with honors.”

One thing in all this is undeniable: that Imee is indeed a true Marcos.