Top Networker’s Hollywood journey: ‘Be ready to sleep on couches’ 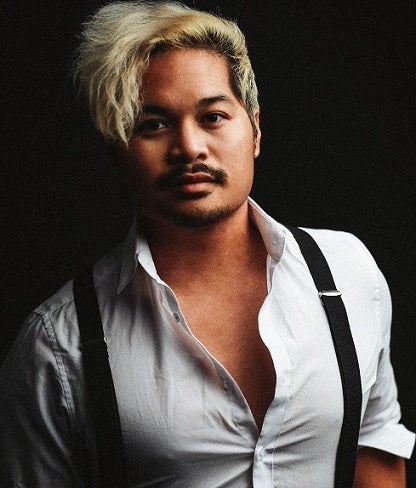 “For a while there I thought I wanted to be a doctor.”

But several months into his high school’s medical academy, Erman Baradi realized his passion lay not in hospitals but in Hollywood.

The writer-producer, who was once hailed as a Top Networker in Hollywood, is currently working on a project he will co-produce — “Malaga: The Journey.” The musical, written by the “Moana” musical consultant and notable songwriter Igelese Ete, is a celebration of the culture of the people of the Pacific Islands.

The Samoa-born Ete has lived in New Zealand and Fiji for the most part of his life before coming to Hollywood to pitch some concepts. He and Erman got connected, and a creative venture was born. Malaga Hollywood is a combined effort of the University of the South Pacific, Stratas Media Group, and Ermantourage.

“I am called the Top Networker for knowing a lot of industry names,” he said in an interview with The FilAm. “I can lock in meetings, but that doesn’t mean anything comes easy. I’m not going to have a movie just like that. I still have to deliver.”

Erman creates events combining the elements of a Q&A and a social gathering where the attendees – usually people of color — get to schmooze with the industry’s movers and shakers.

“I am surrounded by a lot of creatives – musicians, actors, writers, directors, and producers. It is like the personal and professional worlds naturally blend.”

In the beginning, he fell in love with storytelling and wrote almost constantly. Then, he discovered he had ideas he could put into motion. That’s when he popped the cork on meet-and-greets between blossoming talents and industry notables.

“I want to help talented people connect with the Hollywood’s who’s who,” he said. “We don’t always know about the Asian Americans making big moves in Hollywood. So my mission is to give blossoming talents out there a chance to make connections. I especially want to help Asian Americans get recognized in the arts.”

The “Malaga” musical is a fruit of his meticulous labor. 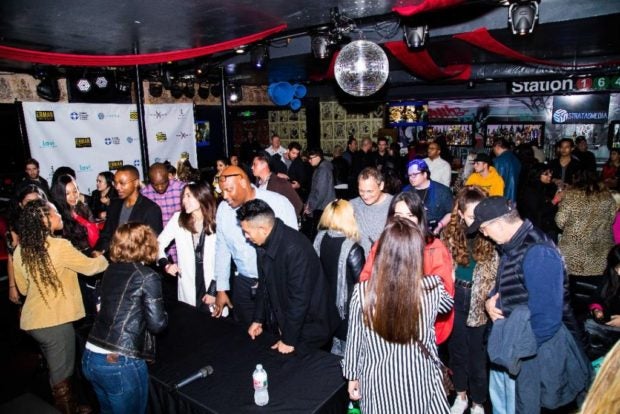 Born in Norfolk, Virginia to Filipino parents Rubin Baradi from La Union and Erna Manglicmot from Zambales, Erman uses his ethnicity to his advantage.

“I think people find it appealing, like, ‘Who’s this Asian guy? How’s he doing all of this?’ Plus, it’s a conversation starter. They usually start off about food and language, but people seem to be more and more interested in the culture,” he shared.

After Erman earned his B.A. in 2012 from Regent University’s Cinema-Television program, it was music that paved his way.

“I interned at a radio station for a music festival, threw music showcases with local artists in Virginia Beach, did some work with No Malice of The Clipse. All it took was one person to give me a chance in the beginning,” he said.

In 2018, Erman launched his personal brand Ermantourage, an event and media company that bridges “the creative and the conscious.”  His platform includes giving back to special causes such as the American Foundation for Suicide Prevention in L.A. He remembered a friend who had contemplated “ending it” because she couldn’t get a break on her acting career, Hollywood being a ruthless place for self-starters.

“It was powerful to know how my work essentially saved someone,” he said.

“I want to make things that are high energy and quirky. In terms of events, I just want to give everyone a fun, engaging experience where they leave feeling better or knowing a ton more people,” he said.

“What really sells me on collaborating with folks are good personalities. I’d rather work on small projects with fun people than big projects with people who don’t know how to have a good time. Also, if a cause is attached, then I’m for it.”

Some people come up to tell him how jealous they are of his seemingly cushy job.  It just looks that way, he said. “It’s a hustle every day trying to get by. Money comes and goes. I work for myself, which has advantages and disadvantages. Everyday it’s me working for that dollar, especially living in Los Angeles.”

In a few years he hopes to produce and write feature films and television series. His goal is to represent Asian Americans in media and entertainment and use his platform for the social good.

Right now, he is working to connect filmmakers and musicians to work together on projects, through a series of mentorship contests with some help from representatives from Netflix and Amazon, among top studios and production companies.

“Success is a journey,” he said. “It’s not glamorous at all, especially early on.”

His advice to those who aspire to a slice of Hollywood life: “Be ready to sleep on couches. Be ready to eat cheap. Keep your eyes on the end game because throughout the process it’s a bunch of heartache and hunger. Then, when you make it big, there are even more stressful situations. You have to work even harder. Everyone is looking at you for decisions. The training wheels come off and now you’re in the real world where everyone is looking at you to deliver.”