Alphabet reported a first-quarter profit of $8.3 billion, down 6% from $8.9 billion in the year-earlier period. Profit amounted to $11.90 per share, well above Wall Street estimates of $10.60.

Alphabet, the parent company comprised of Google and various other subsidi… pic.twitter.com/iHWBDm75eH

But that figure doesn’t include an expected charge of $1.7 billion to account for a European Union antitrust fine. The fine was imposed in March for anti-competitive practices in Google’s advertising business, referring to a specific exclusivity practice Google now says it has ended. Including the fine, Alphabet’s profit of $6.7 billion fell short of analyst estimates. 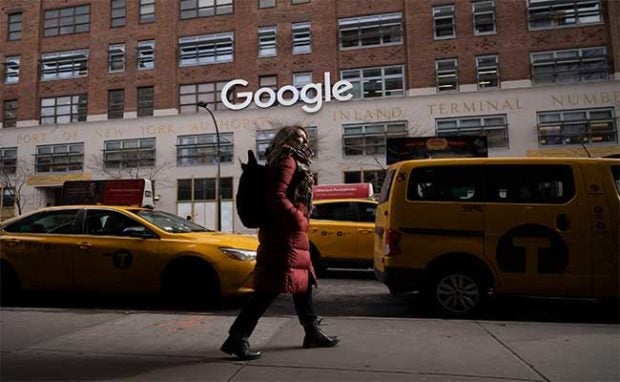 Excluding advertising commissions that Google pays to customers, Alphabet’s revenue was $29.5 billion — falling short of the $30 billion analysts were expecting. Overall revenue rose to $36.3 billion, up 17 percent from $31.1 billion a year ago.

The company reported widening losses in its “Other Bets” category — a broad segment that includes non-Google ventures such as self-driving car business Waymo and internet-balloon subsidiary Loon. Losses grew to $868 million from $571 million a year ago.