CHICAGO–Ambeth R. Ocampo, the historian who makes Philippine History “more fun and interesting” to Filipinos will be one of the highlights of this year’s various activities in this city’s commemoration of the the 121st year of the proclamation of the Philippine Independence.

Author of dozens of books on Philippine heroes, Ocampo will visit on June 11-12 and he will focus more on the Philippine National Hero, Jose Rizal, whose 158th birthday is marked on June 19. Currently with Ateneo University, Prof. Ocampo will give his Rizal lecture on June 11, 5 p.m. The event is free and open to the public. 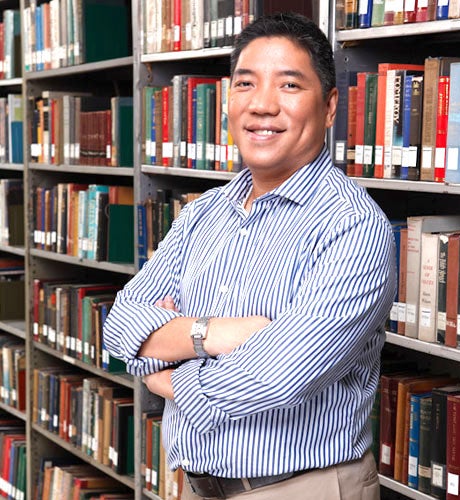 Consul General Gina Jamoralin, who initiated the invitation to the eminent author, journalist and art curator, said that Prof. Ocampo will be a guest at the traditional June 12, 9 a.m., Independence Day flag ceremony at Chicago’s Daley Plaza to be followed by a diplomatic reception at the Union League Club of Chicago.

Ocampo, as a historian, has gone beyond the usual dry data of dates and places in presenting the past. He has brought a fresh approach of humanizing actors who made history, bringing out findings like, for instance, Rizal’s skimping on taking a bath during his hard times in Europe or the Sublime Paralytic Apolinario Mabini’s plan to take  lessons in ballroom dancing.

He is a recipient of the Order of the Order of Sikatuna-Bayani (2010) and of the Presidential Merit Award (2013) for his voluminous work on history, culture and arts. Last December, he was conferred the Knight Grand Officer of Rizal (KGOR) for his lifetime works to propagate the works and ideals of Dr. Rizal.

Prof. Ocampo had previously stayed in Chicago doing research and annotating Filipiniana materials at the Newberry Library, the Field Museum and other institutions that keep documents and artifacts brought in here during the American Colonization of the Philippines.

His current lectures at the Ayala Museum in Makati are often sold-out and his courses at the Ateneo and University of the Philippines are ranked to be some of the most popular among students. Ocampo often acts as a consultant to producers of films dealing with Philippine history.