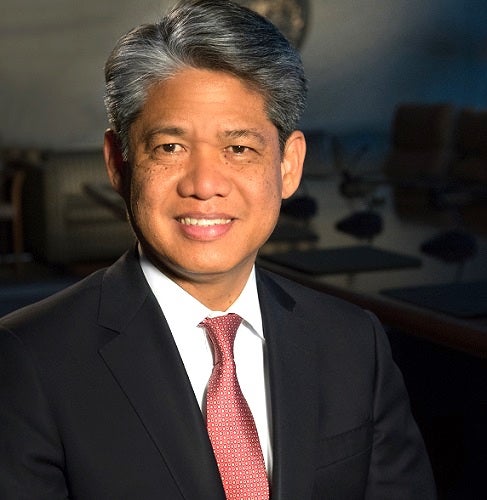 NEW YORK — Zpryme, a research-based firm in Texas with services focused on energy, announced April 3 that Gil Quiniones, president and CEO of the New York Power Authority (NYPA), has been selected as the 2019 “ETS Thought Leader of the Year.”

Quiniones was chosen for the recognition among a group of peers following voting by ETS alumni and participants. He was honored during a ceremony at Zpryme’s 6th annual Energy Thought Summit on April 18 at the W Hotel in Austin.

Quiniones, along with other industry nominees, was first identified by the Advisory Committee and Zpryme staff in January before the voters made the ultimate decision. He is the highest-ranking Fil-Am in the cabinet of New York Gov. Andrew Cuomo

Quiniones, upon learning of his selection for this award, said, “I am honored to be named ‘ETS Thought Leader of the Year’ and to join the ranks of my respected colleagues that have received this recognition before me. At NYPA, we have an innovative and inspired team that is designed to lead when it comes to new ideas for grid efficiency, electrification of the automobile industry, energy storage and expanding a clean energy economy in New York State. I have the privilege of working closely with the energy team of Governor Andrew M. Cuomo and guiding the talented NYPA team to disrupt the status quo and lead by example in energy and electricity innovation. I thank ETS for this award which I will share with my NYPA staff who inspire me every day.”

Quiniones joined NYPA, the largest state-owned electric utility in the U.S., in 2008 after holding various positions at Con Edison and the New York City Economic Development Corporation under then mayor Michael Bloomberg. He served as NYPA’s Chief Operating Officer (COO) and Executive Vice President of Energy Marketing and Corporate Affairs prior to becoming CEO.

Today, he is responsible for developing and implementing the statewide utility’s strategic vision and mission for supervising its operations, legal and financial matters and relationships with key stakeholders.

Under Quiniones’ leadership, NYPA saves customers more than $1 billion a year, helping to create or protect more than 450,000 jobs and spur nearly $40 billion in capital investment at New York State businesses and other entities through allocations of low-cost electricity.

NYPA is playing a key role in Governor Cuomo’s landmark Green New Deal, the nation’s leading clean energy and jobs agenda, which is aggressively putting New York State on a path to economy-wide carbon neutrality, says an NYPA press statement. “This initiative is providing for a just transition to clean energy, spurring the growth of the green economy and mandating New York’s power be 100 percent clean and carbon-free by 2040, one of the most aggressive goals in the U.S. The cornerstone of this newly proposed mandate is a significant increase of New York’s successful Clean Energy Standard to 70 percent renewable electricity by 2030.” — New York Power Authority/The Filam