Firing after 12-week med leave may be disability discrimination 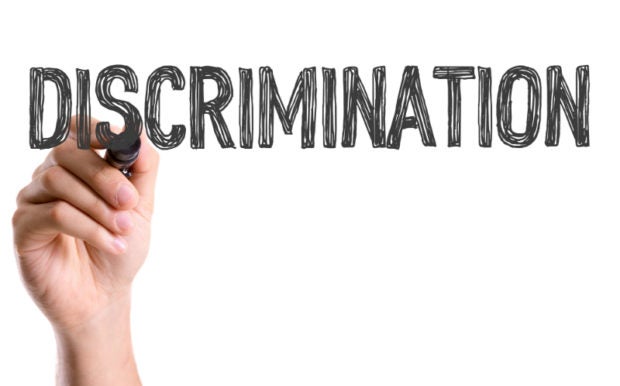 Our client, Teresa,* has always lived with a serious lung condition since childhood. Although Teresa knew that her condition limited her activities, she did her best to live a productive work life. She finished her schooling in the Philippines and worked in several skilled jobs there before she came to the U.S. with her two children. Once in the U.S., she went to work for DataBase Inc.* in its accounting department. While working for DataBase, her performance reviews were generally satisfactory and she received regular pay raises. Teresa happily believed she had found a stable career that allowed her to support herself and her young children in her adopted country.

Teresa had just celebrated her seventh year with the company when she started experiencing shortness of breath and random chest pains. For the next several months, she had doctor appointments and clinical treatments that caused her to be absent from work at least once a month. All of her requests for sick time were approved by her manager. After months of treatments that did not improve her condition, her pulmonologist recommended lung surgery. Teresa requested 3 months of leave to undergo surgery and recover from it. DataBase granted her leave for February 7 to May 7 of the same year.

Teresa’s surgery was successful and her recovery period went well. Five days before she was due to return to work, she received a letter from DataBase. The employer said that her leave had expired on April 30 and since she failed to return to work after 12 weeks of leave, her employment was being terminated.

DataBase never gave Teresa prior notice that her leave was expiring on April 30 and she would be fired if she did not return by that date. DataBase did not contact Teresa to ask if she was able to return to work by April 30 or by May 7. Teresa immediately contacted her manager to ask for reconsideration and her job back. She faxed a doctor’s note releasing her back to work without restrictions.  Her manager passed her on to the Human Resources (HR) department, who told her that it was company policy to automatically terminate any employee who remains absent beyond the 12-week period. Teresa lost her ability to provide for her family, leading to considerable emotional distress and mental anguish.  Though she exerted great efforts to look for another job, she was unfortunately unable to find one. Feeling frustrated, she called our office for help.

Our firm sued DataBase for wrongful termination in violation of California’s disability discrimination laws. We argued that when DataBase failed to ask Teresa if she was able to return to work or if she needed reasonable accommodation, DataBase disregarded its legal duty to engage in a good faith interactive process.

Our investigation revealed that the manager had been upset at Teresa for “taking a lot of sick time” and was bent on getting rid of her. The opportunity presented itself when after 12 weeks of leave, Teresa did not return to work. DataBase completely ignored the fact that its own HR gave Teresa a return date of May 7.

We prepared the case for trial, and readied our witnesses, our HR and accounting experts, and other evidence necessary to support Teresa’s case. But Teresa showed shyness and hesitation in testifying before a jury. Thus, we spent some time preparing her for trial. We worked with a jury consultant and communication expert to teach Teresa to communicate clearly and confidently about what happened to her and how this affected her and her family. Our knowledge of Filipino culture proved helpful in this case because we understood that even though Teresa was telling the truth, she had trouble expressing herself because of a sense of “hiya.” And so we knew how to address her issues and made her trial-ready.

For Teresa, we sought to recover back wages, loss of future earnings, damages for emotional distress, punitive damages, and attorneys’ fees and costs. On the eve of trial, DataBase agreed to pay a high six-figure settlement amount to resolve Teresa’s claims. It was a hard-fought case. But it was worth it for Teresa and her family.

*Names have been changed to preserve confidentiality

The Law Offices of C. Joe Sayas, Jr. welcomes inquiries about this topic. All inquiries are confidential and at no-cost. You can contact the office at (818) 291-0088 or visit www.joesayaslaw.com or our Facebook page Joe Sayas Law. [C. Joe Sayas, Jr., Esq. is an experienced trial attorney who has successfully recovered wages and other monetary damages for thousands of employees and consumers. He was named Top Labor & Employment Attorney in California by the Daily Journal, consistently selected as Super Lawyer by the Los Angeles Magazine, is the recipient of PABA’s Community Champion Award, and is a Presidential Awardee for Outstanding Filipino Overseas in 2018.]