Luke Walton was confirmed as the new head coach of the Sacramento Kings on Monday, marking a swift return to the NBA just days after parting company with the Los Angeles Lakers.

Walton, whose departure from the Lakers was announced on Friday, was rapidly identified by Sacramento as their preferred successor to Dave Joerger, who was fired last Thursday.

The Kings and Walton started talks on Saturday, less than 24 hours after the coach’s exit from the Lakers. “I have known Luke for many years and I am so excited to welcome him and his family to the Sacramento Kings,” said Kings General Manager Vlade Divac in a statement.

Luke Walton is going to love coaching the Kings.

The Lakers attempted more threes than Sac — but 𝒏𝒐𝒏𝒆 of their players with 200+ attempts shot above 35%.

“I look forward to his leadership on the court as we work to build a winning culture for many years to come.” Terms of Walton’s contract with the Kings were not revealed.

The 39-year-old coach joins Sacramento after a disappointing end to his tenure with the Lakers, which saw them fail to make the playoffs for a sixth straight season despite the arrival last year of superstar LeBron James. 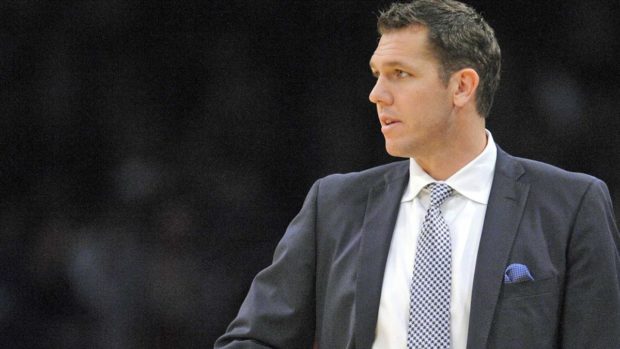 Walton arrives in Sacramento after three years with the Lakers which saw the NBA giants improve year-on-year.

However, his position with the iconic franchise had been the subject of intense speculation for several months as the team faded from playoff contention.

Prior to his stint with the Lakers, Walton had been an assistant to Golden State Warriors coach Steve Kerr from 2014 to 2016. He led the Warriors to a 39-4 start in the 2015-2016 season when Kerr was sidelined with a back problem.