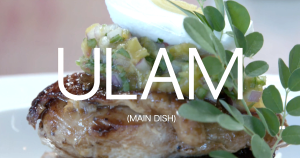 LOS ANGELES — “Ulam (Main Dish),” a documentary featuring Filipino American chefs and restaurateurs by filmmaker Alexandra Cuerdo, will have its first preview screening on May 20 at Million Dollar Theatre.

The screening is part of the Los Angeles Times’ Food Bowl, a month-long food festival “celebrating LA’s dynamic and influential food scene while promoting awareness about food waste and hunger.”

The documentary follows the rise of the Filipino food movement via the chefs crossing over to the center of the American table, said Cuerdo in a statement.

They discuss their personal stories of getting into cooking, opening their own restaurants and the historical and current contexts of Filipino cuisine in the United States.

“All these chefs are incredible,” says Cuerdo, who was born and raised in Orange County, California. “I’m their number one, biggest fan. It’s been such a pleasure to tell their stories and taste their food—which is absolutely amazing. 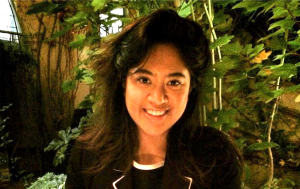 “I wish I’d been able to go to restaurants like theirs growing up, which didn’t exist when I was a kid. I’m excited that a new generation of kids will be able to eat at these places,” Cuerdo adds.

Cuerdo wrote and directed the documentary while John Floresca handled cinematography. Both served as producers as well.

“We are an army of two,” she says. “From the beginning to the end, this has been an entirely independent project. The crew is often just us two.

“In the documentary world and the indie world, you’re often faced with situations that challenge you to be more creative. You can’t ever just throw money at the problem, because you don’t have any money! You have to think smarter.

Cuerdo grew up with film and Filipino cuisine in her veins.

So it’s no surprise when Cuerdo confesses to an obsession with cooking, which she does every day. “I like making Filipino food, American food, California food. It’s really relaxing for me to cook. It’s a small creative act. For me, it’s better than therapy.”

Her father, Rey, is “a huge film buff. He used to watch movies growing up on a pineapple farm in the Philippines with the kids of American G.I.s. I continued that tradition and watched a lot of movies growing up.”
Rey Cuerdo is the third producer of “Ulam.” He’d worked as a film studio executive and began film producing in the early 2000s. His most recent film credit is Ramona Diaz’s documentary “Motherland,” about Jose Fabella Memorial Hospital, a maternity hospital in Manila. Other credits include “Crying Ladies” and “Zombadings.”

“Ulam” was sparked by conversations between daughter and father. “He and his friend had been meaning to do a Filipino food documentary but, for various reasons, it never got off the ground.

The idea stuck with her. “I’ve always wanted to tell stories that reflect my identity, and being Filipino American is a huge part of that.”

A love for food, film, storytelling and her Filipino American identity: the ingredients for her documentary were just waiting to for her to get cooking.

“Get off your ass and do it!” were the marching orders from one of her film school heroes, Fil-Am cinematographer Matty Libatique (“Iron Man,” “Iron Man 2,” “Black Swan”).

While working on a project together, Libatique asked if she’d ever had Filipino food in New York. Cuerdo, who took up film at UCLA, said no but mentioned she’d been interested in documenting Filipino food.
“He said, ‘Well, then go!’ I met with John Floresca to pitch the idea. That’s where it started, in a Filipino restaurant in New York.”

The ulam that Cuerdo remembers fondly from her childhood–in no particular order, she stresses–includes her grandmother’s kare-kare (stewed meat with peanut sauce). 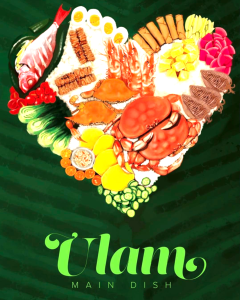 “I’d use my spoon and fork to make perfect little bites. I’d put eggplant at the bottom, then nestle string beans and rice into a little pile on the spoon with a dab of bagoong (fermented shrimp paste).

“My mom would accuse me of playing with my food. And I was! But it was because I wanted to make it last longer.”

Another favorite is Mom’s sinigang (sour soups). “She prefers salmon in it now, because it’s healthier.”

“My ninang Ama makes the best desserts and pastries. I’ve always wanted to learn to make pan de sal (bread rolls) with her.”

“Every Christmas we have lechon (roasted whole pig). Then, for months after, we’d have lechon paksiw (sour-stewed leftover lechon), which I love even if my whole family would get sick of it.”