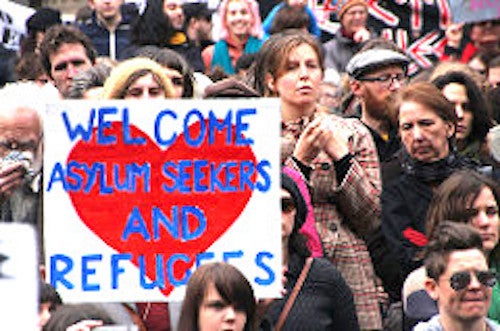 WASHINGTON — In a groundbreaking decision April 5, a federal judge in Seattle dealt a blow to the government’s efforts to deter and obstruct asylum seekers applying for protection in the United States. Judge Marsha Pechman ordered the government to provide individuals with bona fide asylum claims a bond hearing before an immigration judge within seven days of their request, or to release them from detention.

Ruling on a nationwide class action lawsuit, Pechman further ordered that in those bond hearings, the government must justify continued detention, record the hearing, produce the recording or transcript on appeal, and produce a written decision with individualized findings at the conclusion of the hearing. The government has 30 days to implement these measures, which will impact thousands of asylum seekers currently detained across the United States.

In shifting the burden of justifying continued detention from the noncitizen to the government, the court noted that “[i]n every other context (both civil and criminal detention), the Government bears the burden of proof regarding suitability for release.”

The court’s order is the first nationwide ruling placing this burden on the government at an initial bond hearing. The case is Padilla v. Sessions and the plaintiffs and nationwide classes of asylum seekers are represented by the Northwest Immigrant Rights Project (NWIRP) and the American Immigration Council.

“This is a tremendous first step toward more equitable bond hearings for asylum seekers,” said Matt Adams, legal director for the Northwest Immigrant Rights Project. “These protections are essential in order to ensure that detention is not used as punishment or a mechanism to block asylum applicants from asserting their rights to seek protection.”

“The court’s decision recognizes the physical and psychological suffering that asylum seekers have been forced to endure for weeks and months as they await bond hearings,” said Trina Realmuto, directing attorney at the American Immigration Council. “We are thrilled that under the court’s order, our class members will receive prompt bond hearings with basic due process protections.”