US labor dep’t to crackdown on H-1B visa abuse 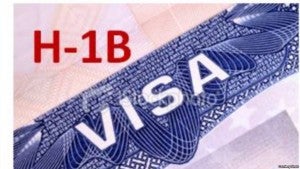 WASHINGTON, DC – American workers will be protected from H-1B program discrimination through greater transparency and oversight that the U.S. Department of Labor on April 5 pledged to provide.

The program allows employers to hire highly skilled foreign workers in specialty occupations. The H-1B visa program authorizes the temporary employment of qualified individuals who are not otherwise authorized to work in the U.S.

The department will protect American workers against discrimination through the following actions:

To further deter and detect abuse, U.S. Citizenship and Immigration Services has established an email address which will allow individuals (including both American workers and H-1B workers who suspect they or others may be the victim of H-1B fraud or abuse) to submit tips, alleged violations and other relevant information about potential H-1B fraud or abuse. Individuals also can report allegations of H-1B violations by submitting Form WH-4 to the department’s Wage and Hour Division.