Snapchat Changing Things up With Own Multi-Player Gaming Platform

Snapchat Changing Things up With Own Multi-Player Gaming Platform

Messaging app Snapchat, which is widely popular among younger users but has struggled to turn a profit since its creation in 2011, on Thursday unveiled new features including an integrated gaming platform, an expansion of its original series and new parnerships with developers.

“Friendship is more than just the things you chat about,” said Will Wu, the director of product at Snapchat as he unveiled Snap Games at a Partner Summit in Los Angeles to highlight the new features for creators and app developers. “Friendship is also about experience you have together.”

The six made-for-Snapchat games, including “Bitmoji Party,” “Alphabear Hustle” and “Zombie Rescue Squad,” will be part of a global gaming industry that saw $77 billion in revenue last year, Wu said.

Snap just announced its gaming platform and its own game by the creator of Fruit Ninja, called “Bitmoji Party.” (Think Mario Party for your phone with bitmoj.) There are other game devs like Zynga with exclusive Snap games.

You read about it here: https://t.co/0FCcpkRXn6

The six games will be directly accessible from Snapchat’s popular messaging feature Chat, offering users the possibility to play while at the same time exchanging messages.

“Bitmoji Party,” developed by Snapchat parent Snap and inspired by Nintendo’s “Wii Party,” for example features players, brought to life with 3D Bitmojis, as they compete across four fast-paced mini-games.

“You can launch Bitmoji Party right from the chat bar, allowing you and your friends to instantly play together, no install required,” Wu said. “Alphabear Hustle” is described as a fast-paced word game in which players work together to spell words, collect cute bears and build their own personal bear village.

“Zombie Rescue Squad” deals with a zombie apocalypse that calls on players to “rescue survivors from the hungry hordes and gather as many supplies as you can. “But if you miss the helicopter to safety, you’ll be left behind!” Outside developer partners of these games will be able to earn money through video advertising. 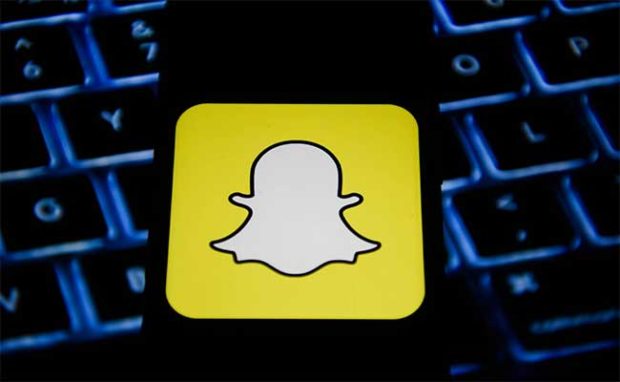 In a bid to enrich its content and widen its network, Snapchat also announced it was partnering with outside developers that will be able to integrate Snapchat features into their apps.

For example, Fitbit smartwatch users will be able to access Bitmojis and a Netflix subscriber will be able to directly publish a message on Snapchat about a favourite series. Users of mobile dating app Tinder for their part will be able to publish their Snapchat “story” on their profile. Snapchat said it also plans to expand on its new original series for the messaging app that were launched in October.

The shows, which run three to five minutes each, are designed for Snapchat and are shot in vertical form for smartphone viewing. They include graphics and split screens.

“We’re navigating a profound transformation in storytelling,” said Sean Mills, the head of original content at Snap. “Mobile is now the dominant medium for telling stories and consuming. “In 2019, mobile will surpass television in time spent for US adults.” The series explore various issues, including teen love, race relations or sports.

Snapchat has nearly 190 million daily active users but has struggled to boost revenue from young users. It has lost money every year since it was launched in 2011 and has even said it may never turn a profit.

“In fact, we reach more 13-24 year-olds than Facebook or Instagram in the United States, the UK, France, Canada and Australia,” he added.