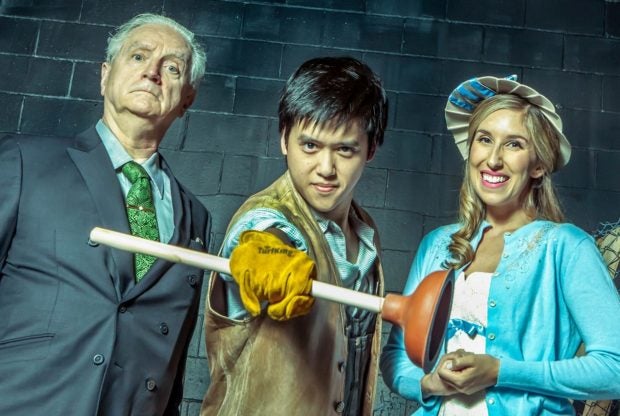 SEATTLE — Filipino American Mikko Juan will be playing the lead in “Urinetown,” a musical set in a dystopian future where a 20-year drought has crippled a city’s water supply.

The citizens are forced to use the pay-per-use amenities owned and operated by Urine Good Company. Those who try to circumvent the fees by not using the facilities risk being taken away to Urinetown—a mysterious place where many have been sent but from where no one ever returns.

Juan plays Bobby Strong, a character that will lead the city to revolution in this tale of greed, corruption and love.

A coproduction of 5th Avenue Theatre and A Contemporary Theatre, music is by Mark Hollmann and book by Greg Kotis with lyrics by both.

Juan’s interest in acting began when he was still a child. He enjoyed watching movies starring Harrison Ford as well as behind-the-scenes documentaries about the Harry Potter films.

When his sister forced him to watch a film version of “The Phantom of the Opera” musical, he loved it so much, he was moved to tears. After finally catching and being awed by a stage version, he realized he wanted to give musical theater a shot.

He started acting on stage in high school and landed roles such as the Tin Man in “The Wizard of Oz” and Chip Tolentino “The 25th Annual Putnam County Spelling Bee (a role originated by Fil-Am actor Jose Llana). He went on to study musical theater at University of Washington

Juan’s credits include “Jane Eyre: The Musical,” “The Journal of Ben Uchida: Citizen 13559,” “Kiss Me, Kate,” “Peter and the Starcatcher” and “Pippin.”

“Rehearsals have been going really well!” he says. “We just finished our first week and we’ve really hit the ground running. It’s been so humbling and inspiring to be in a room of brilliant actors and to watch them work.” 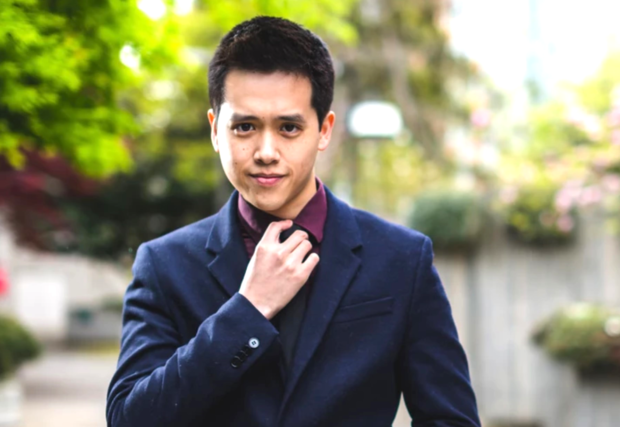 Mikko Juan is humbled and inspired by his co-actors. CONTRIBUTED

“It helps that we have an amazing director in the form of Bill Berry. He has such a strong and innovative vision.

He credits Berry, for establishing a creative work environment.

“He’s created a room where we all are given permission to make bold choices; to play and fail in order to bring out the best results. I’m having such a great time.”

While the show is a comedy, it touches on environmental, civic and social issues.

“With the current political climate, it’s very easy to lean very strongly towards one side and to block out anything and everything the other side has to say,” Juan says.

“After seeing this show, I hope audiences learn that there are gray areas to everything, that not everything is black and white.”

He expounds further, “There is nuance in everything, and not everything has a perfect solution or foundation. Flaws exist in everyone and everything.

“Of course, I acknowledge that there is a line that needs to be drawn on some cases. However, as cliché as this sounds, we all need to listen to one another more.”

He adds, “I don’t want to give anything away for people who have never seen or heard of this show, but I will also say that the conclusion of the show offers a wake up call on a topic that is very much in discussion today. I hope people continue that conversation and even work towards action steps.”

“Urinetown” runs April 6 to May 26 at A Contemporary Theatre, Visit acttheatre.org.