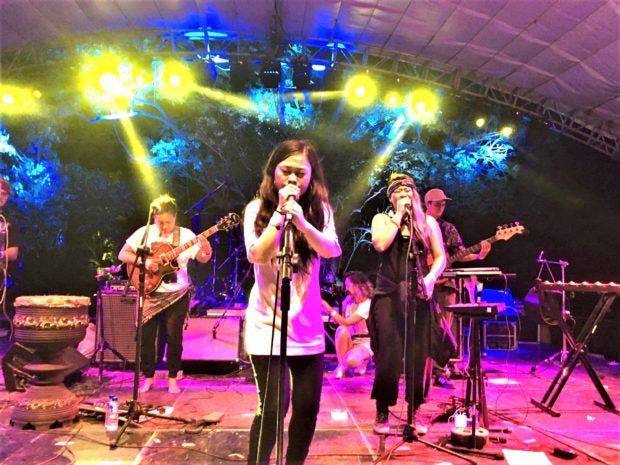 Once known as the “underground” festival held at the private Villa Malasimbo, this 9thyear of the Malasimbo Music and Arts Festival tested new grounds at a reserve park at  White Beach, just behind the rental cottages at Puerto Galera’s most popular white-sand beach. Entry to the new venue was orderly and seamless.

With more space, simultaneous events gave more choices, from silent disco on a sprawling color-coordinated DJ channels, to nonstop disco on another side, while the main stage is setting up for live performances. There were endless choices for party-goers who could hop from one event to the next, from one genre to another.

The art installations from previous years were visible, with even bigger set up and light effects. The famous Dandelions by Olivia d’Aboville Grgićgreeted everyone arriving at the new site. It’s a formation of giant puffy dandelions made of water bottles, which looked like a dreamland on a backdrop of neon colored lights leading to the main festival ground. 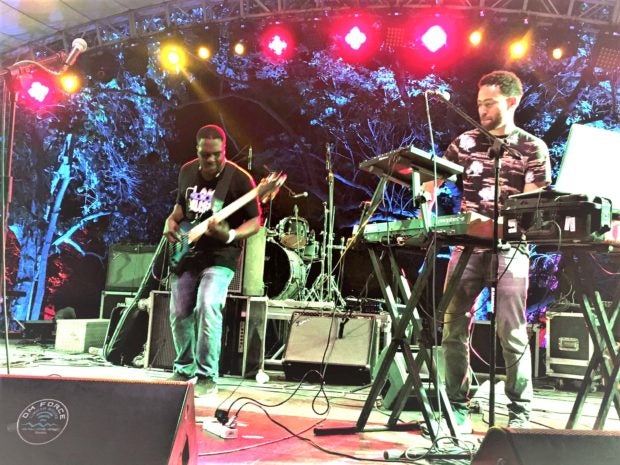 New Yorkers in the house, Taylor McFerrin on keyboard and Robert Glasper on guitar jamming with the band. INQUIRER/Carol Tanjutco

Mangyan tribal wares were sold by the natives along the way, with a display of their weaving process. Big pieces of handwoven fabrics were offered for as low as USD 25 dollars, big enough to wrap around or cut into a dress. Scarves, accessories and basket wares made of indigenous materials provided valuable mementoes to go.

Inside the festival ground, a vendor info table and exhibition booths lined one side along with a variety of food stalls offering international Asian cuisine. A choice of Filipino, Indian and Chinese street food and finger foods complemented the theme. Tattoo and vaping stalls offered    all-natural products for sale. 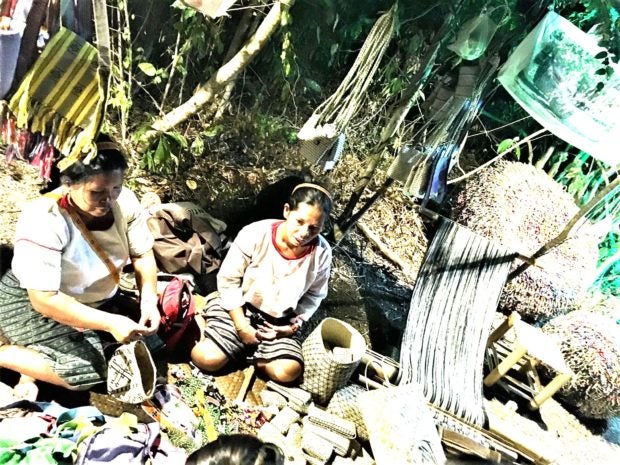 There were plenty of choices for the night. The main stage showcased international and local talents well loved by the predominantly young crowd. A surprising twist this year: two couples got engaged. One young man proposed to his girlfriend before a screaming crowd of spectators, amidst a Filipino reggae song, Diwata ng Buhay Ko (Muse of my Life).

Another couple later went up the stage during an intermission to profess their love, and he with bended knee and proposed marriage. Malasimbo magic was in the air, love was so contagious, the audience were all screaming with joy. Highlights of the two-day fest were captured in this video: http://www.youtube.com/watch?v=C6ZUrrMHLoc 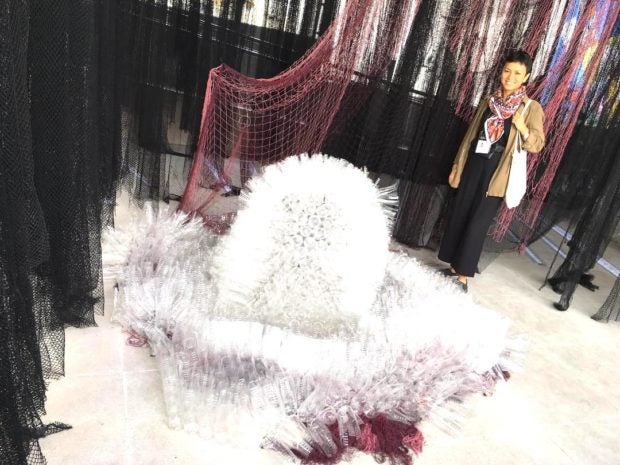 Brooklyn keyboardist and beatboxer Taylor McFerrin’s first album in 2014 featured Robert Glasper, who joined him during the festival, with Ft. Derrick Hodge and Justin Tyson, for a familiar jazz number with the audience dancing and singing to their beat.

California gal Ruby Ibarra introduced her 8-member Balikbayan Band and rapped her immigrant story, empowering women. Her family experiences as a first-generation Filipino-American inspired her music, which resonated with so many guests in the audience. 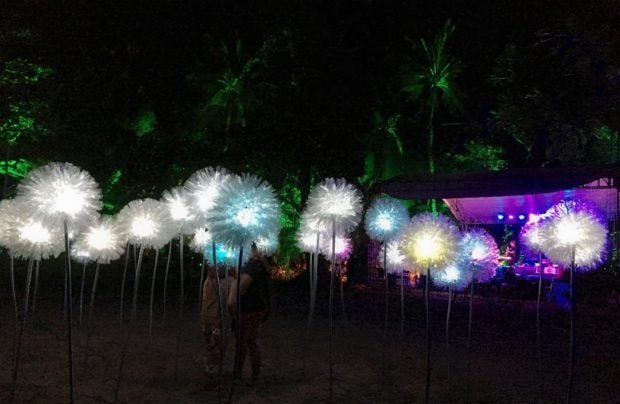 Giant Dandelions made out of plastic water bottles, are part of the very first installation by Olivia d’Aboville Grgić. It is now the signature dreamland entrance to Malasimbo Music and Arts Festival every year. INQUIRER/Carol Tanjutco