The San Francisco-based bulletin board that connects people with interests including food, fashion, travel and lifestyle said it would trade under the symbol PINS on the New York Stock Exchange.

“Pinterest is where more than 250 million people around the world go to get inspiration for their lives,” the company said in its filing with the Securities and Exchange Commission, which is expected to seek a valuation of around $12 billion. “They come to discover ideas for just about anything you can imagine: daily activities like cooking dinner or deciding what to wear, major commitments like remodeling a house or training for a marathon, ongoing passions like fly fishing or fashion and milestone events like planning a wedding or a dream vacation.”

Launched in 2010, Pinterest brings in money from its role in online shopping and from advertising. It becomes the latest of the richly valued tech startups worth more than $1 billion, sometimes called “unicorns,” to hit Wall Street. Ride-hailing giant Lyft is expected to begin trading next week and rival Uber is likely to announce terms of its IPO soon.

Details of the Pinterest offering were absent, with a temporary placeholder sum of $100 million to be raised, an amount likely to rise substantially. 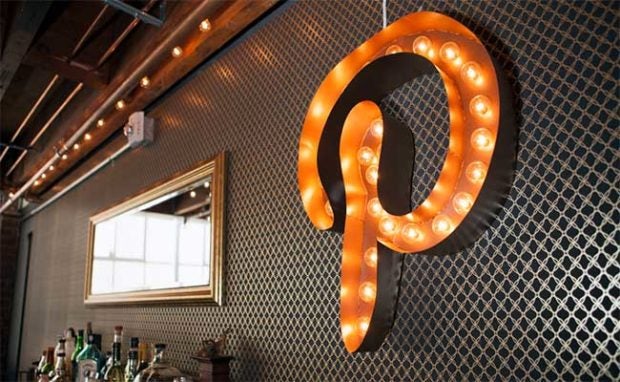 Pinterest boasts having become a hit with millennials and women who wield buying clout in homes, winning their attention with virtual bulletin boards that they decorate with pictures showcasing interests in anything from food to sports, fashion or travel.

Pinterest went on to weave in advertising and ways to buy items shown in posts, but said in the SEC filing that “substantially all” of its revenue comes from ads. Risk factors cited by Pinterest included competitors mimicking its products well enough to lure away users.

Facebook-owned Instagram this week ramped up its challenge to Pinterest, moving into potentially lucrative e-commerce by adding an option to buy products shown off in posts by selected brands.

A new “checkout” button for instant purchasing launched in a beta version of the app in the US with a limited number of businesses, according to the popular image-centric messaging service. “When you find a product you love, you can now buy it without leaving the app,” the Silicon Valley based division said in an online post.

Previously, people inspired to buy products featured in Instagram posts had to follow links to outside online shopping sites.

Pinterest also warned potential investors that while a Comscore study indicated that its US audience is 43 percent of internet users, including about 80 percent of adult women with children, it will need to penetrate other demographics such as men and international users for growth.

Laws regarding data privacy or removing content could also hamper the online bulletin board, according to the filing.

LATEST
PG&E offers STEM scholarships of up to $10,000
How Do Mineral Rights Work?
Florida businesswomen lead drive for safe water for Palawan’s rural poor
Who would be the first to get a COVID-19 vaccine?
Alarming rise in Covid cases as states roll back lockdowns
Everything You Need to Know to be a Successful Inventor
MOST READ
usa Kellyanne’s part-Filipina daughter, 15, scorches Trump
usa Filipino bus rider in Vancouver told to ‘speak English here’
usa Filipino in NY kills own mother, a Covid survivor
usa Why leaders who terrorize people need ‘anti-terrorism’ laws
usa Police in So. California arrest woman who harassed Asians
usa Hundreds of Filipinos at risk in California have yet to be tested – survey
usa Anti-Terror Act is itself an act of terror