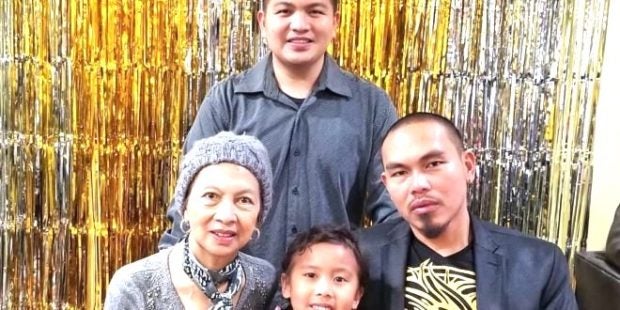 But as she was about to leave the hospital that afternoon, she learned that her family’s townhouse on Club House Road caught fire.

No one was home at the time, but the Millendez family has been displaced, staying temporarily in a hotel. They include Liberty’s husband, Robert, 60, and their two sons. Liberty, who was diagnosed with cancer months ago, is from Davao City.  He is a member of Alpha Phi Omega (APO).  A pharmacist in the Philippines, she immigrated with her family to the area 20 years ago. She had worked as a caregiver and child-care provider and has been active in the Filipino faith community at Christ the King Church in Silver Spring.

She stopped working when she became seriously ill. Roberto Millendez, who is also struggling with illness, is on sick leave. The eldest son, Jayjay, 37, is the only employed member of the family.

Montgomery County firefighters responded around 1:15 p.m. Tuesday and were able to quickly knock down the blaze. No one was injured in the fire, according to Pete Piringer, a spokesman for the Montgomery County Fire and Rescue Service.

Friends of the family are appealing to the community to lend support by giving to the GofundMe.com account below.