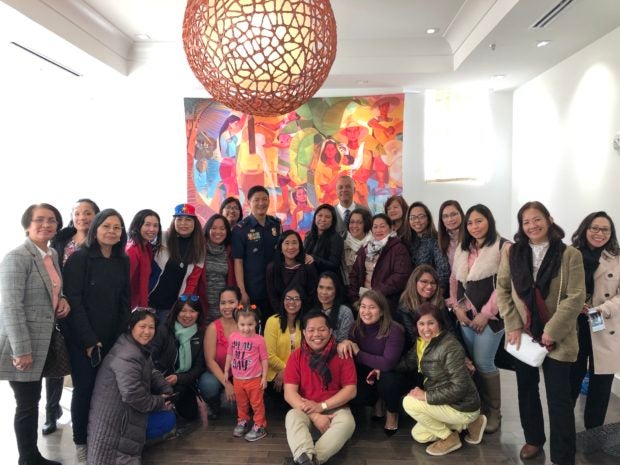 Group photo of the participants, speakers, and representatives from the Philippine Overseas Labor Office (POLO) at the conclusion of the panel discussion “POLO Meets the Filipinas” at the Philippine Embassy Chancery Annex on March 23. CONTRIBUTED

WASHINGTON, D.C.– Three Filipina workers who were victims of various forms of abuse and exploitation shared their personal stories of suffering and survival during a panel discussion March 23 hosted by the Philippine Overseas Labor Office (POLO) of the Philippine Embassy.

Labor Attaché Angela Librado-Trinidad and Welfare Officer Josephine Tobia, stressed that while the Philippines has undertaken critical policy and legislative reforms for the protection of the rights and welfare of women, they must continue to press for their right and interests. 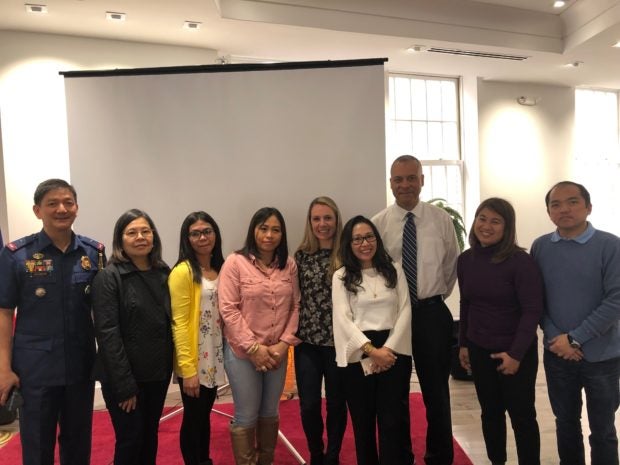 The three Filipinas who spoke at the event were Corazon Ruiz, a Ph.D. degree holder from the Philippines who was a victim of labor fraud; Beth Gatmaitan, a K-visa holder who became a battered wife and whose daughter was also threatened with abuse; and Armiya Lagasan, a domestic worker abused by her employer.

Their narratives of dreams shattered and also of survival show the importance of help from Philippine and US government agencies and well-meaning civil society advocates and private citizens. 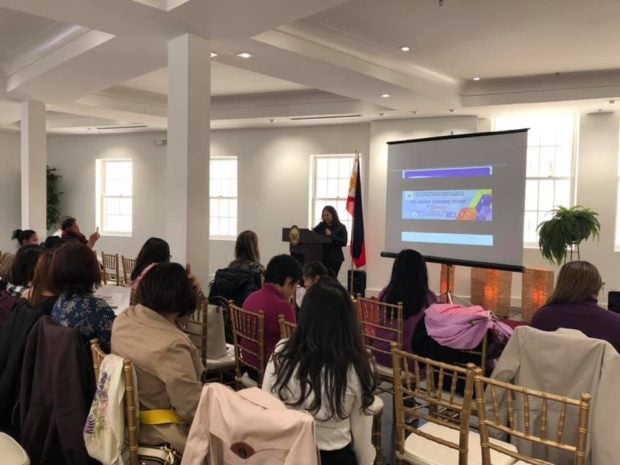 Welfare Officer Josephine Tobia speaking at the “POLO Meets the Filipinas” held at the Philippine Embassy on 23 March 2019. CONTRIBUTED

Presentations on how women can seek assistance in cases where there is gender-related abuse in the workplace, and even at home were given by Timothy A. Riera, national outreach coordinator, US Equal Employment Opportunities Commission (EEOC); Katherine Soltis, immigration staff attorney, Ayuda; and Police Brigadier General Sotero Ramos Jr., Philippine Police Attaché to the United States.