Can Bitcoin become a global currency?

Can Bitcoin become a global currency? 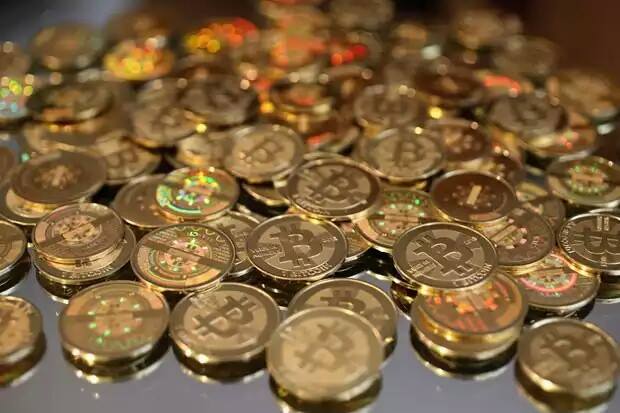 With recent research suggesting that the number of active Bitcoin users is set to approach five million by 2019, the issue of whether the cryptocurrency has the potential to become a global currency is being hotly debated in both the technology and financial worlds. But what exactly is Bitcoin – and could it eventually take over the world?

In short, Bitcoin is a virtual, digital currency that uses encryption to create and manage the exchange of funds; a cryptocurrency, as it’s known. The bitcoins are produced by people and businesses using specialized software that solves mathematical problems to create unique blocks in a chain to add to the Bitcoin public ledger. This creates blockchains which distinguish the bitcoins and enables them to be unique in order to legitimize transactions as well as confirm ownership.

This may all seem a bit unreal and intangible, but it actually makes perfect sense. The Bitcoin network is built up of miners, who are invested in keeping the currency secure and stable as they are paid in bitcoins and act as approvers of the blockchains through their activity. Like any online and computerized business, it can be subject to hacking and theft, just as your bank can.

The key to this currency is that it enables quick and cheap online payments without the need for traditional banking channels. One of the biggest barriers that it has to overcome is the general acceptance of Bitcoin being safe and stable as there is no government regulating it, unlike most currencies. Instead, Bitcoin self-regulates and new coins are issued at the pace at which the miners produce the coins. This is a positive, though, as it is designed to be difficult to create coins so that there is a steady stream of coins being produced. Bitcoins have been successful in becoming more mainstream with companies such as Microsoft, Dell and Tesla adopting the currency. But transactions are not just limited to bigger companies, with much smaller companies also following suit: you can now order flowers, pizza or coffee with bitcoins.

As you can read on bitcoin-based casino Bitcasino, online casinos have also really taken to bitcoins, making popular games like dice quick and easy to play. Seeing bitcoins as a safe and secure currency that enables players to load their wallet electronically with ease has enabled such casinos to distinguish their offering from others. Players are able to play games like blackjack, roulette and slot machines using bitcoins and are often given deposit bonuses.

Rates and price stability are also important factors to consider, and although 2016 saw some stability start to occur, it was then followed by a period of instability – largely attributed to Trump being elected. Like all currencies, Bitcoin is impacted by large events in the world particularly in countries where it has the strongest market: in the case of Trump being elected, this saw a rise in the exchange rates of bitcoins. Increasingly, Bitcoin is being seen as a way of hedging one’s bets against further inflation and economic strife.

As the growth in the adoption of the currency with retailers expands and awareness of the currency increases, so should confidence in Bitcoin. But there a large obstacle stopping the currency from becoming mainstream, which is being included in the exchanges. In March 2017, the first proposal for a Bitcoin Exchange Trading Fund was rejected by US regulators, in what could have been a real game changer for Bitcoin but instead saw their currency price fall. With the failure to be accepted by the large institutions, it makes it difficult to see how Bitcoin can grow and become a widely accepted and adopted currency. Further attempts are being made to get Bitcoin listed, which will likely determine its success.

LATEST
Explainer: Why the U.S. and Canada are fighting over dairy
People of color in Canada generally more educated but paid less
Meta is back as earnings spark share rise, lift Big Tech
Netflix is cracking down on password sharing in March
Spotify shares surge on bullish outlook as more users tune in
Canada’s economy inched up in November, likely to flatline first half of year
Your subscription could not be saved. Please try again.
Your subscription has been successful.
MOST READ
usa Pop Crave: Where Pop Music Is Heading Next
usa Gmail Creator warns of ChatGPT’s potential impact on Google’s business
usa Accent coach helps bring Milwaukee Rep’s immigration play to life
usa Filipina wins $250,000 in Saskatchewan, Canada lottery
usa Fil-Am officials challenge authorities to unite and stop gun death epidemic
usa Five-Year-Old California Boy Beats the Odds, Survives Mountain Lion Attack
usa Explainer: What to expect during the green comet’s encounter with Earth
DID YOU KNOW?
Kylie Jenner Ramen Recipe: Is It Good?
How to Store Raspberries Properly
How To Play Drunk Jenga: The Ultimate Guide
Best Food to Bring Camping
Popcorn Toppings that Are Perfect for Movie Night