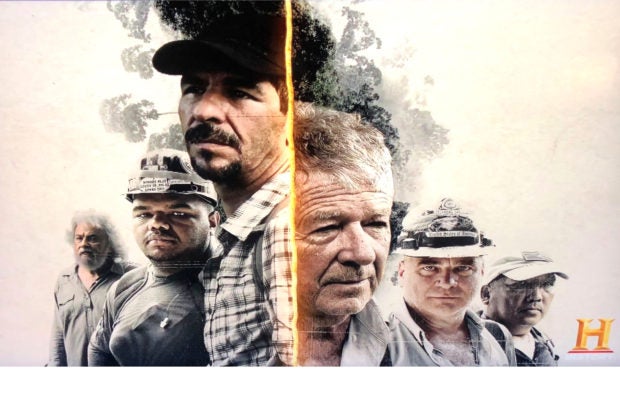 “Buried treasure may be the stuff of legend or film, but real-life treasure hunters exist, and some of them actually find something,” said Paez, one of the main cast members of “Yamashita’s Gold” – a brand new reality series on the History Channel.

Paez has joined an elite group of engineers and investigators using the latest and most sophisticated technology to search for the fabled Yamashita treasure.

At the close of World War II, legend has it that Japanese soldiers, led by General Tomoyuki Yamashita, along with Allied prisoners of war, built secret tunnels underground in dozens of locations and buried treasure worth hundreds of billions of dollars. For many decades since the war ended, rumors that the treasure remains hidden in the Philippines have lured treasure hunters from around the world.

It was believed the treasure included gold, jewels and priceless artifacts stolen from many nations during the war.

Adding political drama to the mystery, in 1991 former first lady Imelda Marcos claimed that her husband, former dictator Ferdinand Marcos, recovered Yamashita’s gold as she denied that their family’s wealth was ill-gotten.

A passion for treasure hunting

An admirer of history’s greatest explorers, Paez has always been mesmerized by the idea of finding hidden treasure.

He claimed to have found buried treasure in the mountains of Mindoro when he was in his early 20s and working for the Philippine national police.

Paez said that with the help of local Mangyan guides, he and three of his wide-eyed, adventure-seeker friends dug up small chunks of gold near a stream deep in the forest. “Some of the villagers believed it was part of the Yamashita treasure, but nobody knew for sure.”

More than three decades later, Paez took a break from running his cargo company, Manila Forwarders, to join a team of investigators on a mission to uncover the treasure and the truth behind Yamashita’s gold.

He declined to identify the show locations in the Philippines, but revealed that they explored mountain areas where an alleged eyewitness claimed Yamashita’s forces could have buried the treasure. The sites were reportedly sealed with explosives and secured with booby-traps.

“Our team had to decipher mysterious codes to avoid traps,” Paez said.

Paez is no stranger to dangerous missions. As a former member of the Chemical Biological Incident Response Force at Camp Lejeune in Jacksonville, North Carolina, he had experience dealing with terrorist action using weapons of mass destruction.

He had also helped secure high profile events, such as the Atlanta Olympics and a U.S. presidential inauguration.

Paez believes the show, which will air on the History Channel starting on Tuesday, March 19 at 9 p.m., will spark curiosity about the Philippines and may boost tourism.

“More important, I hope it makes the younger generation interested in history and the significance of the Philippines’ role in WWII,” he said.

“Perhaps it may somehow remind the world of the sacrifices made by our Filipino war veterans who fought bravely for freedom.”