Our Top Underrated Beaches in the Philippines 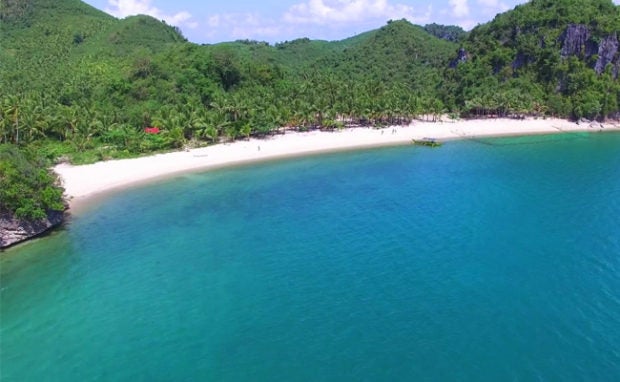 Do you want to visit these world class beaches while still getting the Boracay and Palawan vibe? Consider Borawan Beach instead, with the destination being described as Boracay and Palawan’s baby. With its white powder sand and spacious cliffs jutting over the crystal-clear water, it’s not hard to see why this beach offers the best of both places.

How to get there: From Manila, take a bus to Lucena City. Take another bus from the Lucena Grand Terminal to Unisan, and get off at QCRB Bank Padre Burgos. Ride a tricycle to Aplaya, and tell the driver you want to go to Borawan. Boats are available for rent in Aplaya, and can take you to Borawan Island, Puting Buhangin, and Dampalitan Island. 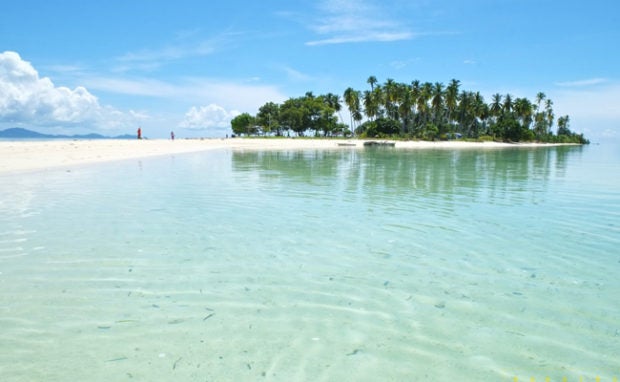 Another island similar to Boracay is Panampangan Island, Tawi-Tawi’s own version of the paradise. If you want to get a taste of the old Boracay, untainted by crowds and excessive nightlife, Panampangan Island is a slice of that paradise with one of the longest sandbars in the Philippines.

How to get there: Unfortunately, getting there might be a bit of a challenge. You might have to stretch your wallet too. Apart from having to go all the way to Tawi-Tawi, you’ll have to voyage by boat. There’s a speedboat for P10,000 (USD192), which will get you there in less than an hour. If you don’t mind taking your time, a P5,000 (USD96) boat ride will take three hours total.  Coordinate with the Provincial Tourism Office of Tawi-Tawi for more help. 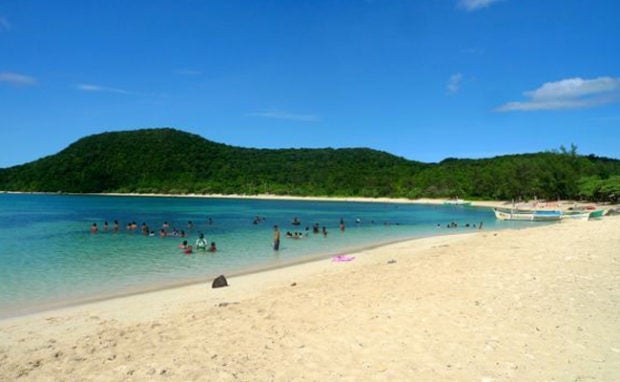 Consider the “Boracay of the North” at Anguib Beach in Sta. Ana, Cagayan. The beach, with white sand and clear waters, is on the northern tip of Cagayan. Expect strong and roaring waves, as the beach faces the Pacific Ocean!

How to get there: From Manila, take a bus for Sta. Ana, Cagayan, and a tricycle to San Vicente Port after that. From the San Vicente Port, get on a boat that will take you directly to the beach. 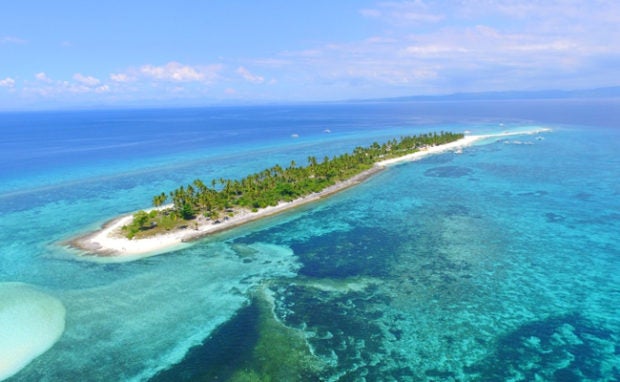 Kalanggaman Island in Leyte is said to be a smaller version of Boracay. What sets it apart from other beaches, aside from the lack of crowds, are the picturesque sandbars stretching into the sea. You will feel like castaway on the island where you can swim, snorkel, and kayak in the beautiful blue waters.

How to get there: From Manila, fly to the Tacloban Airport and take a van to Polompon. You can also use the Cebu Airport and ride a SuperCat to Ormoc, where you’ll take a van to Palompon. It would be more advisable to take the easier route via Tacloban Airport. Once you are in Palompon, go to the Liberty Park to pay for the Kalanggaman EcoTour. You’ll then take a boat to Kalanggaman Island.

RELATED TOPICS
Travel Tips: The Best Things to Do in Bali
27 of the Best Cheap Travel Destinations for 2019 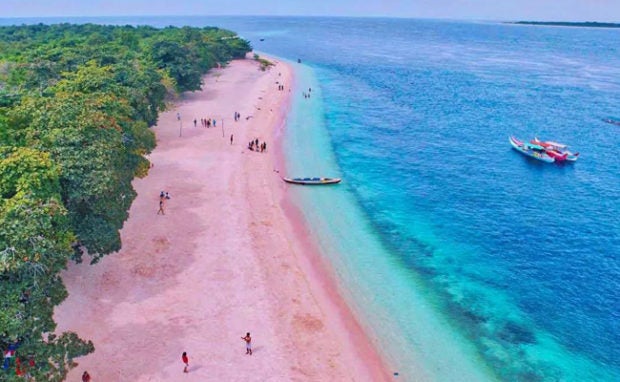 Pink beaches are always pretty and charming, but how about a pink beach recognized by the renowned National Geographic? Pink Beach on Santa Cruz Island, Zamboanga, is on National Geographic’s “21 Best Beaches in the World” list. The crushed red organ pipe coral that lives near the beach washes ashore, painting the sand a beautiful and lovely pink. It is so beautiful that the local government in Zamboanga regulates visitors and prevents people from staying on the beach overnight.

How to get there: You’ll need to coordinate with the City Tourism Office in Paseo del Mar to pay a visit. You won’t be able to get there if you don’t, which shows how seriously the local government is protecting the beach. 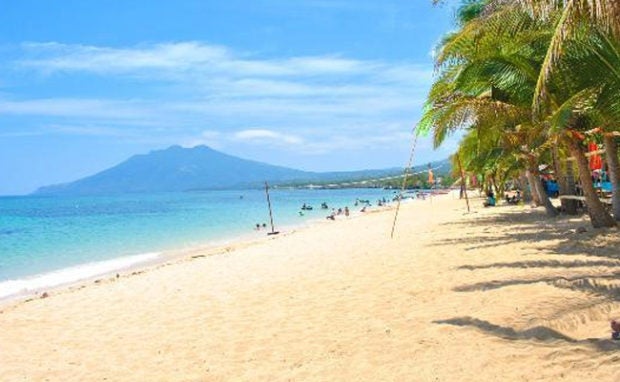 Not many know about Marinduque, an island province in the Philippines. It’s a quiet island with rich agricultural life and beautiful beaches. Travelers are in for a treat with so many activities and accommodations — even Airbnb and beach hut cottages — that are very affordable.

How to get there: From Cubao, take a bus to Dalachian Port in Lucena City, Quezon. From the Dalachian Port, take a boat to Balanacan Port in Mogpog, Marinduque. Ride a jeep or van bound to Sta. Cruz and take a jeep to Torrijos from there. Tell the driver to drop you off at Poctoy White Beach. The province of Batangas is one of the top tourist attractions in the Philippines for beaches, but many of its beaches could get overwhelmingly crowded in the summer. Good thing there’s the fish-shaped island, Tingloy, home to the picturesque Masasa Beach. There are no resorts, however, so you’ll be a traveler and not a tourist here.

How to get there: From Manila, take the bus going to the Grand Terminal at Batangas City. Catch the boat to Tingloy Port and rent a tricycle to your homestay or hike the trail to Masasa Beach. 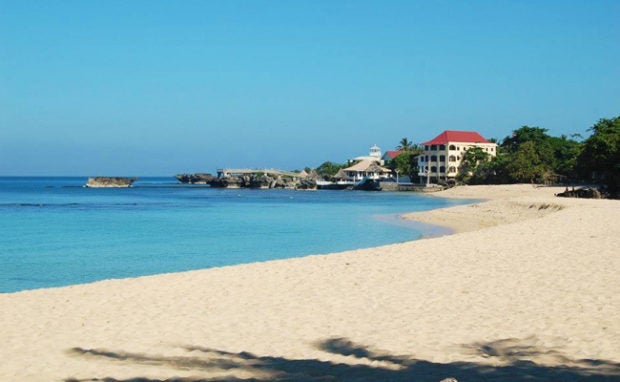 Patar Beach in Bolinao is a great alternative surfing spot for the neighboring La Union, one of the top tourist destinations in the Philippines, which will likely be crowded. Watch the sunset dip below the horizon as you catch a few barreling waves at Patar Beach.

How to get there: From Quezon City in Manila, take a bus to Bolinao. After the seven- or eight-hour bus ride, navigate around Bolinao using tricycles. There many resort options available here. 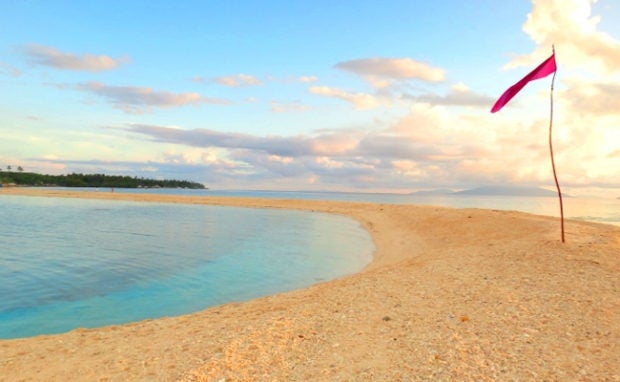 Higatangan Island in Biliran, a place even we haven’t heard of, has several white sandy beaches with the open sea washing up exotic shells. There are also tidal sandbars so you can scavenge the tropical shoreline. Cliff jumping, hiking, kayaking, and scuba diving are on the list of things to do in the Philippines, while still maintaining solace and privacy.

How to get there: From Manila, take a flight to Tacloban or Ormoc City. You may also take a SuperCat ferry from Cebu to Ormoc. Take a bus, taxi, or van from the airport to Naval. Higatangan Island should be about 30 to 45 minutes taking a motorboat from there.