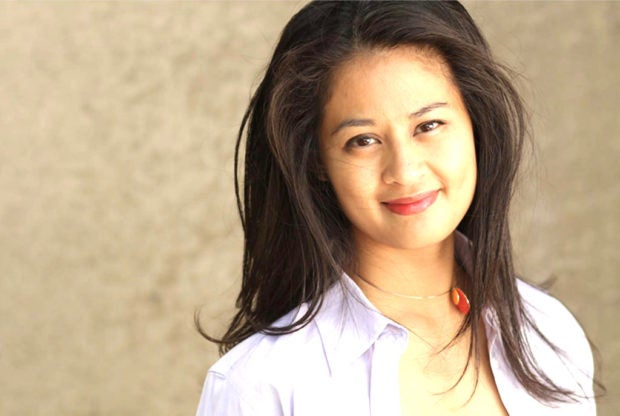 LOS ANGELES — The famous American filmmaker Orson Welles once said, “The notion of directing a film is the invention of critics—the whole eloquence of cinema is achieved in the editing room.”

As the quote suggests, editing has the power of moving and pushing a narrative a certain way. How a film is edited can make all the difference in how an audience interprets a story.

“Of all the visual arts, what separates film and television from the rest is editing,” explained Michelle Tesoro, the Filipina-American lead editor behind the recently released Ruth Bader Ginsburg biopic “On the Basis of Sex.”

“Editing gives a film meaning. It is how it tells its story,” added Tesoro. 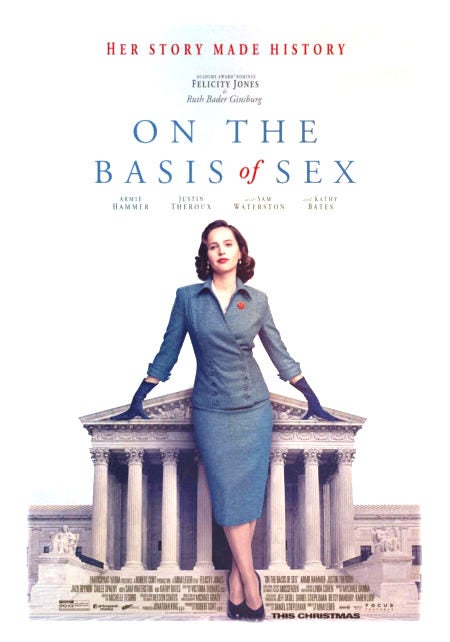 Tesoro was the lead editor of Focus Features’ “On the Basis of Sex,” which follows young lawyer Ruth Bader Ginsburg as she teams up with her husband Marty to bring a groundbreaking case before the U.S. Court of Appeals and overturn a century of gender discrimination.

Inspired by the true story of Supreme Court Justice Ginsburg, “On the Basis of Sex” follows Ginsburg’s early journey from law student to legal champion by way of the courtroom, as the young Ginsburg (played by Academy Award nominee Felicity Jones) teams up with her husband Marty Ginsburg (played by Armie Hammer) in toppling down years of gender discrimination precedents before the U.S. Court of Appeals.

Directed by acclaimed director Mimi Leder and written by Ginsburg’s nephew Dan Stiepleman, the film was received as being timely in the age of the current #MeToo movement in addressing the still present issues of gender equality, women empowerment, and overall social justice.

But how Tesoro eventually got the responsibility of editing the justice’s story traces back to her upbringing in Chicago where her goal of working in the film industry started early.

“I grew up in Chicago and my mother was a very hardworking nurse,” said Tesoro, 40, who now resides in Los Angeles.

Describing her upbringing as being typical of any other American kid, Tesoro remembered spending a lot of time in front of the television and going to the movies.

“I guess because I grew up here, I wasn’t intimidated about a career in film or television, even though my mother might have been,” said Tesoro.

While her mom and sister were artistic and had painting and calligraphy hobbies, Tesoro said they stuck to careers that were considered more practical.

When Tesoro secretly applied to the New York University Tisch School of the Arts—one of the nation’s top and most selective film schools—she recalled her mom being very upset.

But that didn’t stop the young Tesoro from again applying to the school while finishing up her general education requirements at the University of Illinois in Urbana-Champaign.

“I got in, and when I told her, her response was, ‘Well, you just do whatever you want to do anyways, I don’t know why you even bother to tell me,’” Tesoro recalled her mom telling her.

“And that’s true,” she continued. “I’m pretty stubborn. I think the pressure to have a successful life pushed me to making sure this ‘dream’ I had worked out and could be monetized. So that made me more focused at [on] getting a job after Tisch.”

But even before university, Tesoro honed her personal drive while attending Chicago’s Whitney M. Young Magnet High School, which has graduated notable alumni like the former first lady of the United States, Michelle Obama.

On Tesoro’s website, she cites the school as being responsible for her “open mindedness and unending drive to push the boundaries, both of her projects and of her own potential.”

“Most of the students there very goal-oriented and driven,” said Tesoro, adding that it was also one of the most diverse schools in the country.

“No matter what race, gender, or socio-economic status you were, academic expectations were the same. Very high,” added Tesoro.

While at Whitney M. Young, Tesoro was active in theatre and already had an interest in photography and movies.

In the summer of 1995, Tesoro got a flyer in the mail from Columbia College Chicago film school  for a summer 16mm filmmaking class for high school students, and decided to sign up.

“I loved it, and I loved shooting and editing,” said Tesoro.

Being the youngest in the class of mostly high school seniors, it was ultimately her peers that got her thinking about seriously pursuing a career in film in university.

“One kid was going to NYU in the fall, and that is how I happened upon the idea,” recalled Tesoro.

Though Tesoro said she wouldn’t recommend going to film school now due to the fact that an education in filmmaking has become absurdly expensive, her time at Tisch proved to be time well spent.

From school, Tesoro got a job at a record company in New York City editing promos.  But in 2005, she moved out to Los Angeles and began working her way up, eventually cutting high-profile films, television, and streaming series including the Netflix series “House of Cards” and “Godless,” and HBO series “The Newsroom,” and “Luck.” 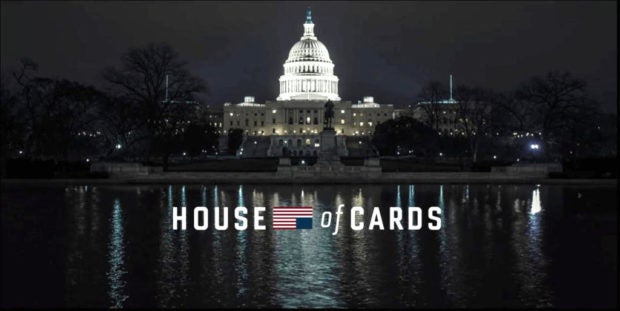 Tesoro edited four episodes of the first season of “House of Cards,” which premiered on Netflix in 2013.

In 2011, Tesoro won Best Editing at SXSW for the film “Natural Selection,” which overall took home both the Audience and Grand Jury Awards.

“My journey has been a lot of hard work—60 to 70 hour weeks, time away from friends and family.  I’ve missed a lot of weddings,” said Tesoro.

She added, “Ultimately I believe those sacrifices in time and human capital are what led to where I am today.”

Ginsburg—an octogenarian and the eldest Supreme Court justice—is undoubtedly an icon of today. Also called “The Notorious RBG” (a name play on the 1990’s rapper The Notorious B.I.G.), Ginsburg continues to be praised by members across different generations expressing the need to “protect her at all costs.” This, nearly three decades after her 96-3 Senate confirmation vote in 1993.

“I really wanted to be a part of telling the Justice’s story,” said Tesoro, who got the job after being approached by Leder with whom she worked before.

Among the first things viewers see in the film is the young Ginsburg marching alongside a parade of dark suited men against the background tune of the Harvard fight song, “Ten Thousand Men of Harvard.” By the end of the film, Ginsburg is seen walking up the steps of the high Supreme Court, signifying a long but successful journey.

But between those scenes, important milestones had to be strategically condensed to fit within the narrative.

Among the toughest scenes Tesoro had to work with was a 16-page courtroom sequence, which required her to not only work with the large amount of legal dialogue, but with footage shot at various angles.

One scene, in particular, took place in a classroom where Ginsburg, despite knowing the answer to her professor’s question, gets interrupted and struggles to be heard as her professor refrains from calling on her and continues to call upon her male classmates who didn’t know the answer.

“She stands up for herself and shuts them down,” said Tesoro.

“Well, I identify with her in that scene,” she added. “You’ve got to pull yourself up to be heard and seen.”

That sense of empowerment was something the film’s creators wanted to convey, and they knew that their goal was accomplished when the two preview screenings proved successful.

Varietyreported that even Ginsburg, who watched the completed film for the first time at a National Archives screening in Washington, D.C., stood up and clapped to the cast and crew following the screening.

“She loved the movie and said, ‘Oh, I hear you are doing a good job,’” Tesoro recalled of her meeting Justice Ginsburg.

On why she thought Filipinos and others in general should watch the film, Tesoro highlighted Justice Ginsburg’s role as a defender of justice and emphasized that Justice Ginsburg was not a politician.

“Filipinos should watch it to learn about how one person can make a difference,” said Tesoro. “It’s inspiring.”