Moviegoers in 2019 are in for a treat this year.  From the much-awaited conclusion to last year’s Avengers: Infinity War to the unexpected fourth entry in the Toy Story series, 2019 is shaping up to be an excellent year for films.  If you’re into specific genres like comedy, the upcoming comedy movies are looking promising as well.

Make sure your sides are ready for all of your laughter because these movies are sure to get your laugh box working but don’t be fooled: some of these upcoming comedy movies can also tug at your heartstrings.  Just because they make you laugh, doesn’t mean that they’re shallow.

Here’s a list of ten excellent upcoming comedy movies.  Keep in mind that these are in no particular order. 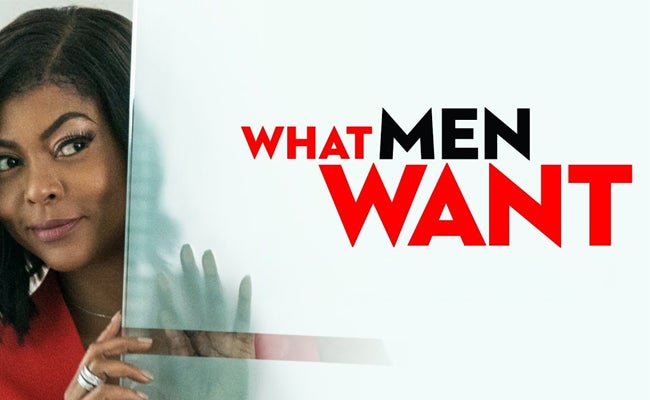 Taraji P. Henson stars as a female sports agent who’s always losing contracts to her male coworkers.  After a chance encounter with a slightly sketchy psychic, she gains the ability to hear men’s thoughts as if they were spoken aloud.  She uses this ability to find a date, win some competitions and eventually land her dream contract. 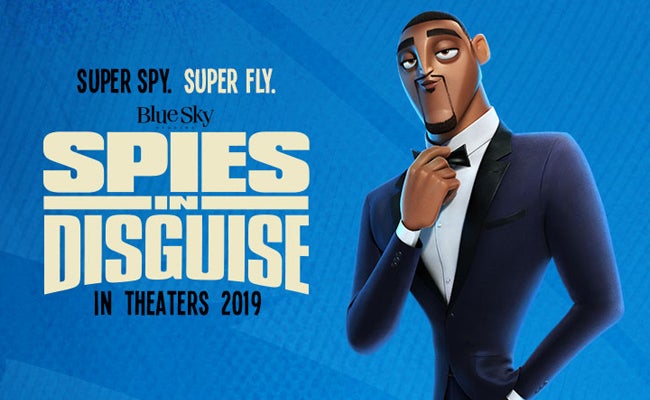 Upcoming comedy movies that are animated tend to be a hit across all ages and this one is no exception.  Will Smith and Tom Holland team up in this animated espionage comedy movie. Smith lends his voice to the character Lance Sterling, the world’s best spy.  Unfortunately, Sterling gets turned into a pigeon and it’s up to Holland’s character Walter, a socially awkward but genius inventor, to save the world with Sterling.

The Lego Movie 2: The Second Part 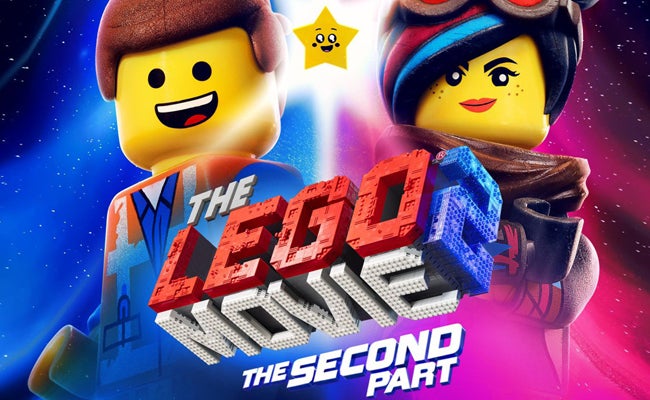 Our lovable Lego masters are back with this sequel to the 2014 hit, The Lego Movie.  Years have passed since the disastrous events of Taco Tuesday and our Lego citizens seem to be living in peace.  That is, until an invader abducts almost everyone except Emmett. Master builder Emmett must put his awesome skills to use so he can save Lucy and the others from the hands of the Lego Duplo invaders.

Fighting with my Family 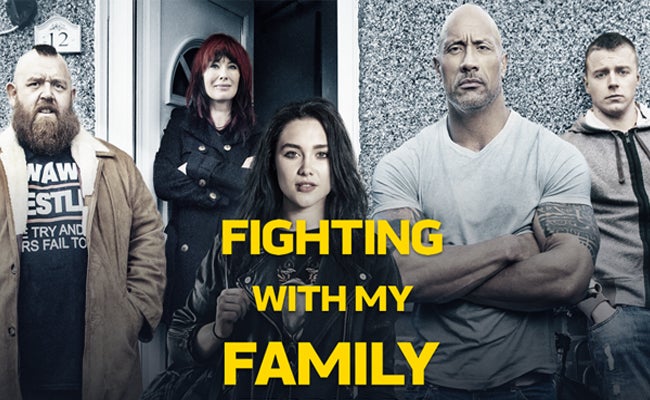 This 2019 upcoming wrestling comedy movie is based on a 2012 documentary called The Wrestlers: Fighting With My Family.  The film revolves around the life of Saraya Bevis, whose stage name is Paige and her ascent from being a fan to becoming a professional wrestler.  Saraya grew up in a wrestling-fanatic family and her signing to the professional wrestling world causes all sorts of crazy antics from her family to ensue. 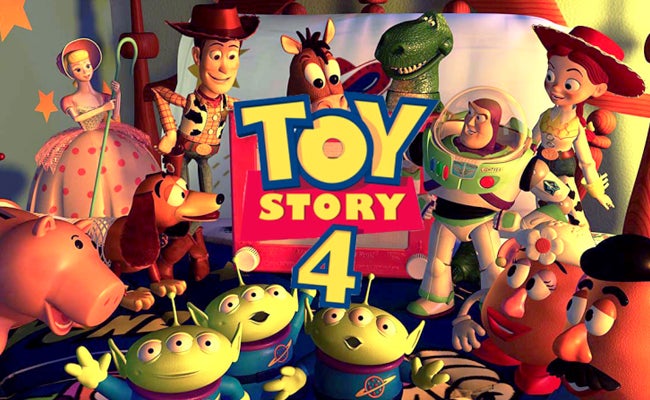 Everyone thought that the Toy Story ended after the events of the third movie.  Apparently not, because the fourth entry in the franchise is set to continue the plot in 2019.  Still starring our beloved characters Woody, Buzz Lightyear and others, Toy Story 4 introduces us to a new character named Forky.  This upcoming 2019 comedy reintroduces our gang of toys as they embark on a road trip, where they eventually meet Woody’s long lost girlfriend, Bo Peep.  This meeting makes everyone realize how much the world can change a toy.

The synopsis may sound like an emotional roller-coaster but it wouldn’t be included in an upcoming comedy movies list if there wasn’t a guarantee of toy-related shenanigans. 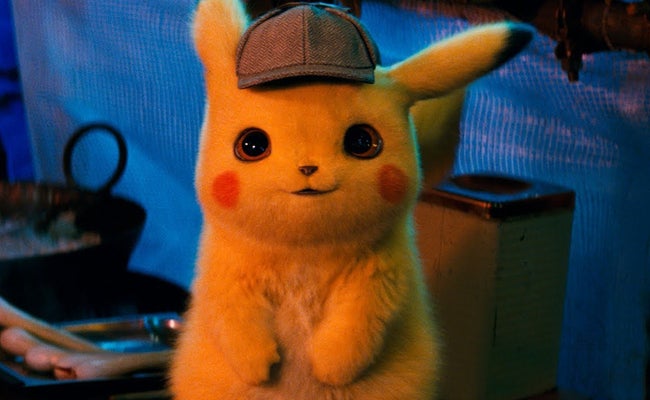 If you think a movie based on a video game can’t be on a list of upcoming comedy movies, think again.  One of the world’s most beloved video game franchises is finally getting a movie and it’s a wonder that it took so long.

This live-action movie coming to theatres in 2019 combines live actors with computer animated characters: actor Justice Smith plays a young man named Tim Goodman, while Ryan Reynolds lends his voice to the hyper-realistic, animated Pikachu.  The quick-witted Detective Pikachu has a sharp sense of humor, which sets him apart from other Pokemon who can only utter their names.

The Secret Life of Pets 2 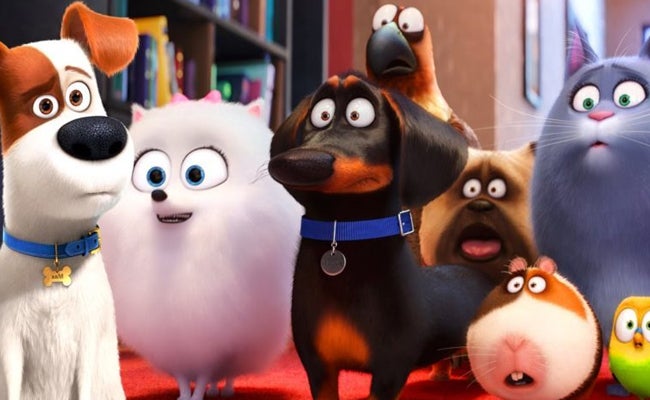 The plot is not known yet for this sequel to the 2016 hit, The Secret Life of Pets.  What we do know is the movie will continue its “secret life” theme, which shows what pets do when their owners are away.  The entire voice cast comes back for this sequel; the only change is that Patton Oswalt takes the lead role of Max. A few character trailers are already out there; if these short clips are anything to go by, our pets’ secret lives are about to get even more hilarious. 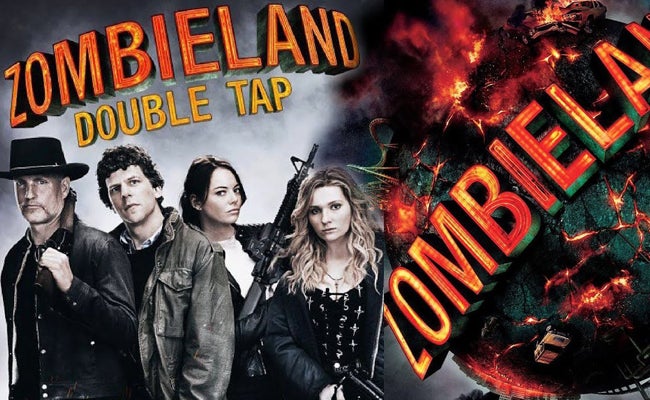 No other movie sequel has been a perfect candidate for the 10-year challenge meme than Zombieland: Double Tap.  Ten years after the release of Zombieland, pretty much everyone is back: the main actors, the director and the screenwriters.  Our city-named characters, Columbus, Tallahassee, Wichita and Little Rock, are still fighting zombies.  They’ll be joined by more characters, Madison, Berkeley and Nevada, along with even smarter zombies. 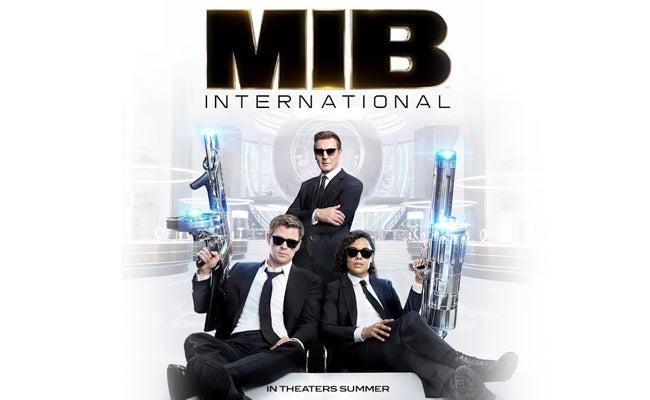 If you thought Agent K and Agent J’s story ended in Men In Black 3, you’d be correct.  Men In Black: International focuses on entirely different characters: Agents H and M from the London office.  They’re still protecting Earth from mischievous aliens, of course but this time their biggest problem is a mole inside the MiB organization.  Chris Hemsworth and Tessa Thompson pair up for this upcoming 2019 comedy film. 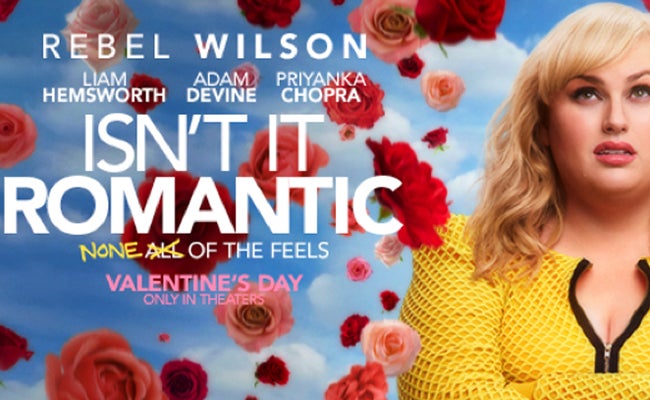 Rebel Wilson’s Natalie is not having a good time: her job is not going well and her encounter with a mugger lands her in the hospital.  After regaining consciousness, she finds out that things have changed: her apartment is filled with fancy stuff, she has a fabulous roommate and a handsome man falls in love with her.  In other words: she wakes up in a rom-com scenario. Oh, and did we mention that she’s cynical when it comes to love? Be sure to check out this upcoming comedy film that is sure to leave you laughing in 2019.

There are so many good upcoming comedy movies coming out this year that it’s hard to pick just ten; listing them all would take all day!  Regardless of whether you’re into live action or computer animated movies, 2019 is packing the laughs for you. Even if you miss any of them in the theaters, don’t worry: you can always stream them later to laugh in the comfort of your own home.