Fossil smartwatches, especially the Fossil Hybrid smartwatch, are coming head to head with the Apple Watch when it comes to wearable technology. Currently, the Apple Watch is the most popular of wearable gadgets, but its sale’s performance was less than expected. Many argue that this shortage of sales is due to chaining the watch to the iphone, which ignores the other 2/3rds of the smartphone users who might consider purchasing the gadget.

The Apple Watch is fundamentally a wrist-worn media device with some other modern features like an electrocardiogram and fall detection program. Depending on the version of the watch that you purchase, the device is able to function alone without requiring iphone compatibility.

However, some smart watch buyers do not want to buy into the apple culture or technology, and are searching for alternatives to the renowned Apple Watch. The good news is that there are plenty of great devices to choose from for whatever your needs may be. A great contender of smartwatch brands is Fossil Smartwatches.

Fossil has been in this market for a while and knows how to properly design a watch. Fossil Smartwatches, unlike the Apple Watch, are closer to what a watch needs to be, and, except for battery life, are much more similar to “evolved” devices. In essence, Fossil Smartwatches have all the essential functionality of a wrist watch with added computer functionality.

So what’s really worth your money? Find out in our reviews of both the Apple Watch and the Fossil Hybrid Smartwatch. 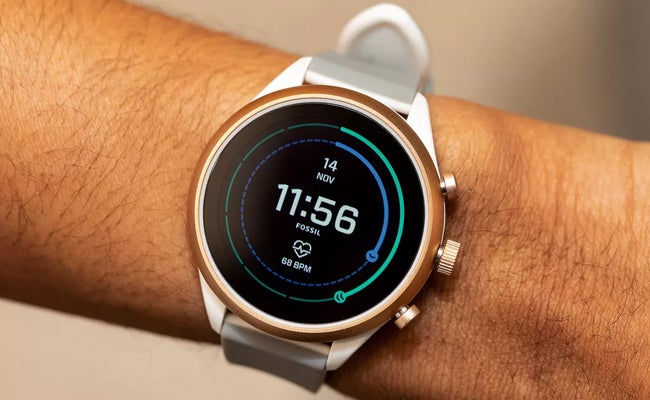 Currently, Fossil Smartwatches are offering the Fossil Hybrid Smartwatch that combines smartwatch functionality with traditional wrist watch looks. The design is unbelievably sleek; you won’t even notice it’s a hybrid smartwatch until you receive an alert! What other differences are there between a smartphone and a smartwatch? Well, this helpful guide from Fossil might be of use.

Fossil puts forward a huge range of hybrid smartwatches which pair with your phone to offer things like notifications, fitness tracking, and useful controls. These look like traditional wristwatches, but they have fitness tracking capabilities integrated into them. Some of these devices have tiny screens camouflaged into the watch face.

However,  many people rely on connecting with a smartphone application to present the tracked data. The devices can also alert you with notifications and automatically change time zones when you travel. The ability to sort the notifications and receive alerts about certain events is a great feature of these modern watches.

The Fossil Hybrid Smartwatch comes pre-loaded with a coin battery so there’s no need to charge the smartwatch upon purchase. Plus, it’s easy to set up right out of the box. First, you download Fossil’s companion app, “Fossil Q,” to your iPhone or Android, launch it and register, then follow the prompts to pair the watch to your phone. It is that quick and easy to do. 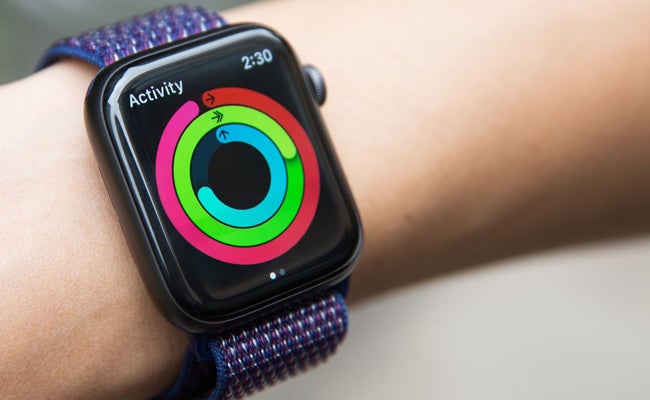 The Apple Watch has clearly come a long way. The design alone is a big upgrade, with the screen offering far more visibility than before.  While the health applications are only going to help a subset of users, they are forward-thinking products and show the direction Apple is heading towards.

Another thing is that the Apple Watch is more colorful and vibrant than its iPhone-connected rivals, especially the new Pebble Time, and readable in all but the brightest sunlight. Also, the Apple Watch has improved by an order of magnitude when it comes to performance. Just three years ago, the Series 0 relied on your iPhone for every interaction and took ages to load content. The Series 4 is blazing fast in comparison, thanks to the fourth-gen S4 watch processor.

The Series 4 now also lets you call upon Siri just by raising your wrist and speaking. That’s it. Just start talking, instead of holding down the crown to activate a voice command. This feature is subtle but may save you time and embarrassment when you need the virtual assistant in your daily life.

In the end, the two gadgets are completely different from each other despite both being “smartwatches.” In a nutshell, the Apple Watch is a wearable computer with watch-like features while the Fossil Hybrid Smartwatch is a watch with computer-like features. So, if you’re looking for a specific feature in your device, consider your options so you’ll get your money’s worth upon purchase.