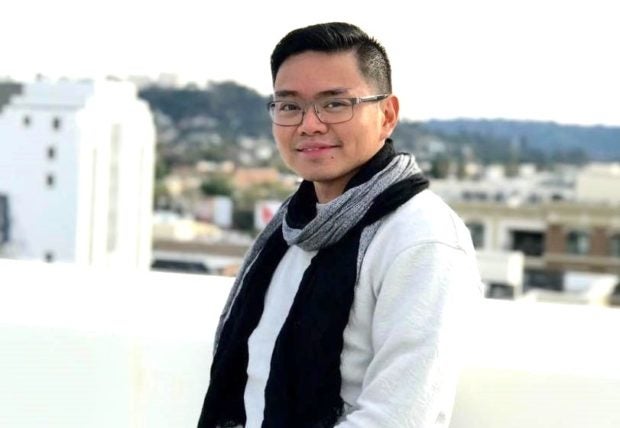 Redhouse Arts Center staged the musical. Ong was also nominated for Best Costume Design of a Play for his work on “On Golden Pond,” also for Redhouse.

Organized by news outlet Syracuse New Times, the awards honor performances and behind-the-scenes work by professional, regional and community theater companies in the Syracuse area. The ceremony was held at the Redhouse Arts Center.

A native of Manila, Ong had already established a costume design career there before he moved to the U.S. to pursue a master’s in costume design at University of Connecticut on scholarship. 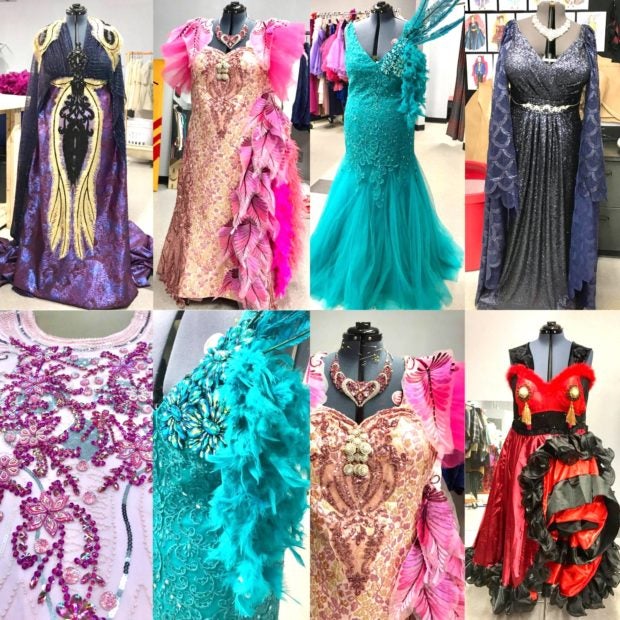 Costumes created using Ong’s designs. “It’s not La Cage if there are no sparkles and feathers,” says Ong. CONTRIBUTED

Although he now splits his time between New York and Connecticut, he occasionally still designs for Manila-based theater companies. Recent credits in Manila include Atlantis Theatrical Entertainment Group’s staging of “Waitress.”

“I have always loved teaching,” he says. “It’s very fulfilling. It’s a wonderful feeling to share my knowledge with students who are very interested in costume designing and theater life.”

Ong says that research is always an important part of his process.

“My director Cassie Abate expressed that she wanted the costume design to help with the build-up of both the music and choreography. I went over the music again and again to see how my ideas could meet her vision,” he says. 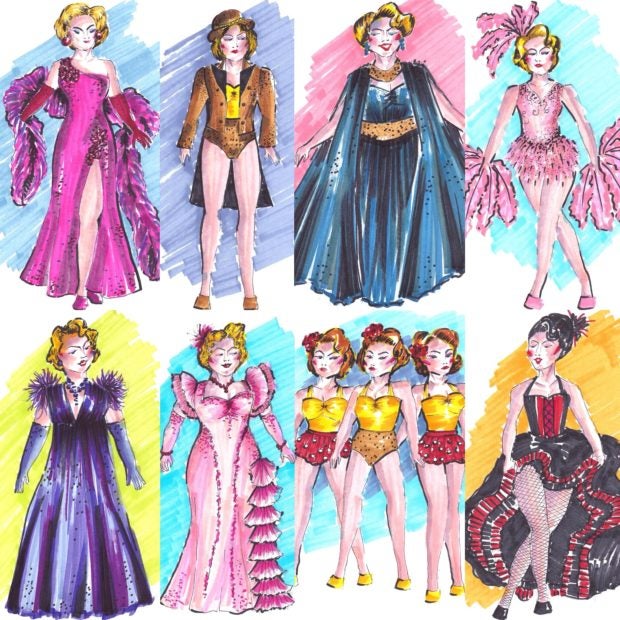 The musical is a farce about a gay couple—nightclub owner Georges and the club’s star drag performer Albin—whose son brings home his fiancee’s ultra-conservative parents to meet them.

“I did lots of research on drag and a variety of looks and costume pieces that would go with the overall presentation of the world we were trying to create.

The musical, with its many costume requirements, can be a challenging show for any costume designer.

For this particular production, it was decided that the dancers—called the Cagelles—would have three costume changes in the opening number alone.

“The costume list goes on and on for the rest of the show for the Cagelles,” he adds, laughing.

The list of materials goes on and on as well.

“It’s not ‘La Cage’ if there are no sparkles and feathers,” he says. And since regular clothes do not usually come with these elements, he knew from the get go that most of the costumes had to be created from scratch.

“I had to go shopping for fabrics and materials all the way in New York City. My team built five main gowns for the Albin character, which were all fun to make and challenging at the same time.

“The most fun part is doing all the embellishments once the gowns were ready, attaching feathers, rhinestone appliques, hot fixing crystals and pairing up accessories with the outfits.”

Ong also pointed out that collaboration is a key part of what makes costume design work for a production.

“Another design element in this musical are wigs and make up. I was very fortunate to work with Donnie Williams, an amazing hairstylist who styled the hair and wigs not only for the Cagelles but for the rest of the characters who appeared in the finale in full drag.” Ong also mentioned his work with Steve Hayes, the actor who played Albin.

“His passion in life is classic Hollywood movies. It was a wonderful to work with him using classic movie stars as references for his multiple characters in the ‘La Cage Aux Folles’ number near the end of Act 1.

“It made it more real and heartfelt. Working with an amazing actor like him was a dream.”

Ong’s upcoming productions include Fil-Am playwright Linda Faigao-Hall’s “Dying in Boulder” in New York (February 28), where a Filipino- American family deals with its Buddhist Caucasian matriarch’s micromanagement of her own impending funeral rites.

He is also designing for “Troilus and Cressida” for CCSU and the Manila staging of “Beautiful: The Carole King Musical” for Atlantis Theatrical Entertainment Group.