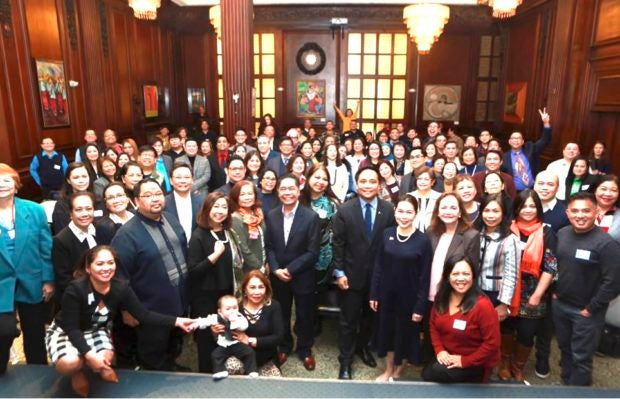 Consul General Claro S. Cristobal (front center) with the leaders and members of the 85 Fil-Am organizations represented at the 2019 General Assembly. MICHAEL AZUCENA

NEW YORK – Leaders of the Filipino-American Filipino-American organizations in the U.S. northeast attended the 5th General Assembly hosted by the consulate at the Philippine Center New York’s Kalayaan Hall on Feb. 9.

Fil-Am leaders from Massachusetts, Rhode Island, Connecticut, Pennsylvania, New Jersey and New York came to the annual event, which gave updates on the consulate’s calendar of activities, programs and services for 2019. 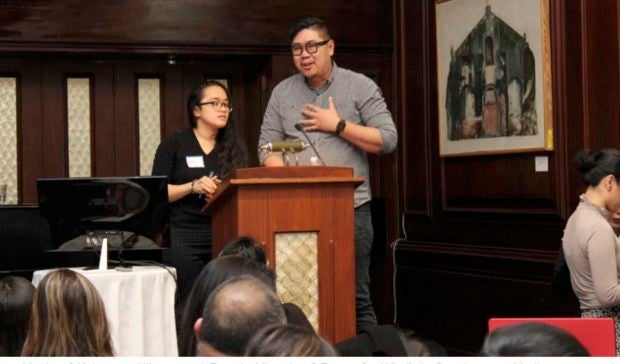 Bea Martin of Kabataan Alliance and Francis Miranda of Forum for Wholistic Development Media report on the group’s collaborations. CONTRIBUTED

Cristobal asked the community to support the consulate’s annual flagship projects such as outreach services, Know Your Rights seminars, Filipino Restaurant Week, VIP Tour, PaaralansaKonsulado and Sinehansa Summer, among others. He also reminded overseas Filipinos to exercise their right to vote this coming Philippine elections, stressing that Overseas Voting will run from April 13 to May 13. 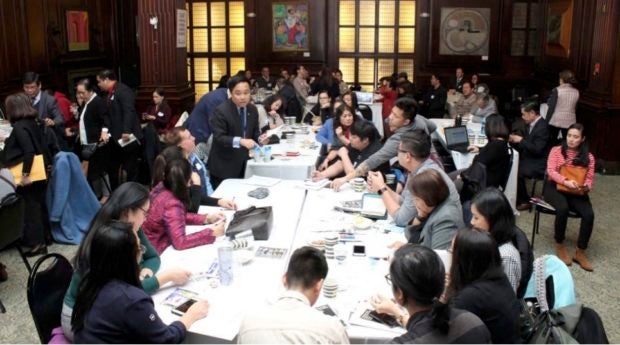 Fil-Am community leaders during the 5th General Assembly hosted by the Philippine Consulate General in New York on 9 February 2019 at the Philippine Center’s Kalayaan Hall. CONTRIBUTED

Jersey City Council President Rolando Lavarro expressed his readiness to assist members of the Filipino community in Jersey City, where Filipinos are one of the biggest immigrant groups.

Breakout sessions were held in the afternoon, which tackled topics such as inspiring engagement among young Filipino-Americans, broadening involvement in local community building and socio-political processes, and strengthening linkages and collaboration with the consulate.