Top Things to do in Cebu City

Not sure where to have both beach and city in the Philippines?  You may have heard of the gritty capital, Manila, where there isn’t any tropical attraction to speak of.  Then there’s Cebu City with another vibe in itself altogether, where beach, city and even architecture meet.  From partying at the Sinulog festival and other nightlife spots in the city, to eating their famous lechon, there are many colorful things to do in Cebu City that you would not be able to get elsewhere in the Philippines. 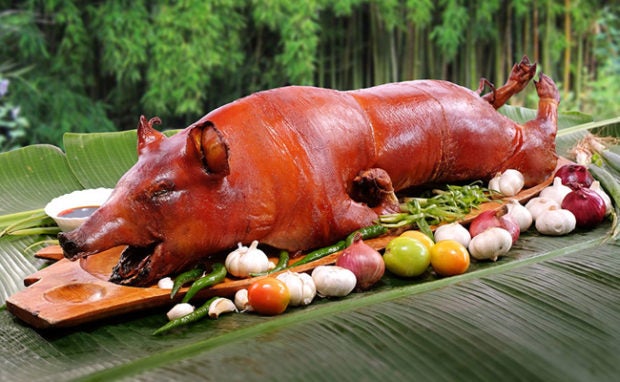 Even Anthony Bourdain himself could attest to lechon eating being the best things to do in Cebu City. He called lechon “the best pig ever” after visiting Cebu for his No Reservations episode. In the show, he called himself an expert in pig and complimented the texture and color of the pig’s skin before taking a bite and uttering more praises for Cebu’s lechon. 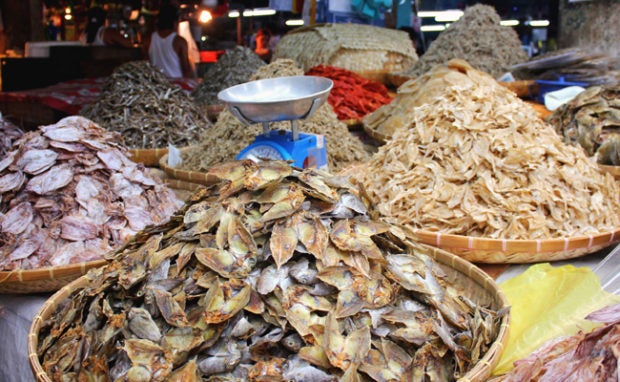 From the Tuslob Buwa, Pochero, Siomai sa Tisa, Lansiao, Ngohiong, Humba and Danggit, Cebu is home to food that Manila people are not even aware of.  Cebu delicacies offer food that is flavorful and exotic to the taste. Tasting them is one of the top things to do in Cebu City.

Go on a Sky Experience Adventure 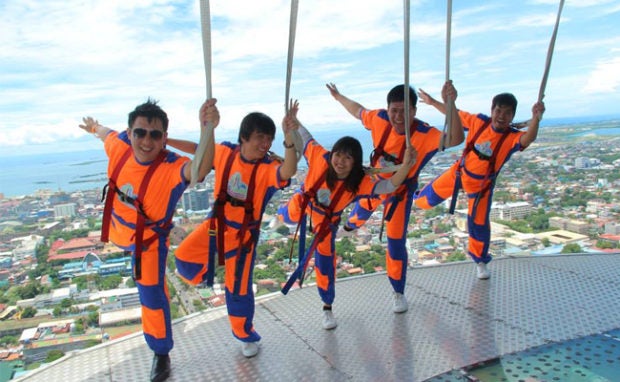 Cebu city’s adventures are not for the faint-hearted.  With the theme park on top of Crown Regency Hotel and Towers, you could plunge into heart-stopping activities with the view of the city below you.  Walk around the edge of the building in the Skywalk Extreme or ride on their Edge Coaster. 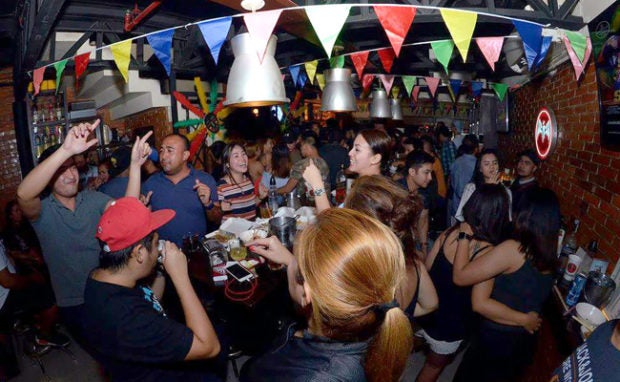 If you are looking to get plenty drunk, Cebu is the right place for you.  Filipinos drink to get drunk and the nightlife is more vibrant in Cebu City than it is anywhere.  It has the reputation for cranking up electro dance music in parties but also serves the hip hop and R&B scene to the table.  Parties in Cebu City start and end late. The nightlife in the city is more exotic than the more urban and gritty Manila.

Taking Pictures of the Pyramid 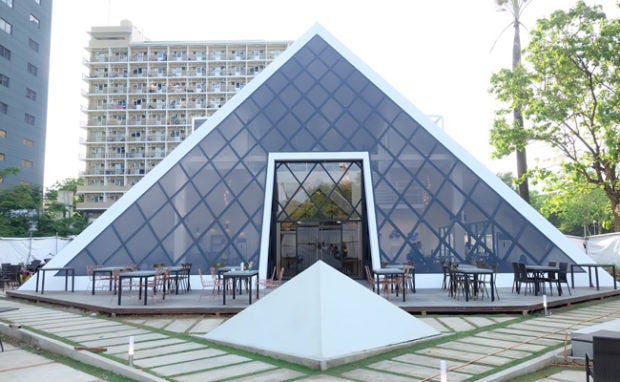 If mountains and hills are not your style, the Pyramid in IT Park in the city will fascinate you nonetheless with its postmodern architecture.  Make sure to go in the evening where the restaurant is fully illuminated — and have dinner glamorously. The Pyramid is the Philippines’ Louvre.

Swim along whale sharks in Oslob 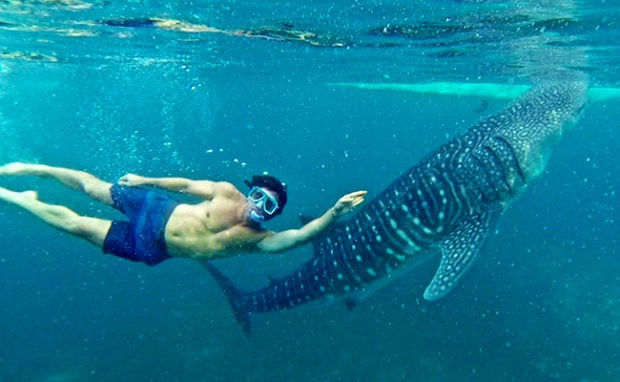 The largest fish in the world, whale shark, could only be found in temperate seas like those off the coast of Cebu.  Fishermen use brine shrimp as bait for the giant creatures to surface above the waters, where they gently splash about.  Seeing the biggest fish in the world is one of the things to do in Cebu which you could not have anywhere else. Oslob is arguably one of the tourist spots in Cebu south synonymous to the island. 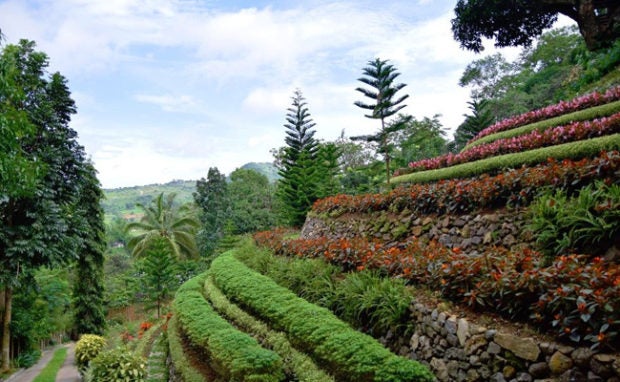 Terrazas de Flores in Busay, Cebu blossoms with flower arrangements of up to 127 different floral species.  Cebu is always in full bloom when it comes to beautiful things to see and do. Take breathtaking photos with flowers as your backdrop in one of the tourist spots in Cebu south. 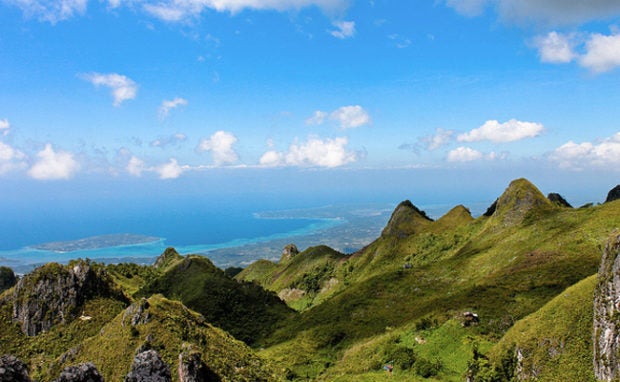 When in Cebu City, make sure to head south for Osmena Peak in Dalaguete.  The hills of the Mantalongon Mountain Range are the highest peak in the whole island, with its multiple jagged hills setting it apart from other mountain ranges.  The peaks are said to be thinner and sharper than those of the famous Chocolate Hills in Bohol.

Looking at the City Through the Tops Lookout 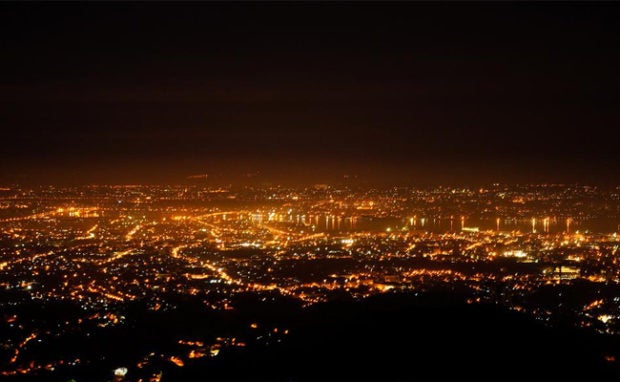 Catch the city sunset through the Tops Lookout located 600 meters above Cebu city.  Watch the sunset melt into the Cebu skyline. Spot the Mactan Bridge and neighboring islands in cafes and picnic areas.  Relax in the chilly evening and gaze at the stars in one of the best tourist spots in Cebu south. Appreciating the subtlety of the island’s city life is one of the things to do in Cebu city. 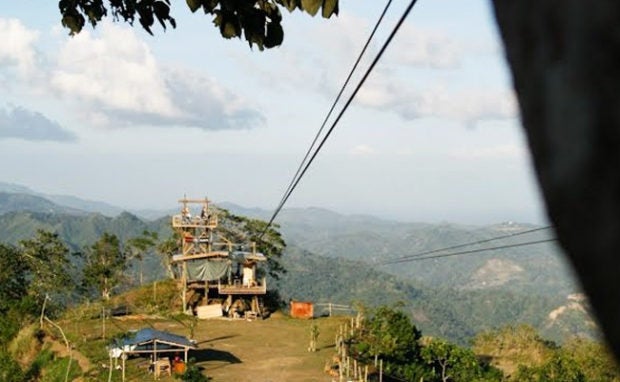 There are many options for a ziplining adventure.  The most accessible is Doce Pares Mountain Training Park, which costs only P25 or $0.48 for a 180-meter course.  Meanwhile, the longest one is the K33 A Green Adventure spanning 300 meters and taking you through sprawling green hills in 28 to 33 seconds.  Another famous pick is the Adventure Café, the Philippines’ first resto adventure cafe. It not only offers a zip line but bouldering, caving trips, guided falls tours, rope courses, spelunking and trekking.  Danasan Adventure Park also has ziplining services on top of fun activities such as biking, hiking, rappelling, river trekking, wall climbing, wakeboarding and waterfall exploration.</span: 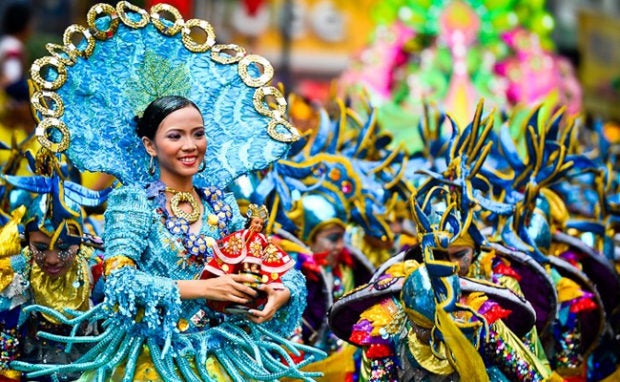 People from all around the country flock to Cebu for the Sinulog festival, with streets thick with crowds and hotels booked.  The streets dance for Santo Niño (or the child Jesus), who used to be Cebu’s patron saint. The Philippines welcomed Christianity centuries ago when the Spaniards landed in Cebu island and the parade splashes color to Cebu with costumes, musical instruments and street dancing.  The Sinulog Festival is now more than a traditional dance ritual; it now turns the city into one of the hot tourist spots in Cebu south every January. 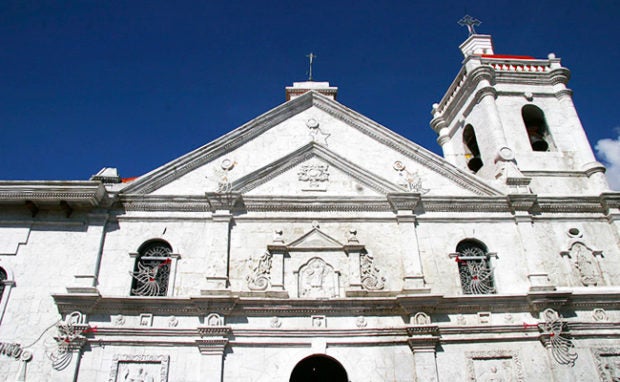 Cebu City is home to picturesque churches because of its history with Christianity.  There’s the revered statuette of the Santo Niño at the Basilica Minore del Santo Niño, with Portuguese explorer Ferdinand Magellan offering the statue of Child Jesus to Rajah Humabon and Queen Juana as a baptismal gift.  There are Spanish artifacts like cannons at the triangular-shaped Fort San Pedro, the Spanish military defense during the 17th century. There is also the Magellan’s Cross at the Basilica Minore del Santo Niño serving as a reminder of the birth of Christianity in the country.  There are so many things to do in Cebu City when it comes to witnessing the country’s history of Christianity.

View the City From The Cebu Taoist Temple 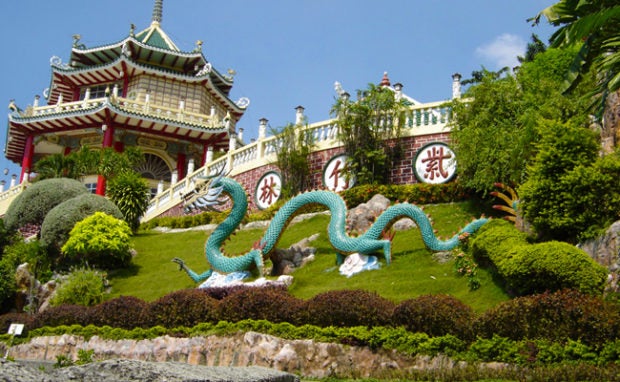 For another religious experience in the city, visit the Cebu Taoist Temple.  The temple was built to preserve the teachings of a Chinese philosopher, Lao-Tse, but quickly invited travelers to its beautiful architecture.  Visitors will get to see breathtaking views of the city from a balcony. The temple’s entrance even looks like the Great Wall of China. Some of the things to do in Cebu City is to visit the chapel, library, souvenir shop and the wishing well at the Cebu Taoist Temple.

Indeed, Cebu is a melting pot for food, arts, culture, religion and the island life in the Philippines — where city and paradise meet.