Filipinos in Alberta, Canada bundle up as cold snap hits 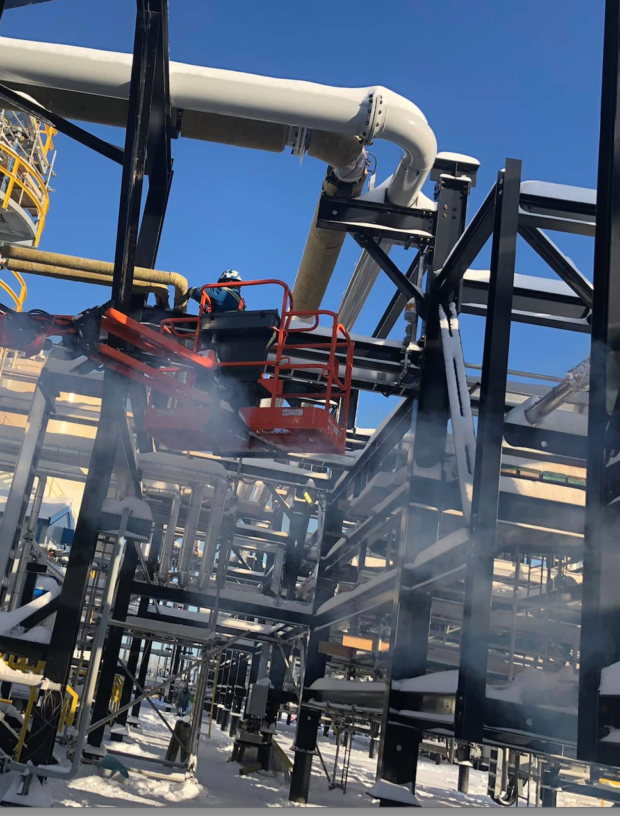 RED DEER, Alberta – Environment Canada has issued a warning to Alberta residents to prepare for the extreme cold as the lowest wind chill value could hit up to minus 50°C.

As of this writing, the warning remained in effect for 13 hours from 3:00 p.m., Mountain Standard Time, on February 4.

On Jan. 30, the Philippine Consulate General in Calgary also issued a similar warning to Filipinos and Filipino-Canadians in the province and neighboring Saskatchewan about the risks of the frigid temperature.

The consulate advised Filipinos to closely monitor the weather and heed alerts from Environment Canada.

“Bundle up when commuting as much as possible and limit exposure time outdoors to avoid frostbite and other health concerns due to the extreme weather,” it said.

Environment Canada identified cold arctic air enveloping Alberta as the culprit in the cold snap. The arctic air is expected to remain through most of the week, it said.

The Weather Network predicted Edmonton City, the Alberta capital, to hit the minus 40°Cbeginning 10:00 pm on Monday night and peak to minus 46°Cwith wind chill for an hour from 7:00 to 8:00 am, Tuesday morning. In the period, In Red Deer City, residents will wake up to a dip between minus 48°Cto 49°C with wind chill.

Alberta’s second largest city, Calgary, will see the mercury dip to minus 30°C on Tuesday morning; it will feel like minus 33°C with wind chill.

The extreme cold and wind chill factor create an elevated risk to health such as frostbite and hypothermia, said Environment Canada.

Other cold related symptoms include shortness of breath, chest pain, muscle pain and weakness, number and color change in fingers and toes, it added.

“Cover up. Frostbite can develop within minutes on exposed skin, especially with wind chill,” it said.

An extreme cold warning is issued when the temperature or wind chill is expected to reach levels ranging from minus 30°C to minus 55°C for at least two hours depending on location.

The frigid temperature has not dampened work for oil and gas workers like Jeof Mendoza, 36. The temperature at his site has reached minus 42°C, which feels like minus 50°C with wind chill.

Mendoza has been working as an industrial insulator at Wapiti Gas Plant, a gas processing facility about 40 kms south of Grande Prairie in Alberta. On Sunday, the plant crew were sent home with four hours pay because of the extreme cold and wind chill, he said.

The workers have to race against the cold to insulate the pipelines before they freeze over, he said. “We can’t delay the work because the gas products have started getting produced,” he said.

The gas plant has safety procedures in place to mitigate the exposure of the workers to the extreme cold such as frequent warm up breaks during the 10-hour shift. Workers are not forced to work if they can’t cope with the extreme cold, he said.

Mendoza, who has been a resident of Canada for 11 years, was also working at another gas plant last year when he experienced the coldest temperature at minus 55°C.

To escape the winter chills, Novie Mae Sambat, 37, and her family planned a trip back to her home town in Tabuk, Kalinga.

On Sunday, as the temperature descended into the minus 30°C, the family waited for their flight at the Edmonton International Airport. Their flight was declared canceled later in the evening because of the extreme cold.

Sambat’s family waited for more than 13 hours before their departure to Vancouver with the rest of their flight bookings rearranged.

The Alpine mountain resort of Banff, Alberta did not escape the cold snap.

An estimated one-third of Banff’s population are Filipinos.

Dizon advised kababayans to bundle up and invest in quality winter wear. “It doesn’t need to be branded garments but those made up of thick wool or down feather would do,” he said.

“A good cup of hot chocolate will rid of cold. Surround yourself with friends and family – they bring both physical and emotional warmth,” he added.

Meanwhile, a local Filipino community organization in Fort Saskatchewan, Alberta has been active in arming Filipinos in their community with essentials to combat winter chills.

Kabisig Society of Fort Saskatchewan connects with a non-profit second-hand store to provide winter coats to Filipinos in need, especially newcomers.  The group also had led a campaign for a transit system benefitting the local Filipino community here in the winter months.

“A few years ago, we lobbied for a local transit system because a lot of Filipino newcomers or foreign workers do not have vehicles. After three years, not only we have one in place but has also now expanded to have more stops and longer hours,” said chair and Filipina-Canadian Clarizze Truscott.

“We are trying to push to extend that past midnight because a lot of Filipinos work late or closing shifts, so all they do is take a taxi home or ask for rides from friends,” she added.