GLENDALE, California — A Filipina American doctor has been named the chief of staff at Dignity Health-Glendale Memorial Hospital in Glendale, California, becoming the first person of Filipino descent and the fourth female to hold that position in the hospital’s history.

Dr. Brigeli Westerband, who has been an emergency room physician at the hospital for the past 20 years, was elected to a two-year term at the beginning of January. 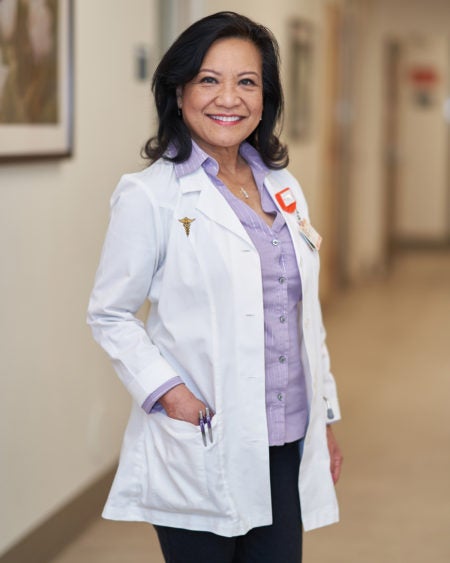 “I’m following in the footsteps of a lot of great doctors who have been part of the institution for decades,” Westerband told the Asian Journalin a recent interview. “We have some doctors who have been here for 50 years and that has to mean something. I am proud to say that I am only the fourth woman chief of staff.”

She also acknowledged joining the ranks of Dr. Virginia Keller, who not only was the first female chief of staff at the hospital in the mid-1950s, but also the first female to hold that high position in the West.

“This is a place…[where] I’ve devoted a big part of my professional career,” she said. “We are committed to providing quality and safe care to our patients. My role as chief of staff is also to bring that strength to our medical staff,” she said.

Glendale Memorial President Jill Welton said in a statement to the Asian Journalthat it was “gratifying to have a dedicated, compassionate woman, such as Dr. Westerband, leading the helm of physician alignment at Glendale Memorial.” She added that the Filipina doctor’s 20-year service at the hospital “wonderfully mirrors our commitment” to the greater Glendale community.

A Los Angeles native, Westerband moved to the Philippines when her father, who was in the military, had an opportunity to work there. She went on to receive her medical degree from Far Eastern University in Manila and returned to the United States where she had her first internship in New Jersey.

She became board certified in emergency and internal medicine and found her way back to Southern California, where she ran a private practice before coming to Glendale Memorial as a staff physician in the emergency room.

“There have been a lot of changes in 20 years in terms of leadership…but I also saw that the only way you could make real changes is if you’re active in participating,” she reflected on her time at the hospital.

She was appointed the medical director of the emergency department in 2005 and sought more ways to be involved, which included joining the medical executive leadership team. She was chosen to be secretary-treasurer for two years, then another two years as vice chief of staff before her new role.

Westerband still works in the emergency room, where she has a 12-hour schedule for about 12 shifts a month.

Of her leadership style, she said she is “more of a person who wants to improve each person individually and bring out the best in each of them.”

“The only way you can be effective in whatever profession you choose is to be true to yourself,” she explained. “Doctors have an open and compassionate heart and as long as you remember why you went into the profession, you’ll succeed.”

With many Filipinos on staff at Glendale Memorial, Westerband hopes her visible role will inspire them to participate and make their voices heard as well.

“We have a strong base of Filipinos in our community and we have a very big percentage of Filipino nurses. Filipinos, in general, are known to be caregivers, whether they’re nurses, doctors or others in the medical field,” she said. “It brings about some pride in our community and I think it gives those younger ones a role to look up to, not just being a woman, but also being an Asian woman and a minority.”