You’ve probably heard, if not played, Microsoft’s Xbox One.  It is their release after Xbox 360, coming back with greater and bolder features.  Amongst hundreds of games available on this console, which are the best games for Xbox One?

WHY XBOX ONE HAS REMAINED ON TOP

Since its release in 2013, Xbox One has always been on top as one of the best game consoles besides Nintendo’s Wii U and Sony’s PlayStation 4.

What makes this game console unique are the facts that: it offers voice recognition, it has a built in Kinect which makes it possible to control with hand gestures and it is capable of using face identification to recognize different people.

Xbox One has also increased its capability from seeing 2 people, to now 6 and can even see players in the dark.  One of its best feature is that it is playable offline but the console needs to connect to the internet at least every 24 hours.  That isn’t a bad deal, right?

Alright, convinced or not to try out the game console for yourself, here are the top Xbox One exclusive games. 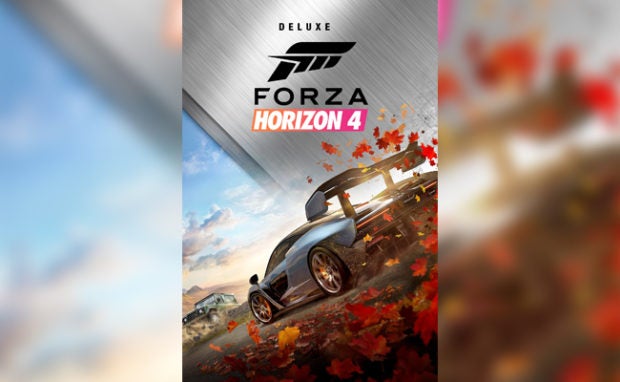 Starting with our best Xbox One games of 2018 with the latest release from Forza last year.  The Forza Horizon 4 is an open world racing video game. It still has everything you’ve loved with the past Forza games but this time, it’s placed in a tricky, race ready rendition of England.  The location is full of amazing landscapes that will surely test your driving skills.

In addition, there are exciting Showcase Events that will surely add a thrill-like experience, chasing the Flying Scotsman locomotive and watching a giant hovercraft that smashes through the country ahead.

Forza series has been noted for its introduction of changing seasons to the series.  For example, lakes will freeze over in winter and will allow players to explore regions of the game world that would be inaccessible during other seasons.  The game also features a route creator which enables players to create their own races. Developed by StudioMDHR and released in 2017, Cuphead has made its way to be one of the best Xbox One games of 2018.  Despite having the cute and beautiful art exterior, it has a mix of bullet-hell style bosses and tricky platforming that’ll challenge your ability over the game.

Cuphead is a run and gun indie video game which features one or two players who will take control of the animated characters Cuphead and Mugman, his brother.  Together, they’ll fight through multiple levels to defeat the boss in the game.

The good thing about this game is that it has infinite lives, letting you get over the level until you can without having to go back from the start.  The player can also purchase weapons and “Charms” which are special abilities from shops using coins collected from the run-and-gun levels. Released last 2016, this shooter genre game came back with a better and enhanced version from previous releases.  Gears of War 4 follows a new generation of soldiers in bulky armors namely Kait, Del and Marcus Fenix’s son JD. They fight over legions of villains with their bullets, explosives and Lancer chainsaw.  This game can be played solo or by two using the split-screen or online.

Gameplay elements from the previous Gears of War has been reintroduced, along with new elements such as the Dropshot weapon that fires explosive drills and the Buzzkill that fires ricocheting saw blades at enemies.

It also features 4 categories of weather from heavy breeze (trees, leaves and dust kicking up), and can grow into violent category 3 windstorms that can affect combat and weapon usage.  If you can’t get enough of this, watch out for Gears 5 which is bound to be released this year. This is considered as one of the best Xbox One exclusive games for 2018.  As the name implies, it is a racing game developed by Turn 10 Studios. Compared to its previous versions, this seems to be the perfect installment the developer has released.  Everything is spot on from their 4K visuals and better AI, improved handling and more substantial collisions – all which makes the car at its best shape.

The game features over 700 cars including new Forza Edition cars and more than 200 different configurations to race on across 32 locations. Some of the locations are the fictional street circuit in Dubai (from Forza Motorsport 6), the Maple Valley Raceway, Mugello Circuit and Suzuka Circuit (from Forza Motorsport 4). Two of its new features are the dynamic weather and customizable drivers.

The game, however, does not feature any Toyota or Lexus road vehicles due to licensing issues between the manufacturer and most non-Japanese video game developers.  However, there are still great race cars and pre-customized vehicles present like the 3 Camry NASCARs, Eagle MkIII, the Arctic Trucks Hilux, Toyota T100 SR5 Trophy Trucks and Subaru BRZ. Completing the list is this adventure game developed by Rare which is actually the hit from Xbox One in 2018.  Sea of Thieves involves pirates as the players sail across the big blue sea, finding treasures where the X marks the spot.  Players need to defeat a bunch of skeletons and undead sea captains. Players even need to collect chickens and other profitable items to sell with travelling merchants.  It is a multiplayer game, best played with your friends.

Sea of Thieves is a shared game world wherein you’ll meet other groups of players and be able to interact with them throughout the game.  The game has a cartoon style and an exaggerated physics engine that allows players to perform stunts like being shot out of ship cannons.

There will be four usable weapons throughout the game which are the flintlock, a blunderbuss, a sniper rifle and a cutlass.  Two weapons can be carried at once. Throughout the game, players will also be completing missions called voyages through stealing from other ships, raising a skeleton fort that keeps a large amount of gold.  The main aim of the game is for the player to become a pirate legend.

This wraps up Xbox One exclusive games from 2018.  Either you’re up for an adventure or a trip down the race track but you surely wouldn’t want to miss the chance to experience the best games from the best console.