Horror fans, rejoice! It looks like it’s going to be a great year for you guys if you want to be scared the hell out of yourself as 2019 promises to bring in the terror with upcoming horror movies from classics to new thrilling concepts.

The last year served us some solid scares like John Krasinski’s directorial debut, A Quiet Place, and the Netflix Original, Bird Box. These critically acclaimed horror flicks surely made us want more and the new year is ready to deliver!

So mark down your calendars as we list in the upcoming horror movies for 2019 and give you a little tease of what’s going to be haunting you for weeks. 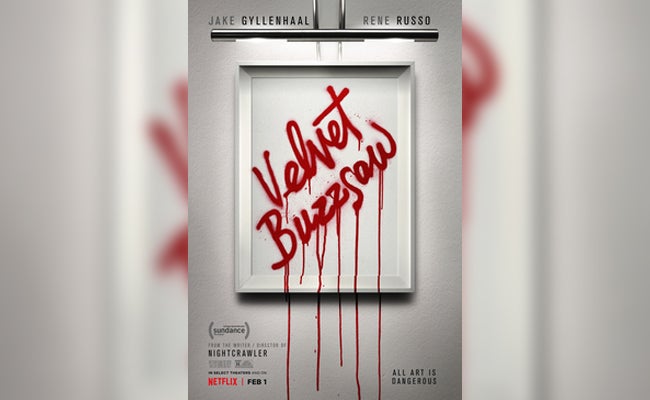 If you’ve always considered paintings to be eerie from the way their eyes seem to follow you around the room or just the unsettling thought that they’re just always there, staring—well, maybe you have a phobia called sportaldislexicartaphobia.

Explore this fear further with the surreal Netflix horror intriguingly titled as Velvet Buzzsaw directed by Nightcrawler director Dan Gilroy. This horror movie has already created a buzz when it’s trailer hit the screens, holding back nothing (as in apparent character deaths so spoiler alert!) and bewildered the Internet with its unhinged brand of horror.

This satirical thriller set in the contemporary art world scene of Los Angeles stars Jake Gyllenhaal as an art gallery owner who is continuously on the lookout for the ‘next big thing’ until he stumbles upon a stash of paintings in the apartment of a local man who just drop dead. Consumed by greed, Gyllenhaal sells them in his gallery to the highest bidder but it looks like there’s a force not to be messed with in these painting as buyers start to end up rather dead as the artwork comes to life. Here’s a treat for your horror partner if you’re planning on a date for this year’s Valentine’s day. Jessica Rothe is returning for the sequel to the murderous Groundhog Day. No idea what we’re talking about? Well, Happy Death Day’s concept is pretty direct to the point: a college student gets stuck in a time loop where she’s murdered and relives the day over and over again.

This slasher film however will be bringing in new things in its return to the big screen as Rothe told Collider earlier this year, “It explains a lot of things in the first one that didn’t get explained, and it elevates everything.” This is all thanks to director Christopher Landon who also wrote the film. 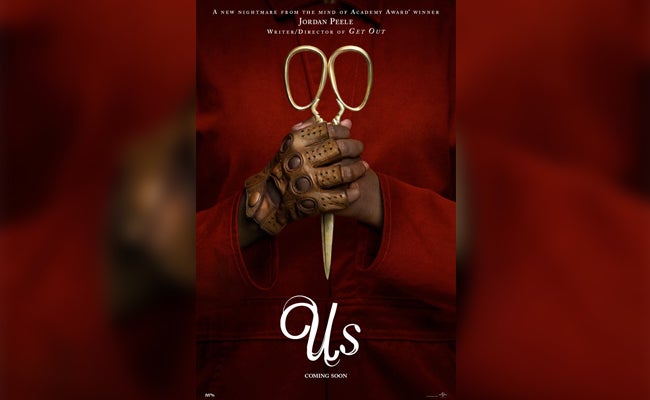 We’ve never seen Jordan Peele the same as before when we watched his directorial movie, Get Out and its racial tensions last 2017 and if you haven’t had enough of his horror storytelling, he’s bringing in a whole new social-horror thriller this March.

With an incredible cast including Lupita Nyong’o, Winston Duke and Elisabeth Moss, Peele’s follow up film released a trailer that is just chilling to the bone. It revolves around a family going to a beach house where their family getaway all turned south when unwelcome guests came in. The trailer thrilled us further when these intruders turn out to be twisted, murderous versions of the family themselves, complete with creepy head tilts and horrible smiles.

Peele called the movie a labor of love and said he has “dedicated a lot of myself to creating a new horror mythology, and a new monster.” Well, this new monster is creeping us out of our wits, taking the saying “we’re our own worst enemies” to a whole new level.

This new nightmare brought to us by his sophomore film is set for release in March of 2019, which frankly, can’t come soon enough. 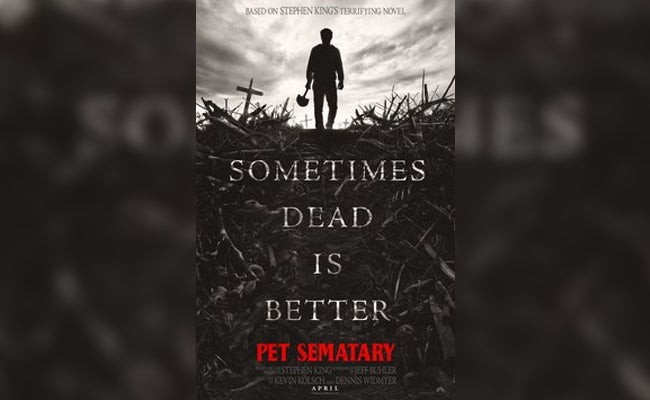 Stephen King fans are just in luck this year with not just one but two King adaptations. Pet Sematary is no stranger to the silver screen with the original film adaptation of King’s book, Mary Lambert’s 1989 film, is very fondly remembered by many. This 2019 remake has a big scary shoes to fill in.

To refresh your memory, one of the horror maestro’s seminal texts turned movie follows a family leaving the big city behind and moving to the country to start a new life. Little did they know that they were living within walking distance of a burial ground that resurrects the dead.

John Lithgow has been cast as the family neighbor Jud Crandall, while Jason Clarke and Amy Seimetz star as Louis and Rachel Creed. Directors Kevin Kölsch and Dennis Widmyer have been slowly working their way up the horror ranks over the course of the last few years, making their big-budget debut on April. 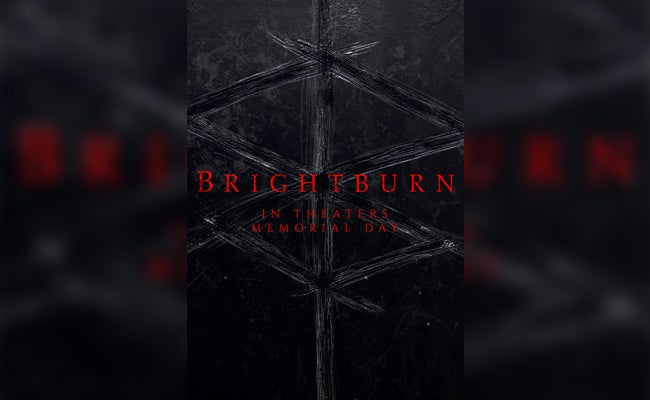 Evil Superman, anyone? If that sparked your interest, prepare for this upcoming movie this May. Dubbed as a ‘superhero horror’, Brightburn explores the dark what if’s of Superman’s story like what if Clark Kent landed on earth not to use his powers for the greater good but for a darker purpose?

Produced by Guardians of the Galaxy, James Gunn, this upside down Superman concept has Elizabeth Banks and David Denman play as the problem child’s adoptive parents who clearly can’t do anything to control the more violent pursuits of their ultra-powerful murderous son. It’s definitely a sight to see the young Clark Kent in full flight and murdering a waitress after breaking through a metal door with his laser eyes so we’re looking out for this one. 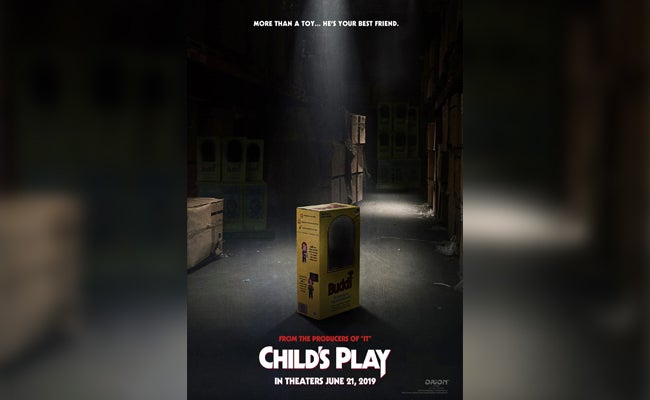 A horror classic—whoever hasn’t felt their fear of dolls grow stronger when they’ve seen the infamous Chucky hold out a knife at the screen? This reboot of the Child’s Play franchise is piquing a lot of the fans’ interests after being left with questionable sequels as it is rumored to feature a different take on Chucky’s origins story while maintaining its lead characters.

Instead of a serial killer putting himself into a Good Guy doll to save himself from death, this ‘Buddi’ doll is deceptively reprogrammed by a factory worker to have no limitations. With a new plot comes a new director in control. Norwegian director Lars Klevberg is directing this horror reboot with no involvement whatsoever from the original Child’s Play writer Don Mancini. 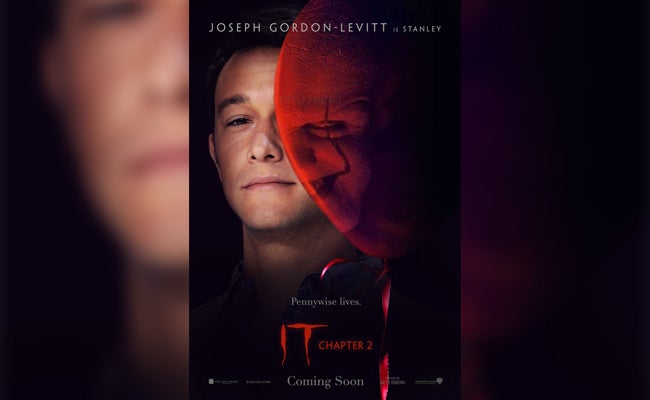 Probably since the return of It back in September of 2017, everyone, from critics and fans alike, has been dying to see what Chapter 2 has in store. Unlike in Stephen King’s book, the first film solely devoted its runtime to the past stories of The Losers Club as children with an ominous ending as the kids seemingly defeated the many-faced monster back into the abyss.

The second film however is established to cover the present-set lot of the story, aging up all of The Losers Club members to full-blown losers—um, adults. Muschietti returns to direct once again, this time with an entirely new all-star cast including Jessica Chastain, Bill Hader and James McAvoy with the exemption of Bill Skarsgård who is returning to bring in another instantly-iconic presentation of Pennywise.

You can catch the spooks for this upcoming horror movie on September and frankly, we’re just too excited for this much awaited movie.