HONOLULU — University of Hawaii officials have proposed reducing tuition for the next school and freezing it through the 2022-23 school year.

The proposal would reverse previously approved tuition increases amid concerns about the university’s affordability for Hawaii residents.

“This unprecedented request would provide most UH students and their families with a flat tuition rate for five consecutive years, including 2018-19,” university President David Lassner said. “If approved, it will be a strong demonstration of our university’s commitment to affordability.” 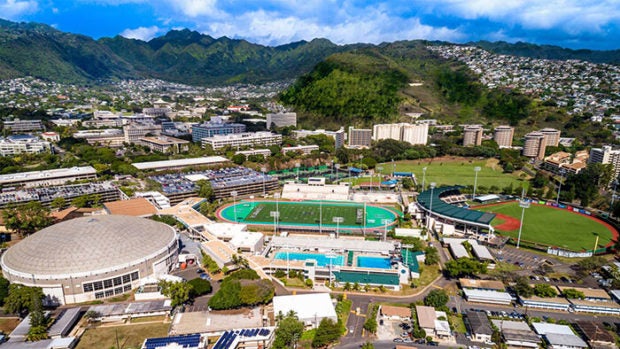 University of Hawaii at Manoa.

Past tuition increases have hit students hard, and with books and other fees, university costs have been compounded, said Emilygrace Ka’aiakamanu, a graduate student at the Manoa campus.

“All the expenses really add up, and it’s hard to graduate in four years. That’s really tough on local kids,” Ka’aiakamanu told the Honolulu Star-Advertiser . “Even if you work full time, it’s hard for an undergraduate to pay for rent and survive the cost of living on top of paying tuition.”

The previous tuition increases correlate to enrollment decline, Lassner said. The cost of the tuition proposal would likely be offset by increases to enrollment, he said.

“Bringing in a robust and diverse student body improves the educational experience for residents, especially those who might not have lived anywhere else,” Lassner said.

The board of regents will consider the tuition changes at its meeting Thursday.