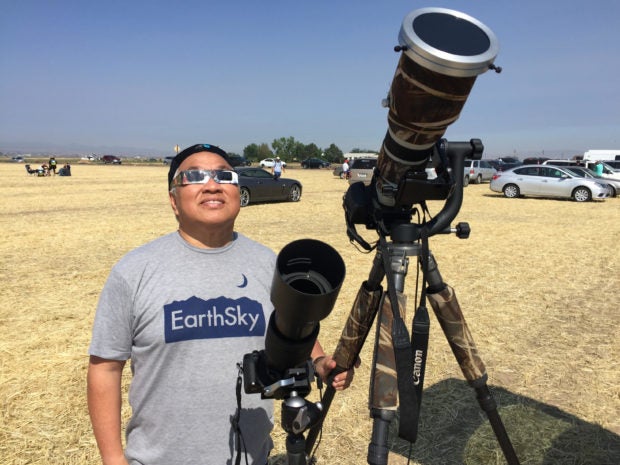 Bes Yap drove solo from the Bay Area August 2017 to witness the “great American solar eclipse” in Madras, Oregon. His lenses use solar filters to avoid damage to the equipment and also uses glasses to prevent eye damage from looking straight at the sun. VOLTAIRE YAP

Agog over the super blood wolf moon last week, Voltaire Yap transformed his South San Francisco backyard into a natural studio to behold the celestial show that would not transpire until the third decade of this century.

With two tripods at the ready, the moon stalker stared out into the infinite canvas, snapping up varying images of the distant orb as it encircled the Earth in the glow of the sun.

Never mind that the Bay Area was being visited by the season’s first howler that night, exposing Yap to raging elements all four hours of his moon watch. Because upon entering the umbra or the central shadow of the earth, the satellite began to blush, rewarding its ardent admirer with keeper shots.

The lunar dance that produced the “blood (for its reddish hue) wolf (native American lore about canine response to the first full moon of the year)” moon is a rarity; the attention this lensman gave to the heavenly matter is not. 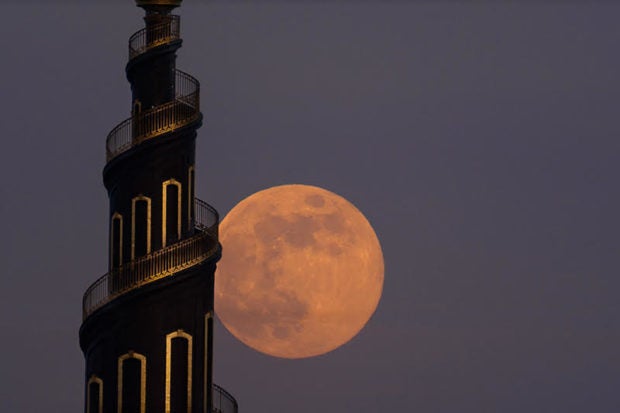 “Bes,” as the photographer is known outside his day job as a marketing director at Oracle, has had an ongoing love affair with nature and a passion to memorialize what he sees.

For the first time since taking up his boyhood hobby, Yap is sharing his pictures publicly at an exhibit.  “Look Ma!” presents his collection of 22 moon shots, chosen from thousands of photographs he took between 2006 through 2018.  He will personally open the exhibit February 12 at the Crucible gallery in SM Megamall in Manila.

Each framed image was shot digitally, virginally — minus Photoshop. 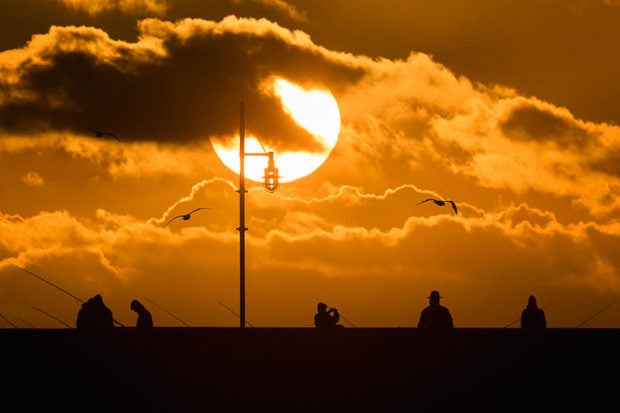 Pacifica: “One of my go-to places to catch breathtaking sunsets.” VOLTAIRE YAP

Technology undoubtedly has democratized photography with smart phones allowing anyone to take pictures, but the results separate the artist from the hobbyist.

“Digital photography still requires visualization, but it is very forgiving since you see the results instantaneously,” Yap concedes as he recalls the earlier days. “You had to plan your shot better and meter correctly because there isn’t so much latitude in film or slides. There were also the limitations you had to deal with like film speed, film type, and number of frames in a roll. Going to the camera store to see your prints was akin to your own personal Oscar–win or better try next time. You only saw the result of your efforts when the photos were printed. The creative process was a lot slower compared to today.”

Yap learned his craft on his own, devouring information in books and the web.

Where he decided to have his premiere speaks to his attachment to his birthplace,  and especially to his parents, who nurtured his creative pursuit.

“I was born and raised in Manila, so it is close to my heart; it is but fitting that I have my first photo exhibit there,” says Yap, who attended University of Santo Tomas high school and De la Salle University for college.

The eldest of Johnnie and Fannie (Villacorte) Yap’s three children reveled in his parents’ positive reinforcement. 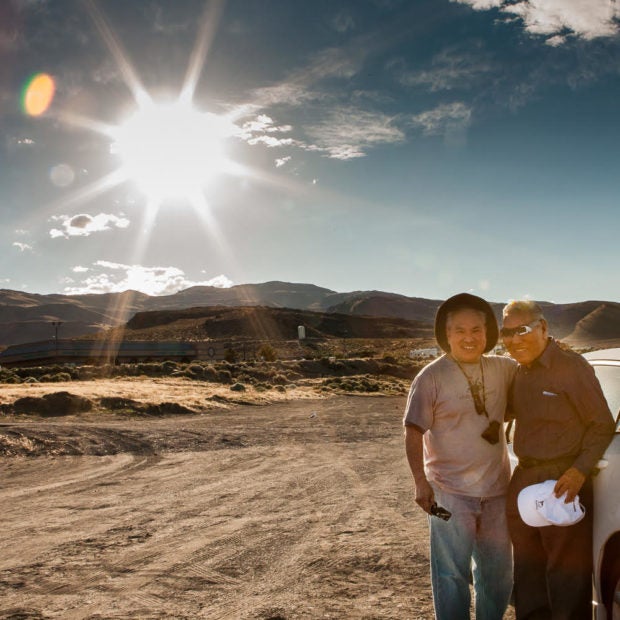 The photographer with his father, Johnnie Yap, May 2012 at Pyramid Lake, Nevada, to witness the annular eclipse, where the edge of the sun remains visible as a bright ring around the moon. VOLTAIRE YAP

In college, he signed up with the De La Salle Camera Club, pouring “countless hours in the school darkroom” only to be outshone by fellow shutterbugs who consistently won photography contests.

His dedication to the art outweighed his desire for awards, and his parents noticed.  They built him a darkroom behind their house to spare him from coming home from school late at night. Even then he still had to endure mosquito bites, for ditching insect repellant that emitted smoke he knew would surely ruin his handiwork.

This planet’s roving sentinel is the star of “Look Ma!”  But while it is the object of songs, the moon is often taken for granted because of its perennial presence and predictable phases.  Besides, it has been robbed of is mystique since humans began staking a claim on it – when Neil Armstrong and Buzz Aldrin touched down on it in 1969 via Apollo 11. To Yap, however, the sphere and its backdrop tell many stories. Silverlight: “At the last minute, Bettina convinced me to join her at their company event in Mauritius. The 30-hour journey rewarded me with an unforgettable experience: my first encounter with the Milky Way including the Southern Cross. I hardly slept and was completely mesmerized by the skies above. Silverlight was shot around 1:30 a.m. just as the moon was setting behind the clouds.”VOLTAIRE YAP

“I am always in awe of the skies above and part of it is the thrill of the hunt. You just don’t plop yourself in one spot and hope your vision all aligns — there’s careful planning, weather-related circumstances, and sheer luck,” he explains. “I am quite obsessed with these ‘heavenly’ occurrences that I drive hundreds of miles and sleep in my car just to witness and capture once-in-a-lifetime events like the annular eclipse and the more recent great American solar eclipse.”

His goal: “Always to make the ordinary extraordinary.”

To his advantage, his work sends him around the world overseeing his software giant employer’s developer conferences, granting him opportunities to shoot his favorite subjects against familiar landmarks, facing off the divine with the temporal.

“I shoot everything from macro to the Milky Way. I take annual trips to the Academy of Science and Golden Gate Park to take photos of butterflies and the flora and fauna around the park,” he names his home hunting grounds.

He is kind enough to photograph activities for causes he and wife Bettina support and won’t miss a chance to document milestone games of his beloved SF Giants. Something as orchestrated as a wedding transforms into visual poetry as seen through his lenses. To soothe his ache to seize a vision, he grabs every opportunity.

“I think photography enables you to freeze time — capture moments that otherwise would just be lost,” he told INQUIRER.net while working from home. “The smiles just don’t happen in pictures as you take them but when you revisit the same images after several years or even decades. Just as words let you escape and imagine, photographs let you relive that slice in time and, as the saying goes, are worth a thousand words.” 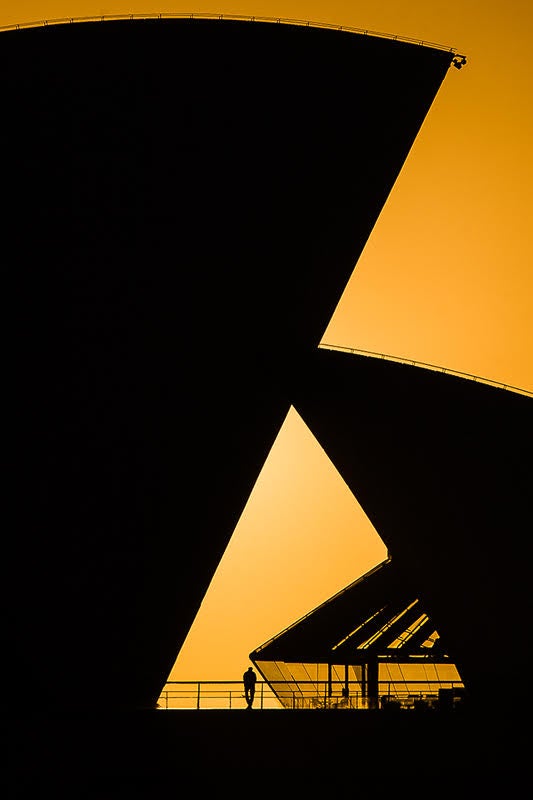 Sydney on My Mind: “To fight jet lag during business trips, I get up early and sleep late. This was captured as the sun was about to rise giving the sky a golden glow.  The man watching the sunrise was serendipitous.” VOLTAIRE YAP

The diversion gives him catharsis.

“It is my stress release where I can express myself creatively and practice my art. There are no rules–just me, my camera and how I interpret the scene before me. It’s as simple as communing with nature in the early morning hours listening to the birds start their day, the city come to life, or embracing the stillness of the night,” he says.

Those moments he is “overwhelmed with emotion that tears of gratitude flow for the blessing to let me witness such beauty unfold” are when he could just call out to his mother, who passed away in 2002. From her, he acknowledges having inherited his sensitive side, his open heart. For even as she battled breast cancer, he recalls, Fannie Yap’s face lit up with joy when a double rainbow emerged on the horizon on a family drive to Lake Tahoe.

That appreciation for life, this world and its abundant beauty pulses in her son, the photographer.

“Look Ma!” will run until March 3 at The Crucible Gallery in Megamall, 4/L Building A, Mandaluyong, Metro Manila, Philippines.