CHICAGO—The frozen body of man found early Sunday morning of Jan. 20 between two houses in the Village of Morton Grove, a near north suburb of this city, was that of a 30-year old-Filipino American identified as Anthony del Barrio.

Village police commander Paul Yaras said that del Barrio sustained a single shot wound and his death is being investigated as homicide. 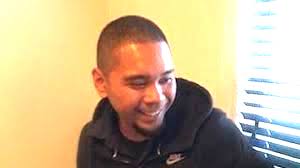 Police also said the victim’s pick-up was found parked few blocks from where his body was found, and based on their initial investigation, the police believed that del Barrio was not shot on the spot where he was found by a resident who was out to shovel snow. No police record was found associated with the victim.

In an interview with the Pioneer Press, del Barrio’s sister, Marilyn Vargas described him as a “very, very, hard worker and very caring man.” She said that her brother who grew up in the north side of Chicago, spent most of his time with his parents especially with his mother, whom he brought along with him to try different cuisines in various ethnic restaurants. “He was a passionate foodie,” Vargas added.

It was further learned that del Barrio started TKO Junk Removal a year ago and a check online showed his company being given high ratings for performance, promptness and professionalism by people who used his 24-hour, six-day a week service company.

Morton Grove police along with del Barrio’s siblings are appealing to report any information regarding the homicide by calling the village police department, (847) 470-5200. (MAS/Pinoy)