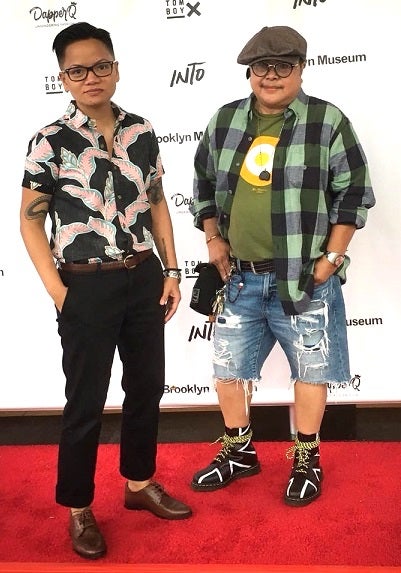 NEW YORK — Two activists shared their personal journeys as queer Pinays and their thoughts on gender violence and the culture of silence within the Filipino American family.

Riya Ortiz, lead organizer and case manager of Damayan Migrant Workers, and artist-activist Mary Ann Ubaldo — who is known on social media as Panday Banale — were interviewed on Makilala TV for the episode “Queer Pinays: Pride and Prejudice” slated to air on Manhattan Neighborhood Network on January 24.

Panday said she identifies as “queer, gay, dyke and lesbian.” Riya said she would like to be known as a “queer immigrant Filipina butch.” They said gender identity is a spectrum where a person has the freedom to assign any role to himself/herself.

Both women had their coming-out moments, first in the Philippines and then the U.S. 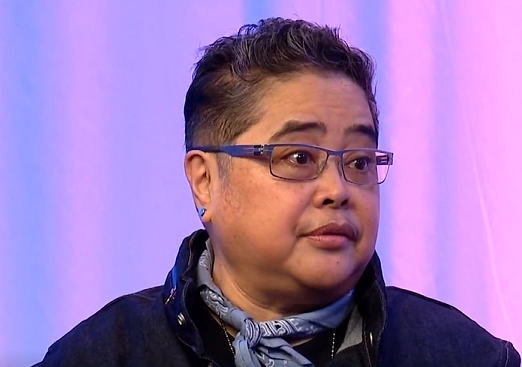 Mary Ann Ubaldo: “You are happy you came out, but your family was not.” MAKILALA TV

Panday came out in the Philippines around the age of 27 when she wanted to live with her girlfriend at the time.

“My parents said no,” she recalled.

When she immigrated to the U.S. some years later, and came out, it was like a dam broke. She gravitated toward other lesbian Fil-Ams, and they founded Kilawin Kolektibo, the first Filipina lesbian organization in the U.S. For her groundbreaking militancy, she was featured in Filipinasmagazine and became the poster child of the Filipina lesbian. Although she felt free and happy, her family did not feel the same way.

“When my sister faxed the article to my mother, she didn’t talk to me for a while. My elder sister also didn’t want to talk to me,” said Panday. “You are happy but they’re not.”

For a long time, the family gave her the silent treatment and no one spoke about Panday’s declaration of gender independence. 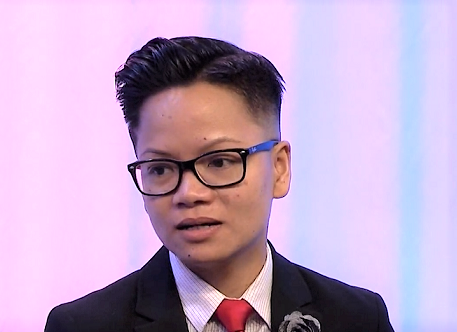 Riya Ortiz: Gender identity is “a spectrum, it’s not a box.” MAKILALA TV

Riya, who knew at a young age that she was “different,” also came out twice. “I was crushing on my kindergarten teacher when I was five. I remember this photo of me holding her hand like I was feeling something,” she shared with an almost embarrassed smile.

When it was time for her to come to the U.S. as an adult, she decided to present herself looking like a girl so as not to disappoint her mother who had been in the country as an immigrant.

“I was actually very afraid meeting my mother. We’d been separated; I didn’t want her to feel like she failed because I became queer. So, I started becoming more feminine. I bought these baby tees, my hair was longer, I started acting more feminine,” she recalled with amusement her awkward attempt to appear female. In the end, she had a feeling her mom knew.

Riya shared a narrative of how a gang of four young men surrounded her in an E train because she was a “woman, brown and gay.” All because she spoke up in defense of an elderly woman the boys were bullying.

“I said stop bothering her. They surrounded me. I really felt threatened…That’s the reality of queer people,” she said.

Mundane acts, such as the use of public restrooms, can be, at times, problematic.

Panday remembered how some women would suspect she strayed into the wrong toilet and tell her the Men’s Room is next door. “They would say ‘over there,’ and I’d say ‘no.’ It’s funny. I don’t take it seriously.”

Riya’s rule of thumb is to enter the public toilet after everyone has left or when no one is using it. “Under Donald Trump, I’ve experienced extra anxiety,” she said, especially with the current administration enabling attitudes promoting white supremacy, homophobia, and heterosexism. 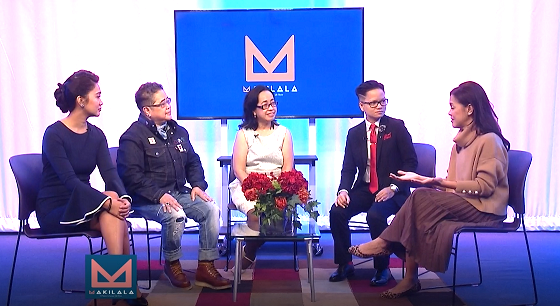 The Makilala TV episode on “Queer Pinays: Pride and Prejudice” was produced through Manhattan Neighborhood Network and will be aired also on Queens Public Television and BronxNet in New York and TV5 in the Philippines. MAKILALA TV

Makilala co-host Pastor acknowledged how she was “gripped with fear” when her daughter told her she was gay. She and her husband worried their daughter would be ridiculed, discriminated based on gender, and that she would be the target of bias. “As a mother you don’t want any of that on your children,” she said.

In a surprise, unprompted moment, co-host Jen Furer revealed how her son came out as transgender just two weeks before the talk show went live to drive.

“My child just came out two weeks ago, and there were no signs,” she began an emotional narration. “He told us he’s transgender. As a mother you love them unconditionally. But then you have all these emotions. I went through the process of denial, anger, bargaining, depression. I don’t know how long it takes.”

Riya addressed Jen’s anxiety by offering her congratulations for having a trans child. It’s OK, she said, for the parents to grieve because “as your child is in transition, you are also in transition.”

When questioned by co-host Rachelle Ocampo what advice to give to parents of gay children, Panday urged them to be more understanding and make time and space until their children are ready to proclaim and assert their new identity.

“It’s a process that doesn’t happen overnight,” she said. “Read up on the issue, make friends with other queer people.”

Support from the family is very important, stressed Riya. “What I would like to hear from my mother, whether verbal or in writing, is that ‘I don’t completely understand what’s going on, but I support you.’”