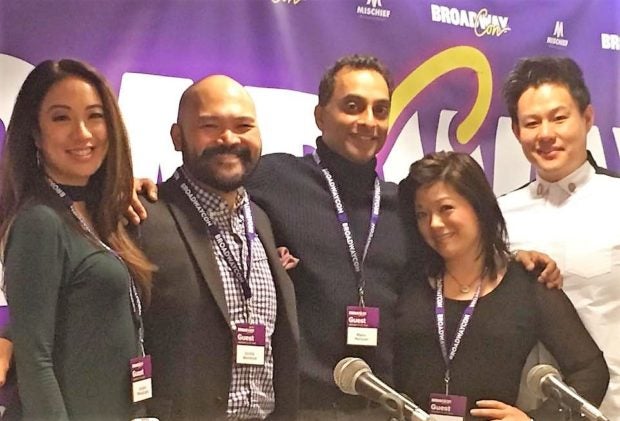 NEW YORK —  Fil-Am and other Asian American actors have gained mileage in the Broadway industry but are still facing much headwind, according to a panel at this year’s BroadwayCon, which included Fil-Am actors Jaygee Macapugay and Orville Mendoza.

The panel opened with some facts: out of the 30 shows currently in the 41 theaters on Broadway, only nine have Asian American actors in lead or feature roles.

The group also noted that so far on Broadway, there has only been one male Asian American playwright who has been produced (David Henry Hwang) and only one female (Young Jean Lee).

Held in Manhattan, Broadwaycon is a multiday exposition/conference that focuses on Broadway and other theater productions that includes performances, talks, workshops, photo and autograph sessions, etc.

Panelist Macapugay’s Broadway credits include “School of Rock.” Most recently on Off-Broadway, she was in “Wild Goose Dreams” (with set design by Filipino American Clint Ramos).

Broadway credits for Mendoza include “Pacific Overtures” and “Peter and the Starcatcher.” Recently, he was in the national touring production of “Small Mouth Sounds.”

Actress Erin Quill moderated the panel. Quill was part of the original Broadway cast of “Avenue Q,” which has music co-composed and lyrics co-written by Fil-Am Robert Lopez (“The Book of Mormon” and “Disney’s Frozen”).

Quill began discussions with the topic of playing characters who “happen to just be Asian” compared to playing Asian characters.

Chicago-native Macapugay shared her experience when she was cast in “School of Rock.”

“I loved it because it was truly based on who I am and what I brought to the table and that’s a dream come true,” she said. “Because when you hear about casting, like, ‘who’s the token person of color there?’—it diminishes you as an actor. 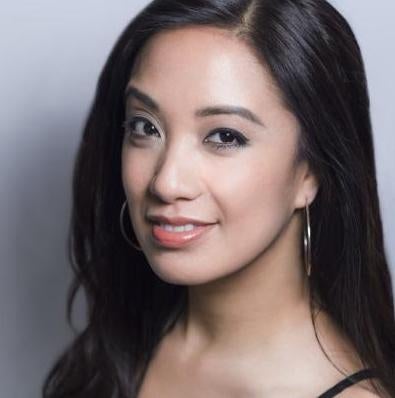 Jaygee Macapugay was in “School of Rock.” CONTRIBUTED

“However, when it comes to casting, I do like the idea of revolving around ethnicity, because why not cast based on the world that is around you, that represents the world around you?

“From those two points of view, being cast on your talent, yes; but also … for creatives to take an active role to want to cast people of color.”

Born in Manila, Mendoza moved to the US with his family when he was two years old. He expressed frustration over having to be relegated as the “token Asian” or the “ethnic alternative” actor in auditions and productions.

“The painful [part is] … it’s part of the job. But you have to treat that audition like you’re going to get it and you have to find it within yourself to give one hundred percent even though in the back of your head it’s, like, ‘I’m not going to get this.’”

“It’s wonderful when you don’t have to think about it. When you’re just playing a human being and you just happen to look like this [gestures to self].”

Macapugay praised the women she’s been able to work with. “In the last couple years, working with female directors and female lesbian writers, I think [they] champion more, in my opinion, people of color and people who are different more than any other directors that I’ve worked with because women, in particular … they know what it’s like to be ‘other,’ so they champion ‘others.’”

Mendoza is hopeful that recent productions in theater and film with diverse casts that have succeeded financially will continue to encourage entities who create shows. 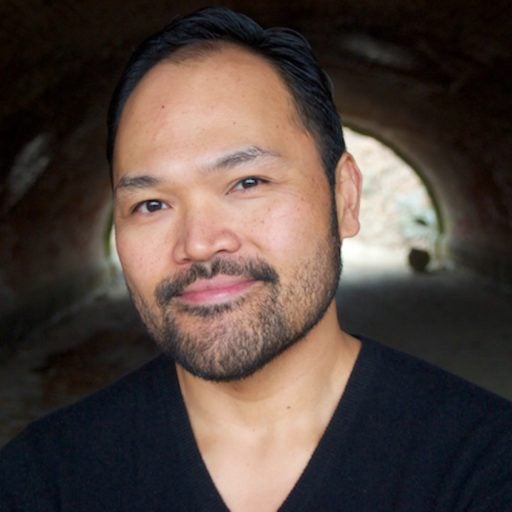 Orville Mendoza was in “Pacific Overtures” and “Peter and the Starcatcher.” CONTRIBUTED

“When investors see that it’s not a risk to put someone of color in a lead role, they are more apt to go ‘okay.’ This will not lose you money, hopefully producers see that. People really want to see this, this is not just a one-time fluke or gimmick thing, they actually are craving more diversity,” he said.

The group went on to discuss different ways the industry could increase opportunities for Asian and Pacific Islander actors, including changing ingrained mindsets and current work practices—across audiences, actors, casting directors, directors, playwrights, producers, investors and even board members and donors.

Though not discussed on the panel, Fil-Am and visiting Filipino actors have continued to gain a presence in Broadway productions.

In 2018, Ali Ewoldt continued to play Christine Daae in “Phantom of the Opera.”

Arielle Jacobs joined “Disney’s Aladdin” as Jasmine where she joined Don Darryl Rivera (who has been playing Iago since the show opened) and several Fil-Am actors in the ensemble.

Catherine Ricafort joined “Spongebob Squarepants” for a few months before it closed in September. Lea Salonga was in “Once on This Island” (with costume design by Ramos), which closed earlier this year.