18 of the Best Vacation Spots in the US

Most of us dream of kicking back on an exotic, tropical trip to a country far away, or cross-country hiking across Europe. Time and money are normally the hindering factors for many of us. In addition, you’ll need some preparation especially if you don’t  have a passport ready on hand. However, here is some great news – there are many exotic places to travel in the U.S., from forgotten US territories and to surprisingly places that are close to home! Here are some of the best vacation spots in the US. 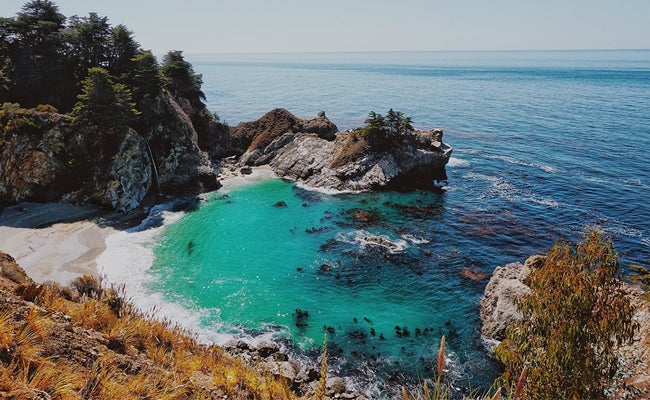 If you had the Italian Riviera in your plans, how about an amazing Mediterranean feel before you make it there? Let’s talk about a visit to the central coast of California where the Santa Lucia Mountains cascade along the dreamy shores. Add this to scenic beaches and a erratic waterfall, and you have the “American Riviera,” one of the most spectacular places to travel in the U.S. The picturesque drive from San Francisco along Highway One will reveal just why several artists, poets and writers have been charmed by this region’s trancelike magnificence. 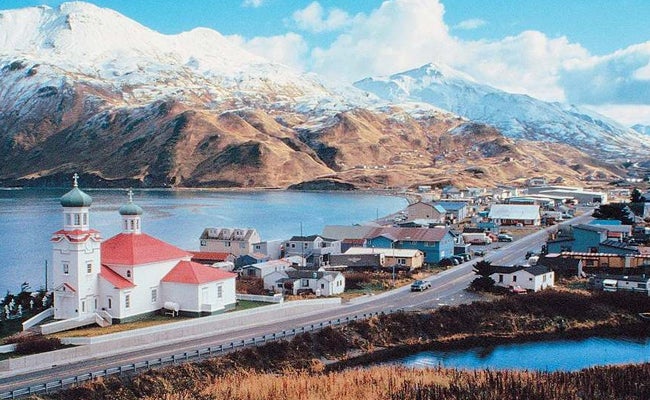 Here is a destination that isn’t for you if you seek sands and sun. They’re for those who love to explore nature in such remote locations as Alaska. Here the wildlife is alive even under the severe climate conditions, stormy seas and active volcanoes. It doesn’t get more remote than the Aleutian Islands. There are some settlements scattered on a few of the bigger islands, but overall, you’ll be sure to see more animals than humans. This will be a most memorable experience for wildlife enthusiast, as you’ll be seeing the rarest of animals within their natural habitat. Birdwatchers from all over the world come to lengthen their “life lists” of species. In the surrounding waters you’ll get to see and experience marine mammals abound including minke, grey, orca, sperm and humpback whales, as well as walruses, seals and sea lions. 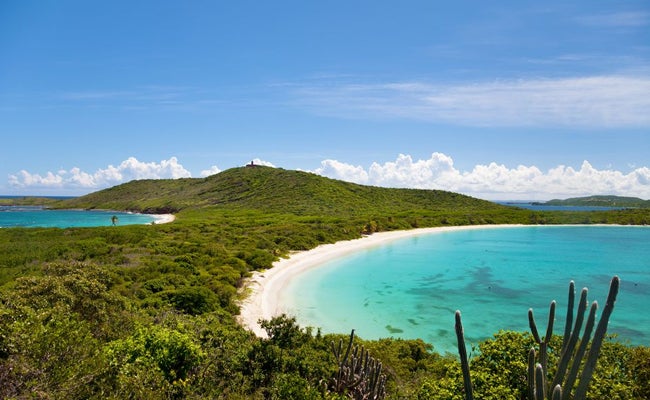 If Fiji is your dream, then you’ll appreciate Culebra, the ultimate tropical getaway in the U.S., located in a territory near the mainland. The beaches here are nothing short of comparable to those along the South Pacific. 20 miles off the main island of Puerto Rico, this is a somewhat unknown destination with no huge hotels, malls or restaurants. The nightlife isn’t that much either. But you will most probably see leatherback turtles, the giant Culebra giant anole, and the bioluminescent creatures that keep a part of the coastal waters lit up after dark. The non-commercial culture, exotic air, peculiar boutiques and local eateries of Culebra make it a truly warm vacation spot. 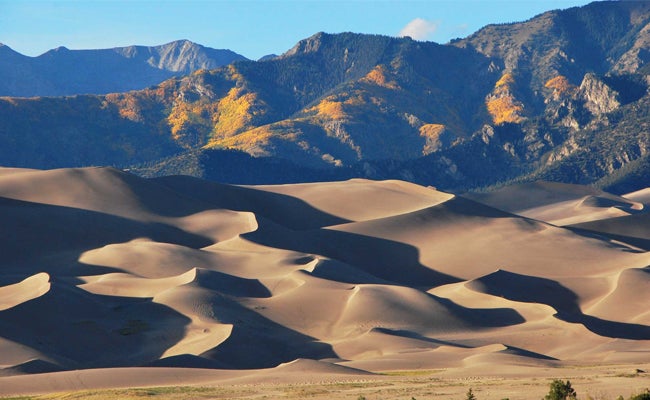 This destination promises you the most exotic trek in the U.S. Situated between the Sangre de Cristo and the San Juan Mountains, the nation’s highest dunes (some towering above 700 feet), it kind of reminds you of the Sahara or the Gobi. Hikers get to see the amazing panorama of seemingly endless dunes. This highly elevated sandy land with mostly clear skies is also a great location to stargaze. 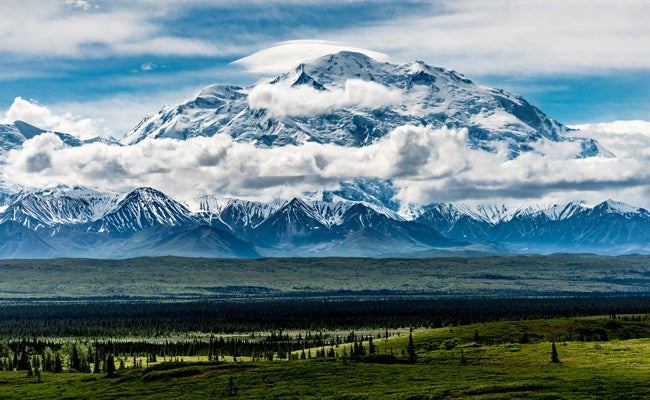 For those that fantasize about climbing the Himalayas, try Denali National Park, home to the highest peak (20,310 feet) in North America. Ten thousand feet below the Everest is a great way to practice. If you don’t care for the challenge, you can just hike and view the mountains from some ways off. You can take the Horseshoe Lake Trail, winding 1.5 miles amidst aspen and spruce forests to the lovely Horseshoe Lake. Flightseeing is another activity that this location is wonderful for, aside mountaineering. You also want to keep an eye out for the wildlife, especially the “Big Five” – grizzly bears, moose, wolves, caribous and Dall sheep. You may be also get a chance to see martens, beavers, foxes and lynxes. 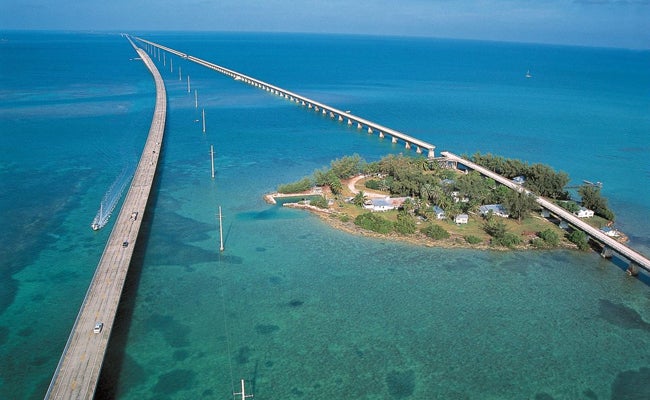 Here is a chain of islands where you can get the Caribbean experience without leaving the continental U.S. It stretches over 125 miles from Biscayne National park in the north to Key West. The Keys give you that Caribbean feel that you don’t get on the mainland. Key West holds in store for you buzzing nightlife, art galleries, cocktails, beach boutiques, kayaking, sailing and snorkeling. If you want a touch of culture, you can visit the former home of Ernest Hemingway. Then again, of course, there’s the mouth-watering, fresh seafood. 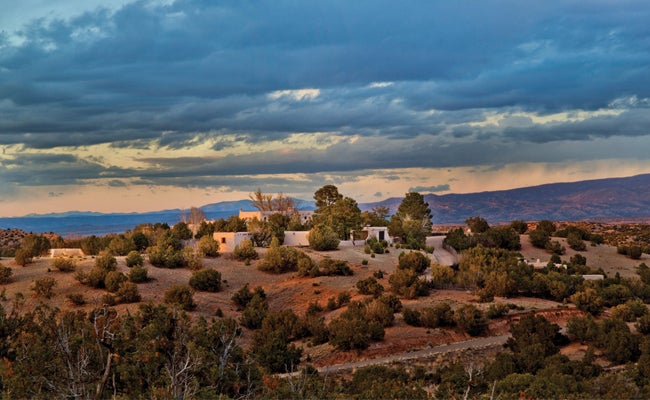 The oldest state capital in the U.S. is home to very rich history. There is a historic main Plaza that will give you this abroad feel. Santa Fe is popular for special side attractions – assortment of art galleries, remarkable museums and splendid architecture. This adobe city will transform you. The healing energy alone draws in many. It’s little wonder that Santa Fe has sheltered countless artists for several years, including Georgia O’Keeffe. If you pitch downtown in historic La Fonda, you can stroll to the Plaza and encounter the magnificent art and handmade jewelry. 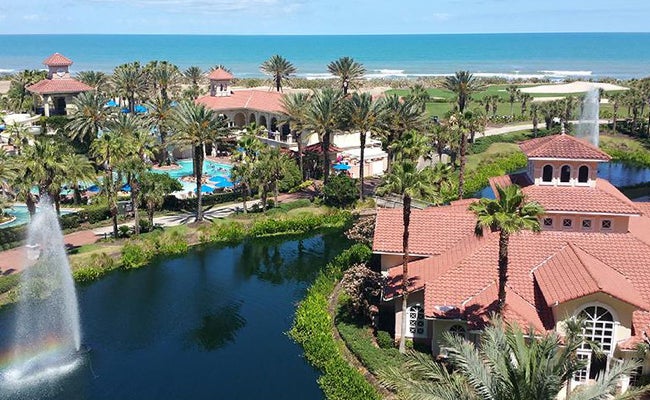 Saint Augustine, Florida, is just 30 minutes from Jacksonville, but it’s far from the urban setting of Florida’s biggest metropolitan city by much more than that. This is a destination that gives off an Old World ambiance with its historic architecture. It feels somewhat like Spain, and this isn’t too surprising being that the settlement was founded by the Spanish in 1565, when Don Pedro Menendez de Aviles arrived on its shores and named it after the Roman Saint. North America’s oldest continuously occupied European settlement still has a lot of its historic buildings intact. The Castillo de San Marcos was built in 1672, north of which you can walk in Aviles’ footsteps at the spot he landed near the Fountain of Youth Archaeological Park. Plaza de la Constitucion and the historic city gate also stand. The countless lights on the buildings during the holidays make it feel even more exotic and distant. 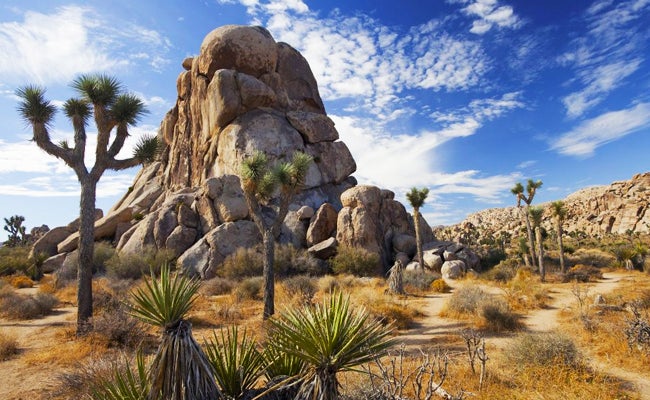 This is a National Park with much more than just an exotic feel, it feels like another planet altogether! The strangely-shaped plants native to this region, including the Joshua tree, and gigantic boulders rising hundreds of feet into the sky, give you a sci-fi-like scenery. Hikers, climbers and photographers will have the time of their lives. Joshua Tree village draws in artists, nature enthusiasts, and hipsters with its irresistible charm, and good number of first-rate eateries, and truly one of the best vacation spots in the US. 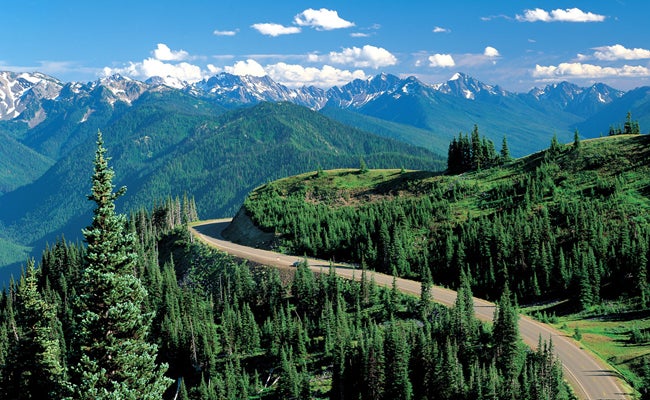 Hidden in the outermost northwest, Olympic National Park boasts a spectacular wild coastline with forests sloping into stormy beaches. You’ll see glacier-covered mountains, foggy crags, flowing falls and the temperate rainforest on the west side valleys (one of the best examples of temperate rainforest left on the continent) with over 12 feet of rain annually. Ginormous western hemlocks, Sitka spruces and Douglas firs are dominant, with ferns and moss covering the trees and forest floor. If you want to explore the beauty of nature, Olympic National Park is perfect. 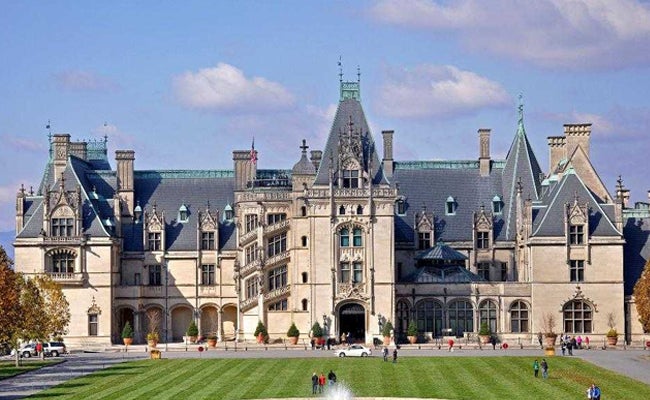 Who says all the castles are in Europe? Although it isn’t officially called one, the largest privately owned home in the country is worth calling a “castle.” Biltmore Estate, former home to George Washington Vanderbilt, is so large it has 250 rooms, a private winery, a bowling alley, 65 fireplaces, a profound library and manicured gardens all over the 8,000-acre estate. It will take no less than two hours to explore this mansion alone. Planning to spend the whole day touring the estate is the best move. 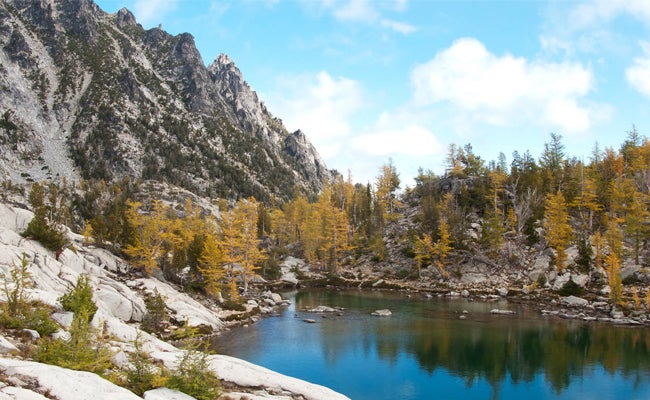 Located on the east end of the Cascade Mountains, Leavenworth is a Bavarian village that becomes something of a magical snow globe during the Christmas holiday season. In 1960, this location was transformed into a facsimile German village for the promotion of tourism, and is now well-known as the “Bavarian snow globe.” Christmas is celebrated throughout December in German style. Annually, the Christmas Lighting Festival is held featuring traditional caroling, Christmas characters and countless glittering lights. 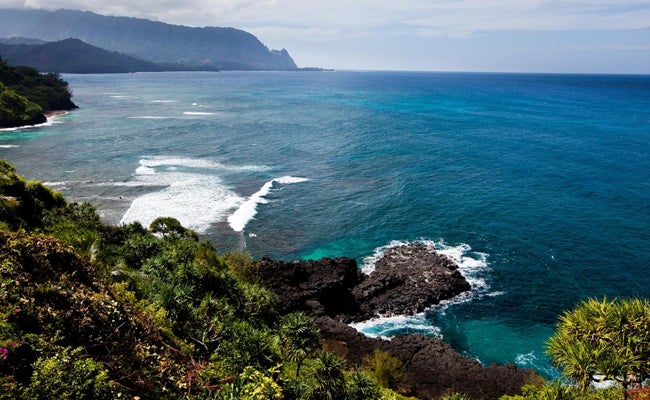 Kauai is the most amazing and least developed island in Hawaii. It is a very unique island one too, worth the trouble to get there. Its green, mountainous panorama feels very un-American. These amazing shores have been the background for several paradise-based movies – the likes of “Jurassic Park,” “Raiders of the Lost Ark” and the 2005 “King Kong.” Amazing features include the Na Pali Coast, Wailua Falls and Waimea Canyon. 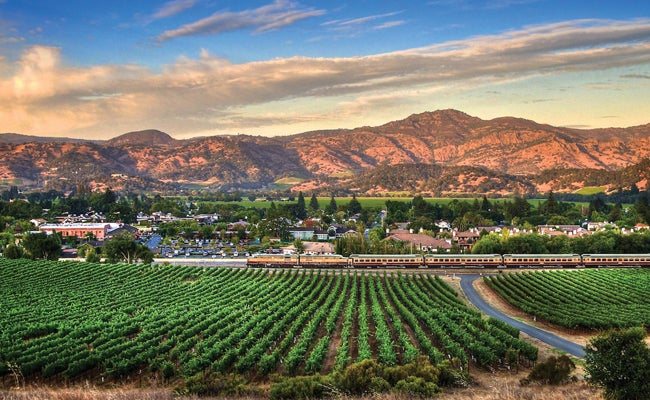 This is the US version of the charming Tuscany region of Italy, undulating hills, vineyards and all. Make sure to visit Castello di Amorosa Winery, a realistically-designed, 13th-century Tuscan castle, complete with a drawbridge, moat and dungeon. Medieval techniques were actually used in the construction of this magnificent castle, with hand-chiselled stone, hand-forged nails, and hand-painted frescoes. 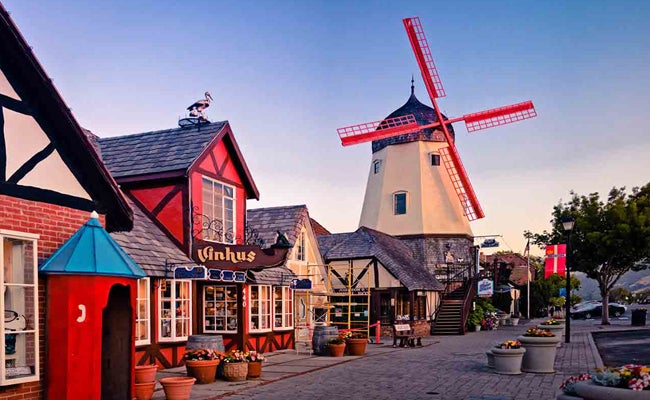 If your fantasies lead you to Danish villages, visit Solvang, a town founded by Dutch teachers in 1911 in tribute to literary great, Hans Christian Andersen, and Danish culture in general. Situated in the lovely Santa Ynez Valley, with Danish-style shops, restaurants, crafts boutiques and offices, “Little Denmark” offers you a slice of Europe. 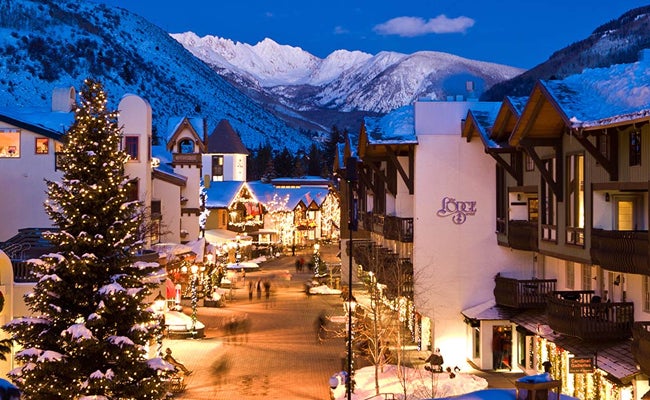 Patterned after Zermatt, Switzerland, Vail gives you a Swiss Alps feel, with architecture featuring elaborate woodwork, intricate doors and magical balconies. Some restaurants and bars serve Alpine delicacies, and the Rocky Mountains in the background replicate the Alps. Skiers frequent Vail in the winter, but summer is equally lively, with hikers and wildlife watchers. Trout fishing is done in most of the waters, and there’s live music after dark on the courtyards of most downtown restaurants. 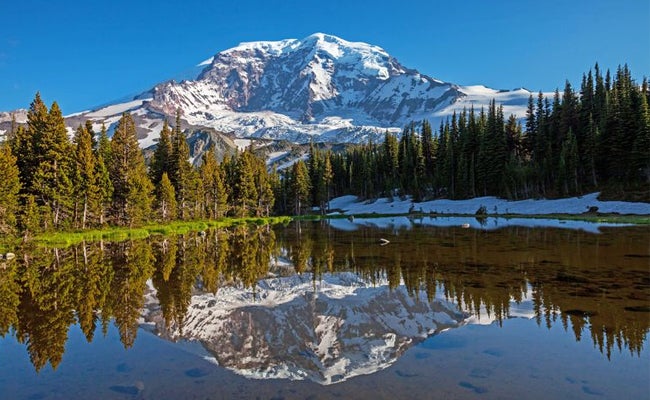 Mount Rainier is one of the world’s most active volcanoes with another Alpine backdrop. This magnificent 14,411-foot mountain can be sighted from most parts of the Puget Sound area on fair days. For an even richer, abroad feel, you can walk the alpine fields scattered with beautiful wildflowers, close to huge glaciers and cascading waterfalls. 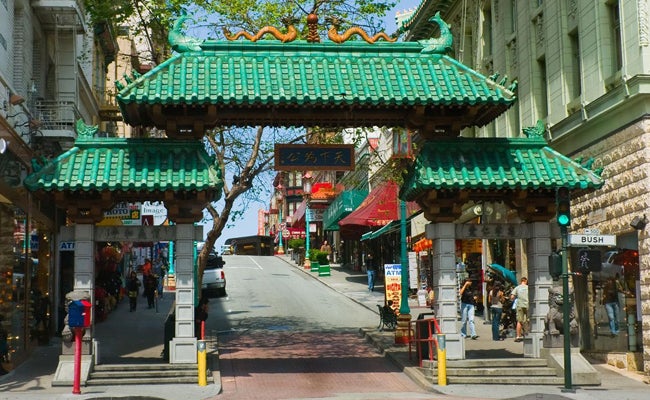 Chinatown, formerly the entry port for Chinese immigrants before the 1850s, has become a lively axis for Chinese culture. You’ll feel like you’re in an entirely different nation once you enter the gates at the juncture between Grant Avenue and Bush Street. This dynamic ethnic hub is the largest Chinese community outside Asia. Fish and produce markets, and sellers of items ranging from staples to Chinese souvenirs, abound. Make sure to see the Hang Ah Tea Room, Golden Gate Bakery, and America’s oldest dim sum house.