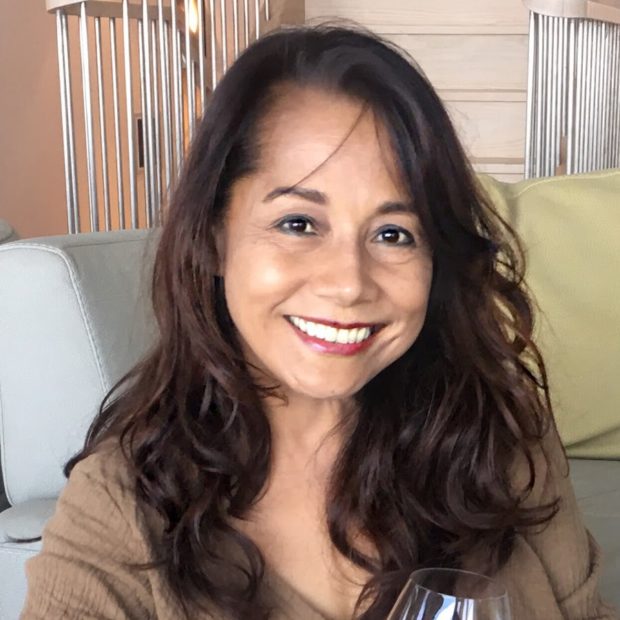 Charry Lising-Dasovich is known as the mother of celebrity siblings Wil and Haley Dasovich, and indeed it was she who made her children fearless and adventurous and always looking back to their roots wherever they may be. Charry’s her own journeys transformed her outlook on life, which in turn helped shape her kids.

Migration had been a big part of Charry’s life. At two years old, her family and relatives moved to San Jose, Occidental Mindoro from Pampanga in search of a better life. Her mother told her that Mindoro had plenty of opportunities to offer to migrants. She and her six siblings were raised in the province. 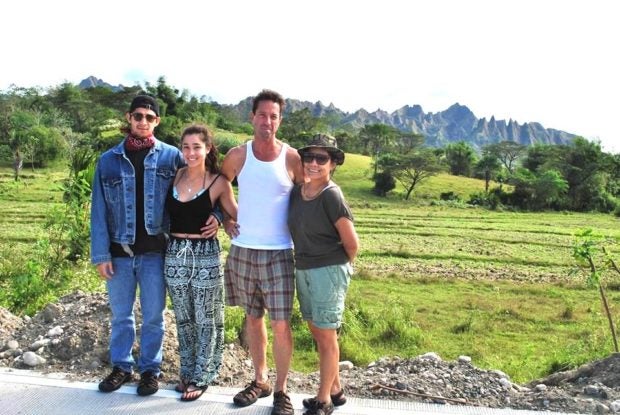 Job opportunities brought Charry to Manila, where she earned a nursing degree and later worked as a company nurse at VV Soliven in Cubao.

Upon the invitation of a friend Charry left her job in Manila to travel to Denmark in 1980. It was not a popular destination among the Filipinos then. Charry found work as a nurse. Every three months, she crossed the border by train to renew her three-month visa. Eventually, she got a nursing license and became a resident. Charry had to learn Danish because the hospital deducted 30 percent of her salary if she could not communicate in the language.

“Not a lot of people had heard of the Philippines! My patient sometimes asked me if i came from Greenland or by a boat as a Vietnamese refugee,” Charry laughs.

Charry adapted well in Denmark. She learned the language and the culture, but could not really adapt to the cold winters. 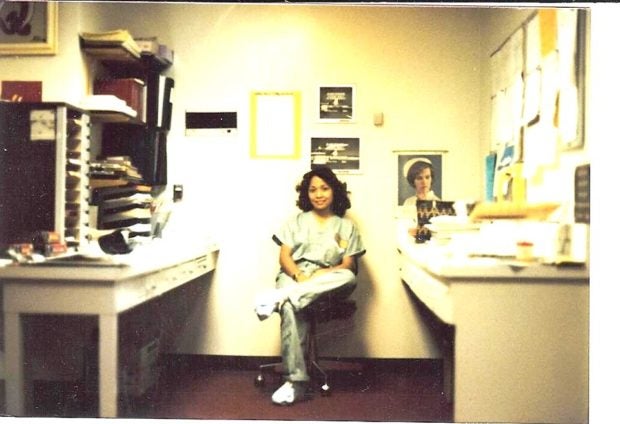 Charry in 1981 working as a company nurse at Thermador Waste King in Los Angeles. CONTRIBUTED

“The loneliness was real because the only communication with my parents was through the mail, and I remember, I wrote to them once a week and sent them a gift box every month,” Charry recalls.

From 1981 she was able to work between Denmark and the United States. Despite having a stable and lucrative job in Denmark, Charry preferred America. In 1987, she finally emigrated to join her relatives in California.

Charry got married to Steve Dasovich, a marine engineer. They raised their family in Marin County, in Northern California. The kids, Wil and Haley, started seeing the Philippines when they were just three months old.

“We have strong ties with both of our families. I brought them to the Philippines every year and stayed more than three months so they could learn my upbringing and meet all my family and extended family,” Charry explains.

Wil and Haley even sat in a classroom at the public elementary school in San Jose, Occidental Mindoro where Charry studied. Charry wanted them to feel how it was to sit in a classroom with not enough ventilation, with wooden desks and rudimentary blackboards. The siblings were encouraged to share with less fortunate children in their mother’s hometown.

Charry learned in Denmark that a woman could be as strong and independent as a man. So in America, while her husband was away working on a ship, Charry did house repairs, painted walls, and did tasks that were usually delegated to a man.

Like most households in America, they did not have household help. Wil and Haley grew up independent but well-disciplined. The siblings started working as early as when they were 13 and 14 years old. They were raised without the gender distinction in labor and were proud to have been earning at a young age.

Haley babysat in the neighborhood or worked as a referee during sports competitions, while Wil did cat sitting, helping in yard work or at snack bars.

“I had a very strict rule on getting themselves ready for school — wake up on their own, make their own lunch and choose the clothes they would wear for next day of school. No TV or video games from Monday to Friday. They participated in every sport — baseball, soccer, swimming, football, lacrosse. They were enrolled in arts, ballet, dance, drama so they were always occupied,” Charry says.

Wil got his business degree from California Polytechnic University in 2013. While traveling to the Philippines for a vacation he was spotted by a talent agent.

“We were in a shopping mall in Makati when he was asked to do some modeling. He was fine with that and so was I. We checked out the agency. It was legitimate, so he started doing some VTRs. He signed up for a TV commercial for Pizza Hut,” Charry narrates.

Charry and her family in the Philippines and the U.S. were excited to see him in a TV commercial. And as they say, the rest is history.

Charry thought that Wil would be a successful businessman while Haley, who has a degree in International Relations from UC Davis, would be a lawyer. Charry and Steve did not think the kids would be one day in the entertainment industry. But now that she thinks of it, why not? As kids, Wil and Haley were hanging out with their friend, the actor Zac Efron, who was in a community theater before he reached stardom.

Wil and Haley may be the most popular influencers in Asia, with millions following their YouTube channels, tweet, and Instagram accounts. But they are still Charry and Steve’s kids, who ask for advice and opinions. Or sometimes get a “sermon.”

“Just watching them grow their followers, subscribers, fans is the best experience. Watching Wil receive his awards in Kuala Lumpur in 2017 as Asia’s Influencer of the Year and the Shorty in New York as Vlogger of the year just melts my heart and leaves me speechless. Haley just surprised us by singing a Tagalog song at benefit gig recently. I could not be proud enough,” Charry says. 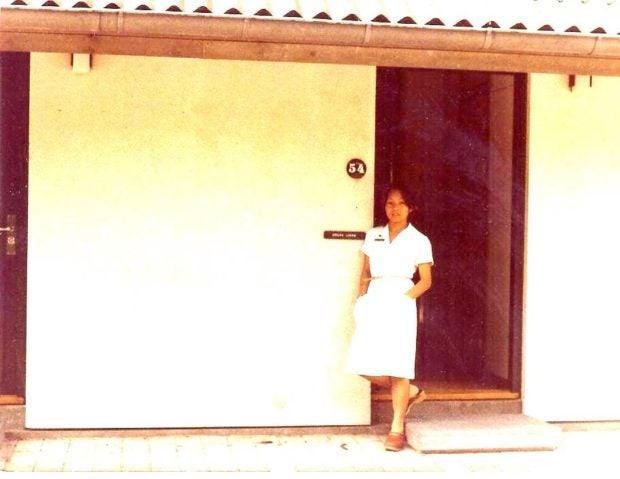 Charry as a young nurse in Denmark in the ’80s. CONTRIBUTED

Charry also embraces her celebrity status. She is called ‘mudra,’ gay slang for mother. She also has her own social media accounts.

“So fun! I got so many thank-you messages for having Wil and Haley because their lives were changed by them for the better, gave them more hope and something to look forward to in life. I also become Tiya Dely or Dear Abby now and happy to give encouragement and support.  I am really embracing it!”

And to mothers like her with or without celebrity children, this is her advice:

“When you work hard, it will pay off no matter where you are. Be content with what you have or make something out of it. Be practical.

“Be consistent with your children, it’s not all about the money that you make or send from abroad. Be involved but not intrusive. Teach them to value money, teach them to be humble, it’s about raising them with good direction, be independent, be kind and be wise.”