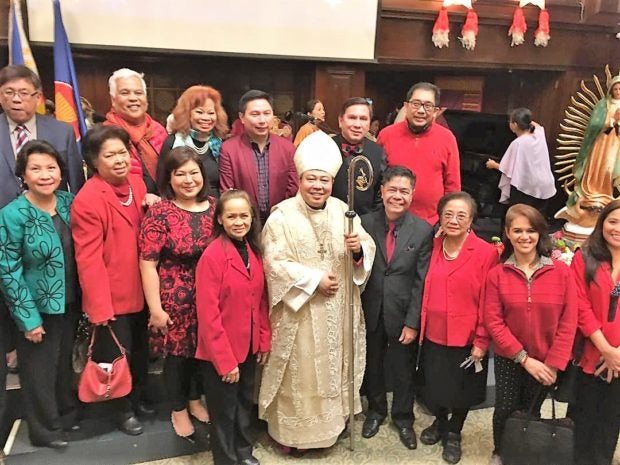 His Excellency Archbishop Bernardito Auza, Permanent Observer of the Holy See to the United Nations, with mass sponsors and dignitaries at the Simbang Gabi Sa Konsulado. INQUIRER/Carol Tanjutco

NEW YORK — Winter in the Big Apple can be so frigid that it can keep a lot of elder citizens at home. Luckily this year, winter has been mild, with very few occasions of snow.  So, the advent of the Christmas holiday season saw Filipino Americans reveling more freely, giving vent to the longing to connect with one’s own.

To bring the Filipinos abroad closer to home, Tourism Attache Susan Delmundo held a Parol Making Workshop attended by parents and their American-born children. Consular employees and their families joined the crafting. Philippine food chain Jollibee treated the participants to its popular Chickenjoy and sweet spaghetti, as it opened its first-ever Times Square branch.

The Philippine Department of Tourism took advantage of an estimated 250,000 foot traffic in front of the Philippine Center on Fifth Avenue – where throngs flocked to the nearby Rockefeller Center and Saks Fifth, both famous for holiday display—by presenting a Belen and 24-hour video streaming of Philippine sceneries with the theme “Feel-Pinas.” 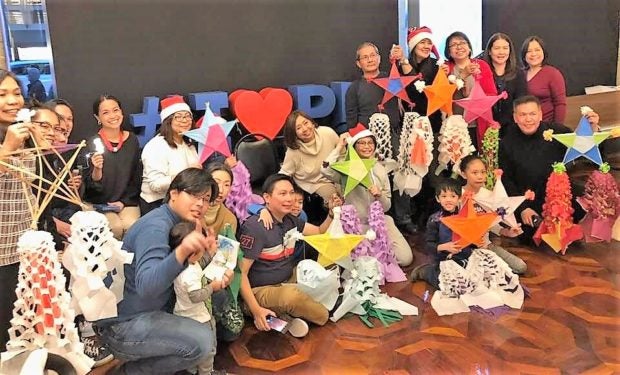 Predominantly Catholic Filipinos kept their tradition alive as Misa de Galloservices were held at the Philippine Center and in churches around the boroughs for nine days. The church being a center of immigrant Filipinos’ spiritual life, also serves to encourage newcomers to get involved in the community and build new friendship and alliances.

His Excellency, the Most Reverend Bernardito Auza, Titular Archbishop of Suacia, Apostolic Nuncio, recalled during his celebration of Mass at the Philippine Center, “We’ve come a long way. Twenty years ago masses are only accepted in Churches. Parishes celebrate masses so the Archdiocese decided not to hold anymore masses here. In 2012-2013 we didn’t have this mass but thanks to tears of many of you here, the heart of Cardinal Dolan melted. In 2014, the Simbang Gabi Sa Konsulado is back as long as we keep our devotion.”

Community organizations came together each night to host traditional Filipino meals open to the public. Raffle tickets were given away consisting of cash and gifts donated by members of the organizations. Philippine Airlines Manager Josh Vasquez raffled away a roundtrip ticket to Manila, won by a Spanish guest. 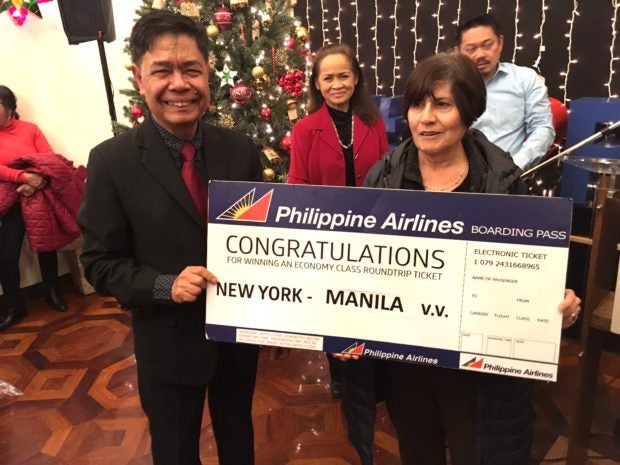 Elsewhere, private parties were held among friends. Fiesta Sa America organizer Fernando Mendez and partner, Laura Garcia, had their own lounge party with entertainers. Friends around New York City dressed for the holiday fun and took a long break from the usual rat race. School organizations like Assumption held Christmas parties in church halls, a reason to get together with intergenerational families coming from different batches as far as  50 years ago. 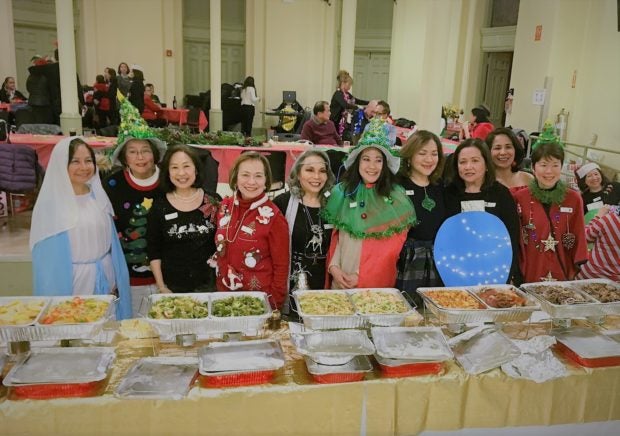 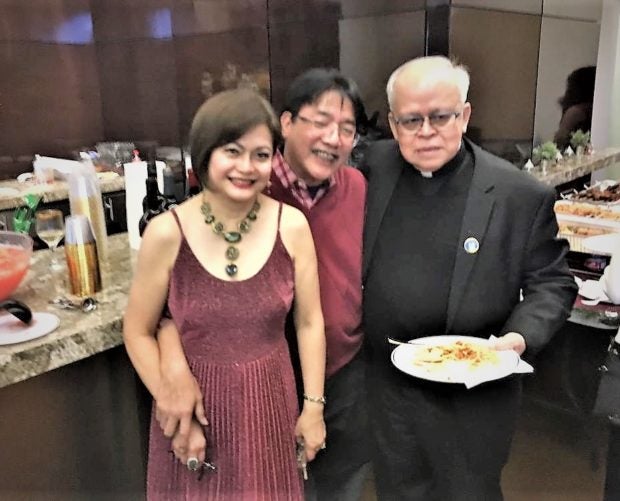 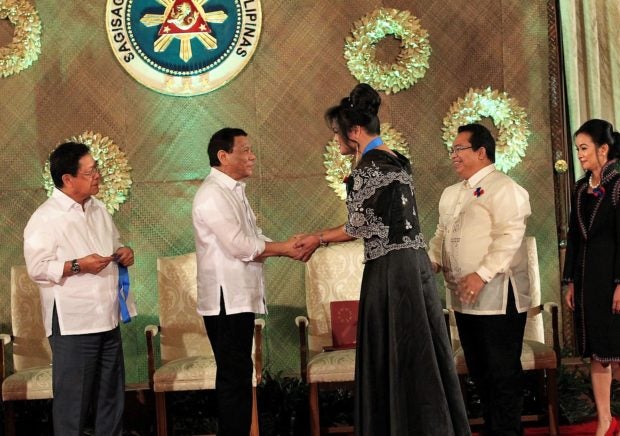 In celebrating their success, the organization held a Christmas party that doubled as a turnover to the new set of officers, who were inducted by Consul General Claro Cristobal. The event also celebrated AFTA retirees Miliza Romero and Josefina Badana who were the original founding members of AFTA more than 30 years ago.