“Time to put that old ‘me’ in a treasure vault — safe and protected. Here I am, a new ‘me,’” she told The FilAm in a phone interview.

Born male in Quezon City in the Philippines, this former Montessori teacher came to the U.S. about 15 years ago. She began using the name Chelle Lhuillier on social media. It became her sort of alias. She is known as Chelle Lhuillier to friends, to fellow activists in the Human Rights Campaign, on Facebook, and in all kinds of public spaces where people acknowledge her transness. 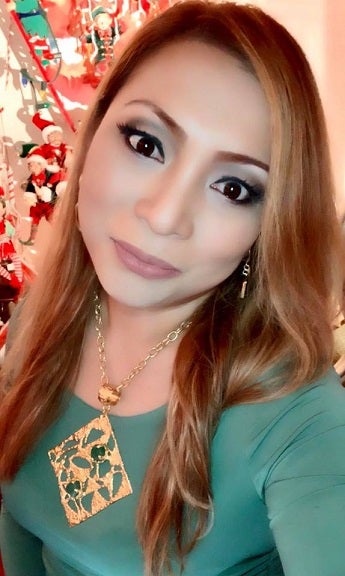 Trans advocate Chelle Lhuillier: “I feel like I am reborn.” CONTRIBUTED

However, her public documents — such as birth certificate, passport, photo ID, etc. — continue to show the original name her parents had given her.

“It can be annoying, confusing, and embarrassing when you have a mismatched name and gender,” she said. Especially when she is confronted about it in a very public and intrusive way.

A name change finally declared “Chelle” her official first name. Her surname remains her parents’. By January 2019, she will be known as:

The process to change one’s birth name appears to be a short and seamless one. She signed up for the Transgender Legal Defense & Education Fund’s (TLDEF) Name Change Project, and was accorded pro bono legal assistance. She and nine other trans folks — ranging in age from teens to 50s — were part of the project and received assistance from two to three lawyers.

The process took about four months, from the time she filled out an intake form on the TLDEF website all the way until she received her certified court order showing approval of her new name. The most challenging and possibly most time-consuming part is the vetting, according to Chelle. “They want to make sure you are not changing your name because you’re running from the law,” she said. 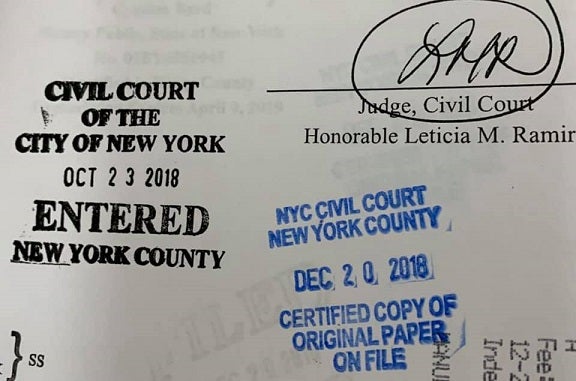 A judge with the New York City Civil Court approved the name change petition and provided her a copy of the court order. The court order became final only after it was published in a newspaper within 60 days after the court appearance.

Chelle hurdled all stages of the process with the assistance of her lawyers from Reed Smith LLP, a top law firm in Manhattan. The attorney assigned to her was a dynamic woman named Tsedey Bogale.

“Both me and the lawyer went to the court for the hearing,” she said. “I felt very at ease.”

To match the name change with a new gender marker requires a separate petition. She will present, with her request, a medical certification verifying her transition.

Chelle has been contemplating a change of name for a long time, but was not sure if it applied only to U.S. citizens. It was when she signed up with TLDEF’s Name Change Project that she learned she qualified, being a legal permanent resident or green card holder.

In January, the first document she will update with her new name and sex marker is the IDNYC, the ID card for all New York residents. With all her personal data aligned, she felt “relieved and free.”

“It’s hard to have a mismatched ID, especially when looking for jobs. It becomes a deterrent. Now I can look for a job, and have a career,” she said. “It will be a new ‘me’ in this coming New Year. It’s like a dream come true.”