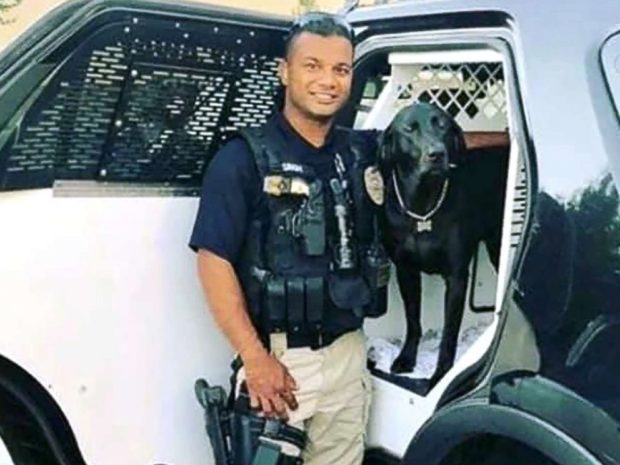 Because Donald Trump owned the Miss Universe pageant for a bit, there’s no question in my mind, when you say Filipino he’s thinking of Catriona Gray.

You can bet he’s not thinking of the man he called “Duarte.”

Makes you wonder. When Donald Trump thinks “Asian,” what does he see in his heart and mind?

An immigrant waiter in Chinatown?  With or without documents?

Or is he thinking China’s president Xi Jinping?

With Trump, the self-described “Tariff Guy,” you never know.

This is no small problem as we end 2018 and head into the New Year. The Trump administration insists on playing to the racial fears of his white base to boost his political support.

When the leader of the free world is willing to shut down the government indefinitely for a wall to keep people of color out, our general confidence level is not high.

Trump is so quick to politicize on race, you can’t always be certain about what’s off limits anymore.

Witness the day-after-Christmas shooting of a policeman in Newman, a small town in California’s Central Valley, population 11,361. Everyone in the state with a cellular phone got a blue alert about the suspect and his escape vehicle.  A convenience store camera caught the shot of the gunman, described as a Hispanic male.

By Thursday, reports said the Stanislaus County Sheriff’s Department had the name of the suspect, but would only reveal that the man was undocumented.

And that was all Trump needed to stoke the fear: “There is right now a full-scale manhunt going on in California for an illegal immigrant accused of shooting and killing a police officer during a traffic stop,” Trump said in a tweet Thursday. “Time to get tough on Border Security. Build the wall.”

If the president wants to keep us all safe, how about getting tough on the criminals close to him who have been indicted and convicted?

How about speaking out against murderous hate crime perpetrators, such as Adam Purinton? He was spared the death penalty and got life in prison on May 4 this year for the 2017 murder of South Asian American engineer Srinivas Kuchibhotla in Olathe, Kansas.

A wall wouldn’t have protected anyone from the real bad hombre, a white American, born here, with a vile dislike for immigrants.

How does a wall protect us from those like Purinton?

The significance of the president’s tweet cannot be overstated. It’s how everyone  learned the U.S. was pulling out of Syria, after all.

But Trump’s tweet on the shooting also failed to mention that the police officer shot dead was Ronil Singh, 33, an Asian American Indo-Fijian immigrant who came to the U.S. to be a police officer.

This was an immigrant on immigrant crime. No mention of Singh as husband and father in Trump’s tweet. The president completely overlooked the hero Singh in order to politicize the manhunt and push his own xenophobic border wall idea.

What does Trump see when he sees an Asian or Asian American?

He doesn’t see you, me, or Ronil Singh.

MY TRUMP SHUTDOWN
And to think that the weeks surrounding Christmas and New Year’s always used to be such a low-key period that news people usually have to reprise the events of the year for lack of any real news.

But the Trump administration, powered by Twitter, is a one-man news cyclone. It’s a never-ending barrage of showstoppers that have all made us numb to what has been an assault on truth and democracy.

Everything Trump seems to touch leads to a potential takeaway or reduction of some sort. Civil liberties, freedom, ozone, you name it. It’s the undoing of life as we know it.

So after the Syria pullout without consultation and the resignation of Defense Secretary Mattis, followed by the Trump government shutdown, I felt compelled to stage my own momentary Trump shutdown for Christmas.

I turned off the news to keep anything about the fake president out of my life for at least 48 hours.

But it didn’t work. The headlines didn’t stop.

Another child died at the border under Trump’s aggressive border policies.

Trump went to Iraq, but unfortunately came back.

The real shutdown impacting federal workers continues with no end in sight.

And then there’s the shooting death of Ronil Singh on Wednesday.

If only Singh were an obvious white Trump supporter and not an Asian American. That would have gotten him a mention. Instead, no outpouring of sympathy for Singh, his now grieving widow, or the infant son he’ll never see grow into a young Asian American.

Compare that with what Trumped s­­­howed for Kate Steinle, the young Caucasian woman who was shot and killed in 2015 by an undocumented immigrant. Trump used Steinle, an attractive white female, unabashedly to whip up

anti-immigrant fervor. But Singh’s  just a cop killed by an undocumented immigrant, end of story. Not an Asian American. The Newman Police chief tried to correct that on Thursday trying to emphasize the humanity of Singh. But to Trump, the murder becomes a morbid political Christmas gift so he can say “Build a Wall.”

It’s the truth as we end the second Trump year. The president only cares about the people who like him–his rabid supporters led by mostly alt-right white separatists.

The rest of us are on our own if we’re of no use to him. That includes the large group of Filipino American Republicans who need to be wondering how much longer they can support a presidency that runs counter to their own self-interests.

Emil Guillermo is a veteran journalist and commentator. He writes for the Inquirer’s North American bureau. Twitter @emilamok. Listen for him on Apple Podcasts.