SAN FRANCISCO — From the moment he swore in as 45th President of the United States, Donald J. Trump has polarized the nation.

He has been the object of adulation by 62,984,828 voters who catapulted him to the most powerful position on the planet.   But there are the 64,853,514 or 2.87 million more who voted for his opponent, Hillary Clinton, who won the popular vote but lost the electoral college race*. Hence the ensuing debate over what some blast as Trump-bashing that has escalated two years into his term.

The business mogul and former reality show star has weathered criticism for his alleged extra-marital affairs, policy pronouncements, business deals, high turnover of key staff and Cabinet members, the appointment of his children and son-in-law, not to mention his limited vocabulary and Twitter-dependency. 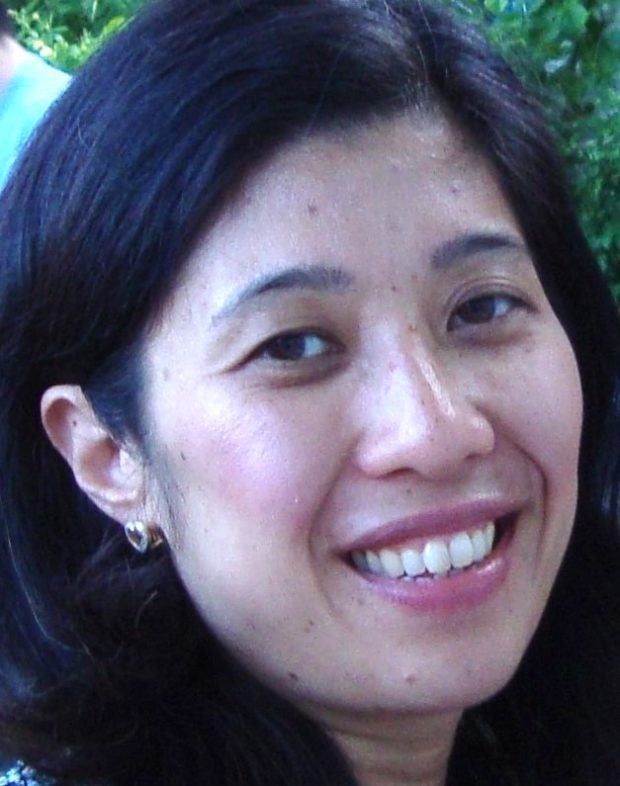 Living as he has for decades in the spotlight, Trump seems to have broadside for every policy, personality or view he doesn’t like. He remains undaunted by the historic resignation of his Secretary of Defense, the conviction of his once-closest advisers, or talk of potential impeachment as a consequence of those advisers’ cooperation with the Special Counsel.  Which is one of the many reasons his Filipino American supporters stand by him now and think he will likely will in 2020.

Fil-Ams for Trump are as diverse as the Filipino community in this country.  Some were born here, studied in the Philippines and came back as professionals.  Others arrived as adults and have followed the news, political and otherwise, in both countries. Many are members of organized religions. Not all are willing to share their opinions for publication or voted for Trump in 2016. But they are unanimous in supporting his policies to date.

“Liberal media are biased and not giving him a fair shake.  They see only his faults and not his accomplishments,” declares Eric Capalla, records supervisor at a Palo Alto legal firm.

While the registered Republican did not vote for either Trump or Hillary Clinton in 2016 because he did not think they were the ideal candidates then, he gives Trump “69% approval” currently. 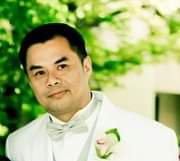 “News is not journalism but a commodity that is marketed, sold, bought and digested by many uneducated consumers looking to reinforce their own biases and who have very little idea they are being manipulated,” claims the Redwood Shores resident, who gets her political fix from The Wall Street Journal, Bloomberg, CNBC, Fox Business, Fox News, NY Post, Daily Wire, Daily Caller, Drudge, Breitbart, The Sun, Daily Mail, and SF Chronicle.

“The issue with journalism today is that much of it is not produced and conveyed to the consumer by competent, professional and ethical journalism school graduates but by entertainers. And even if by proper journalists, what’s happened to truth? Aren’t journalists supposed get at the truth by stripping information of any misinformation, disinformation, or self-promoting bias and then letting the community react. Anything else is opinion masquerading as journalism.”

Business strategy and startup consultant Christina Rodriguez Laskowski berates the media for being “selective…manipulated or spun to sound negative” about Trump.  That’s why she rarely watches TV news and instead checks out KSFO, The Answer, KPFA and sometimes NPR on the radio.

The University of San Francisco adjunct professor of entrepreneurship and innovation who garnered 43,927 votes or 23.2% as Republican contender for District 22 in the State Assembly in the mid-term elections sees beyond what to her are intentional omissions.

“The media never give credit to the president for good things,” she said, listing the “North and South Korea talking, and shipping back the bodies of soldiers from North Korea” besides actually visiting the troops thrice where his predecessor “never went out of his way” to do. She hails Trump’s tax reform that “actually benefited regular citizens,” citing how it inspired companies such as “Trader Joe’s to pass corporate tax reduction to lower costs on basics like bread, eggs and coffee.” 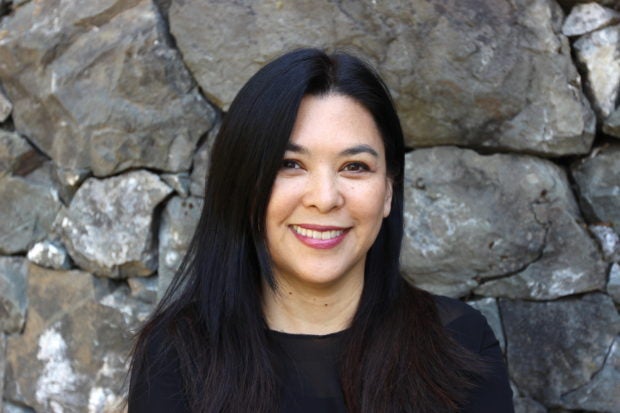 Neither do the media acknowledge “that there is truth to what the president says about border security or immigration” and instead “his rhetoric is spun around to not wanting immigrants in this country when it is clear that the focus is illegal immigration.”

Laskowski did not vote for her party’s nominee in 2016 and was unsure about his stance on the border wall then.  She gives him favorable ratings midway into his presidency.

“I especially appreciate (his) position with the United Nations and NATO.  We really should not be helping countries who come to us for money yet harbor terrorists; and other countries should be paying a fair share.  In fact, in his speech, I am glad that he called out Germany’s dependence on Russia for gas and oil,” says the nonprofit leader.

“He has clear priorities, like his vision of ‘America First.’  He is a deal maker and a great negotiator… – shows authority that makes him a good leader.”

Trump’s fiery albeit limited vocabulary is a refreshing change from his articulate predecessors, noted another Fil-Am GOP candidate in the midterm elections.

“He is blunt and not afraid to call out an issue as he sees it,” says Cristina Osmeña, who raked in 55,439 votes in challenging Democrat Jackie Speier for her seat in the14th District of the  U.S. Congress.  “I like how he is not a slave to political correctness. That is probably my favorite thing about him. He has liberated at least some of the country from oppressive political correctness.

“Like him or not, you can’t take away the fact that he’s tough as nails,” sums up Osmeña, who imbibed Republican ideology from the late finance guru Jerry Gold and former House Speaker Newt Gingrich.

Like her California counterparts, Mona Misa Cladis, a certified hypnotherapist in Henderson, Nevada, recognizes that Trump’s personal style has upended diplomacy as we know it.

“President Donald Trump is the only one without blinders who sees and tells it like it is,” says the Maryknoll College alumna who frequently travels to Manila to visit her mother.

“(He) May not be the world’s most eloquent speaker, but that’s not what he is president for. He is there to right the ship in hard-to- navigate waters of trade imbalances, tough immigration laws, etc. and he’s done a lot more than do-nothing Obama, warts and all. Some people can’t take that. Tough. When the going gets tough, the tough get going.”

Retired executive assistant Clements zeroes in on the negatives she gladly contends Trump is not: “career politician, globalist, traitor.” He represents her values, which she lists as “pro-American, faith and family, fiscal and personal responsibility, rule of law and constitutionally-limited government.”

Osmeña looks past national borders in sizing up Trump.

For others, Trump’s stance on issues with religious ramifications seals the deal.

“He does not believe in abortion, which represents my value as Catholic,” says Capalla, who was president of the Knights of Columbus at Our Lady of Mercy Church in Daly City.

“I believe that Trump became president just for this very reason: to bring Jesus Christ back to America, a nation that is influenced more by pagan practices rather than biblical precepts, a nation that has turned its back from the Bible of which its very foundation the American Constitution is patterned from,” says Gobby de Leon of San Juan, Metro Manila.

A Born-Again Christian, the Philippine citizen occasionally travels to Northern California to visit his US citizen mother and sister.  He believes in the separation of Church and State but has definite observations of life in the US:  “All these pagan practices in the guise of human rights have decayed morality in a nation such as America, a super power whose influence is worldwide and far-reaching.”

Laskowski says Trump’s directness, patriotism and optimism awakened her own.

“As I have gained more experience, I feel it helps to be candid as much as possible,” says the California native who was educated in Ateneo de Davao and who returned to the US to help her ancestral homeland. 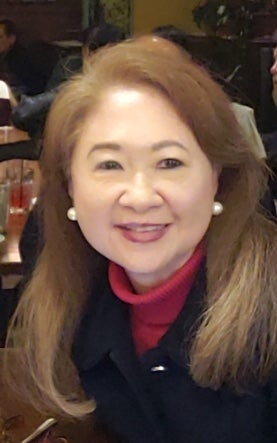 “I am extremely patriotic…I am an eternal optimist.  I always believe things can be improved if we have the passion, drive and commitment to move things forward.  After listening to the president directly (versus media’s requotes), I sense his optimism and I appreciate that.  Who wants to be in the company of people who sound like ‘America Haters’ or share messages about how horrible America is.”

Perhaps her personal lenses explain Laskowski’s view of the conviction of Michael Flynn, Paul Manafort and Michael Cohen as reflective of their former boss’ “humanity.”

“Humans are vulnerable and quick to trust at times:  Sometimes we fall victim to trusting the wrong people.  People who have other motives.  I have been on several boards and worked in several companies and have seen people gain trust of others only to stab them in the back.  It is awful.”

“It’s reasonable to judge him by the company he keeps. If Trump has employed a dirty lawyer with no ethics, it opens up the imagination as to what the president is capable of and that he is tolerant of unethical behavior in his colleagues,” says the great-granddaughter of Philippine Pres. Sergio Osmeña Sr.

Capalla finds no evidence linking Trump to the alleged crimes by convicted ex. “Nothing has been proven to connect Trump with any wrongdoing,” he says. “If that happens, I will be the first one to denounce him, but now, I give him benefit of the doubt.”

Where they agree is that the economy is in better shape under the present administration.  They concur that climate change is real and that the Affordable Care Act must be repealed.

What they would like to see is less tweeting, although Laskowski wonders if Trump is constantly on his thumbs because the media do not “fairly represent him.” Capalla attributes the daily dose of presidential tweets as “his only way to defend himself to his base” against “liberal media bias.”

On the other hand, Osmeña would like to see a kinder Trump.

He “lacks empathy,” she opines.  “This is a common deficiency in politicians and (empathy) would really benefit the population that is being served.”

Clements wishes Trump would listen more to his instincts that have earned him success rather than “permanent political class RINOS (Ed. – ‘Republicans in name only’) and beltway insiders.”

Trump’s alleged “collusion” with Russia is absent from their point of view.

Without a doubt, Trump is not interested in governing in the manner of the more recent of his 44 predecessors.  His personality tends to distract, says Laskowski.  Ignore the unorthodox style and focus on his policies, she urges, inviting Trump critics to ask themselves a simple question: “Do you feel you are better off today – financially, security-wise and emotionally?”

* The Electoral College consists of 538 electors. A majority of 270 electoral votes is required to elect the President. A state’s entitled allotment of electors equals the number of members in its Congressional delegation: one for each member in the House of Representatives plus two for Senators.  Trump received 304 electoral votes and Clinton garnered 227 while the other candidates received the remainder.